Isaac’s Square is one of the most beautiful and majestic squares of Saint Petersburg. Its ensemble includes several buildings, but the main one is, of course, Isaac’s Cathedral. The formation of the square took 300 years until the construction of Isaac’s Church. However, it got its final look in 1840s with the establishment of Mariinsky Palace.

It is the administrative square of Saint Petersburg. Apart from that, Isaac Square is included in the World Heritage Site of UNESCO.

Over its long history Isaac Square had different names. At first it was called as current Senate square, and the place next to Moyka river since 1738 was the Trade Square. Only after the construction of Isaac’s Cathedral the territory around it was named Isaakievskaya (or Isaac’s).

As Mariinsky Palace was built, the square changed its naming to Mariinskaya. In 1851 the name was changed again — to Nikolskaya, thanks to the monument of Emperor Nicolas I. This name didn’t stay long and disappeared from maps in 1917.

On October 6, 1923 Isaac’s Square got the name of the hero of revolution — Vorovskaya. The historical name returned to the square only on January 13, 1944. 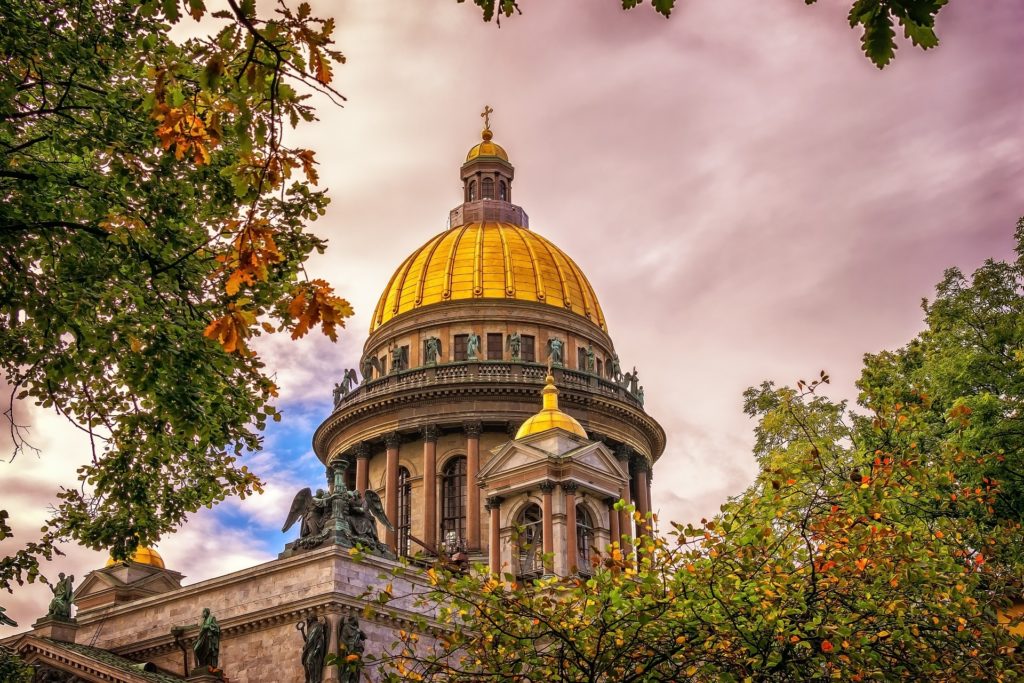 The square is surrounded by many buildings. As all these buildings were constructed at about the same time, in the middle of the 19th — beginning of the 20th centuries, the square has an organic view of a completed architectural ensemble. The oldest building there is Myatlev’s house, the newest — German embassy. But the major one is Isaac Cathedral, built for 40 years by architect Auguste de Montferrand. It’s the greatest dome building in the world that can fit up to 14 000 people.

Isaac square got its grand look in the second half of the 19th century when all the finishing works of the Cathedral were completed. Structural beams were removed, the territory was paved with cobblestone and trees were planted. During the Great Patriotic War instead of trees, people grew vegetables right in front of the Cathedral. 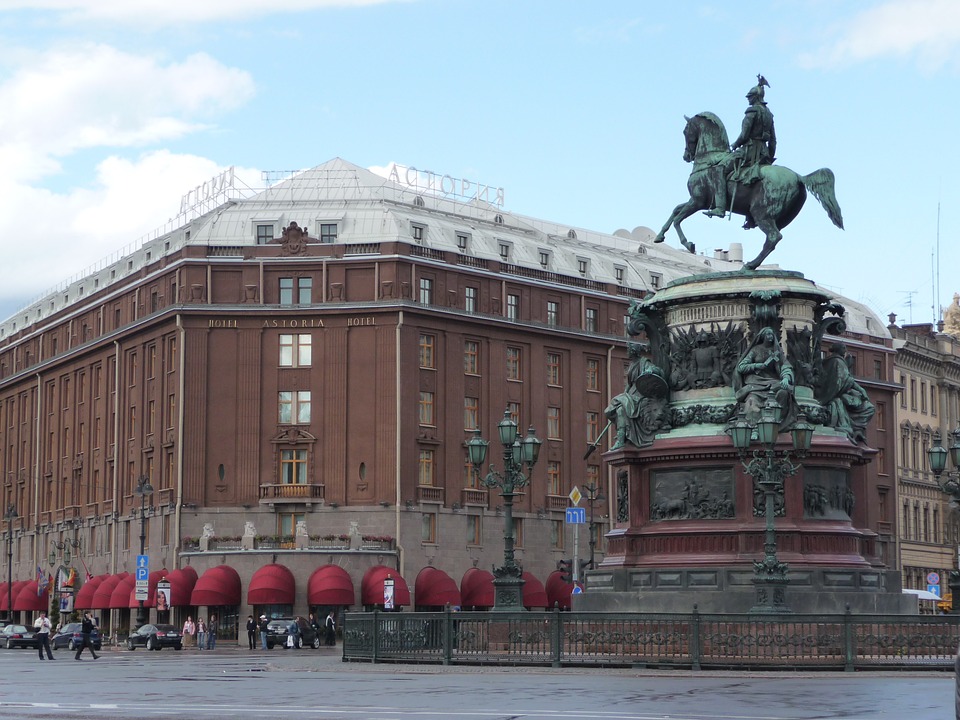 Monument to Nicolas I

The general idea to arrange the square that way belonged to the architect of Isaac’s Cathedral — Montferrand. In the centre of the square you’ll see the monument to Nicolas I by sculptors Clodt and Ramazanov. It was installed in 1859. The monument is unique as it leans on two points only. The pedestal is decorated by the female figures which symbolize Power, Wisdom, Belief and Justice. Emperor’s wife and daughters were taken as prototypes.

The monuments to Nicolas I and Peter the Great are located on the opposite sides to the Isaac Cathedral. But they stay on the same line and «look» towards the same direction.

It’s an outstanding construction in the southern part of the square was built in 1839-1844. The Palace was built was the Emperor’s daughter Mariya Nikolaevna, who told father that she either never got married, or lived with her husband in St Petersburg. Nicolas ordered to create a beautiful and comfortable home. He also picked the place himself.

The western part of the square is locked by the hotel, built to celebrate the 300th anniversary of Romanovs reign. Russo-Swedish architect Fyodor Lidval projected the building in the style of modern and neoclassicism. At that time it was one of the best hotels in Europe. During the Great Patriotic War, Hitler ordered not to bomb that building, as that’s where he wanted to celebrate the defeat of Leningrad.

It doesn’t only serve as a link between the two shores of Moyka river, but also represents an integral decorative element of the square. Initially it was made of wood and painted in blue. In the 19th century it was built of cast-iron. The bridge is 97 meters wide which makes it the widest one in the city. In the 20th century the bridge was reconstructed, but saved its look.

These are the major sights of the square. However, there are many other interesting historical buildings that you can learn of during a guided tour. 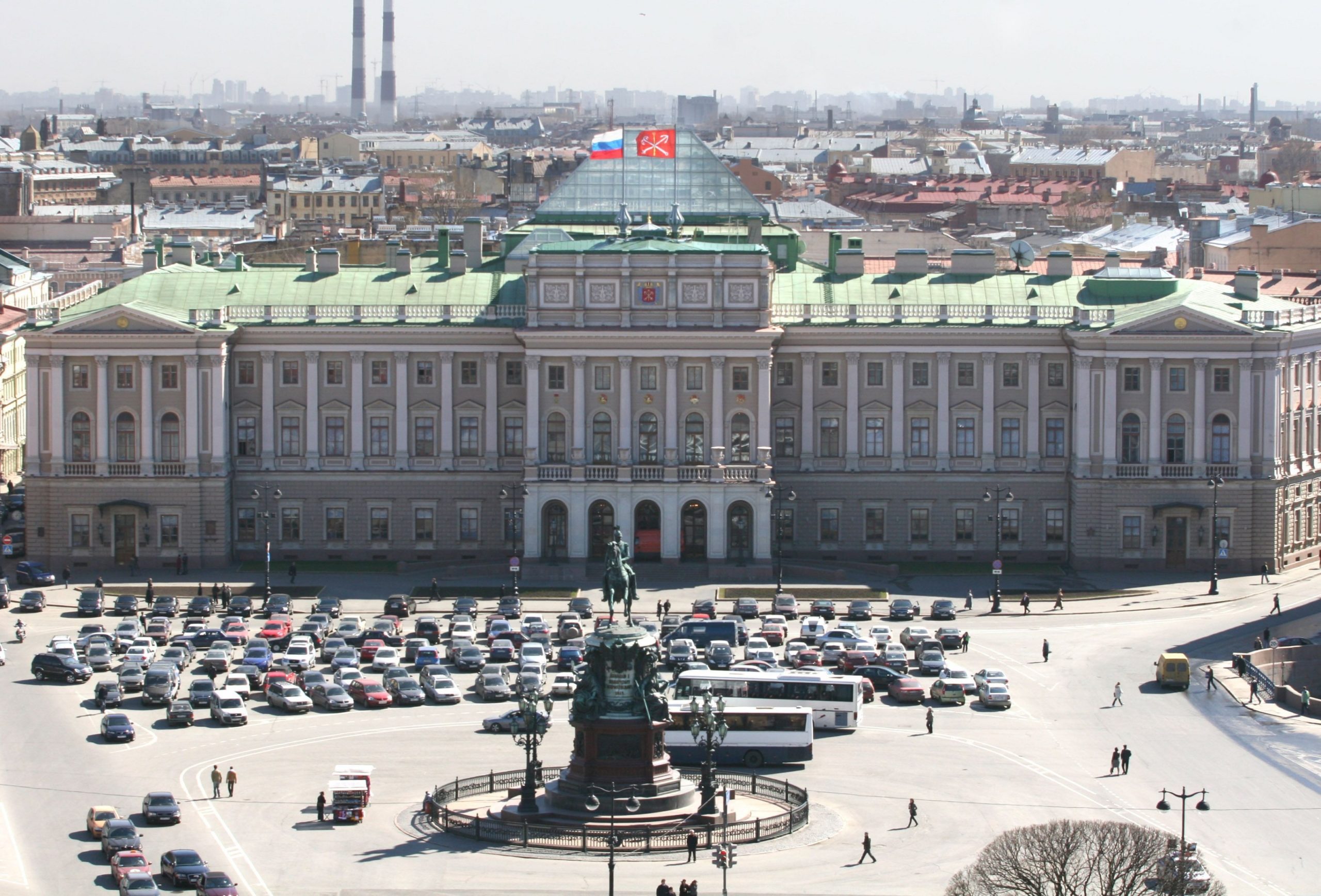 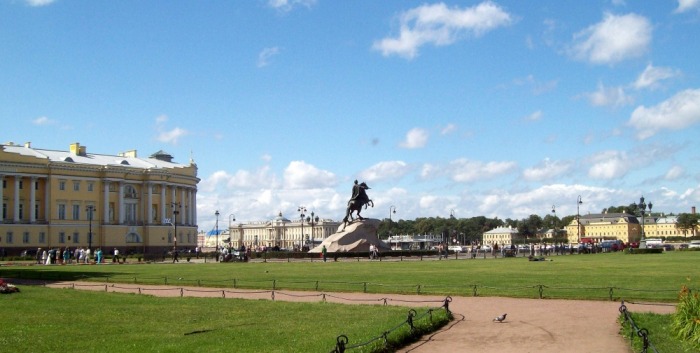 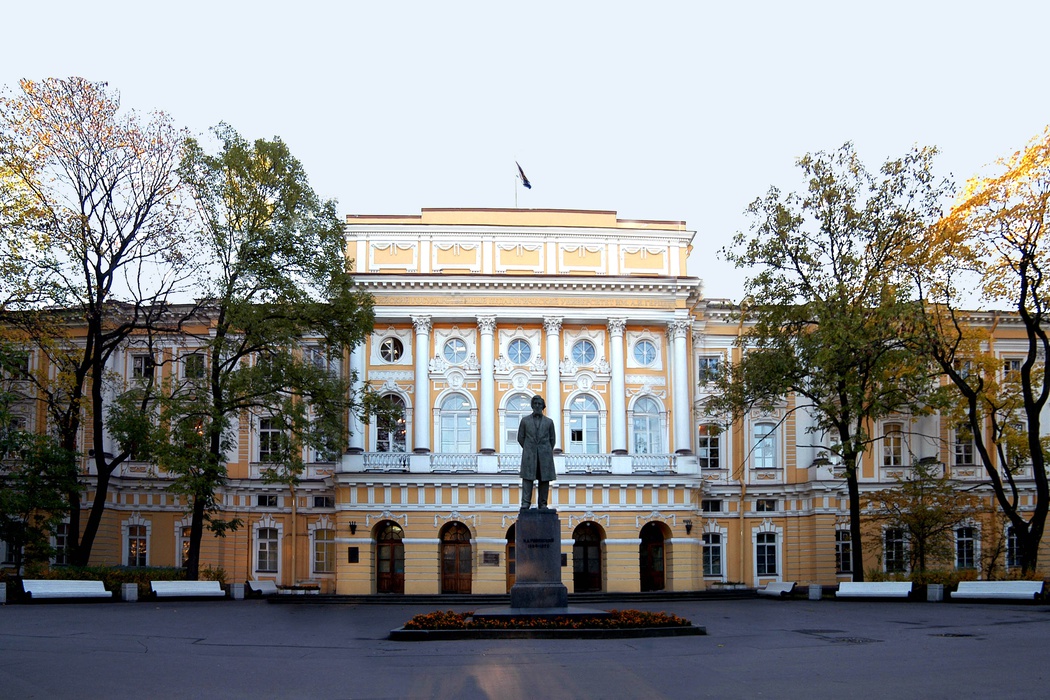