A legendary cruiser that currently serves as a museum ship of Saint Petersburg, Russia. Aurora is one of the well-known attractions of the city, its recognizable symbol with great history.

Aurora was one of three first rank cruisers together with Pallada and Diana, constructed at the New Admiralty dockyard in St Petersburg, and launched on May 11, 1900. It was named after the Roman goddess of the dawn on the order of Nicholas II. 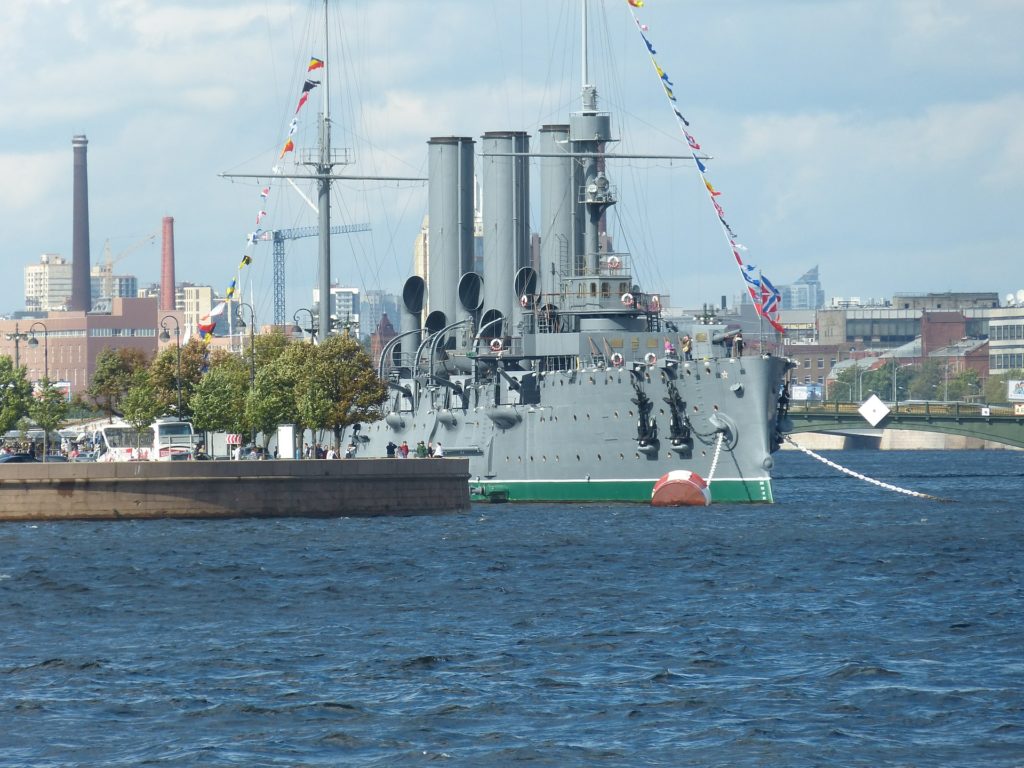 The first major battle the cruise took part in was in 1905 in Tsushima during the Russian — Japanese war. In spite of 18 hits by enemy’s shelling, the cruise coped to break through into the neutral waters of Manila, where it was interned.

In 1906 Aurora returned back to Baltic Fleet and became a ship for training naval cadets.

Shortly after, the cruiser started its movement and visited a range of countries during 1906-1912. In 1910 the warship went to the Italian city of Messina to get a medal for Russian sailors who participated in rescuing activities after the earthquake of 1908. Moreover, in November 1911 the crew of Aurora took part in the celebrations in honor of coronation of the Siamese King of Bangkok, the Kingdom of Thailand. 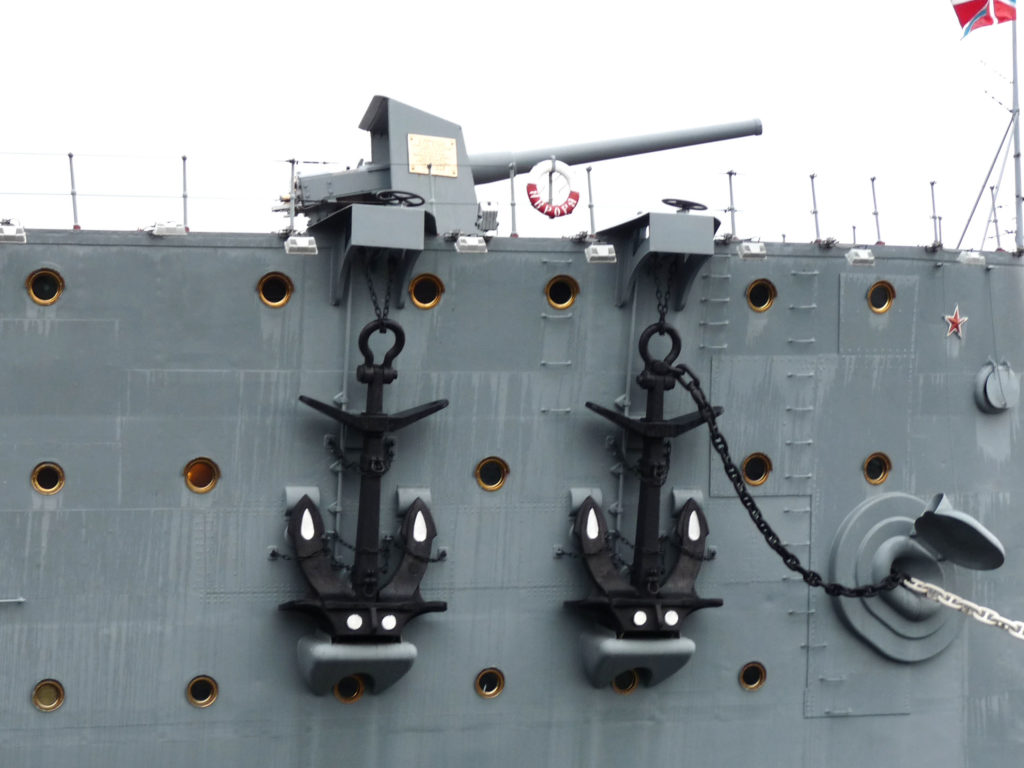 During World War I the cruiser Aurora, being a part of the second squadron, actively participated in the military actions on the Baltic sea, managing patrol missions and upholding the operations of land forces. At the end of 1916 it was put in Petrograd’s docks for repairs.

Probably, the finest hour Aurora is famous for was during the Bolshevik Revolution of 1917. On October 25, 1917 at 21.45 the warship launched a blank shot, signalizing the beginning of the assault to the Winter Palace. This moment was the beginning of over 70 years of the Communist governance.

After the end of the Civil war in 1922, Aurora became the training warship and till 1940 naval college students did practical work there. 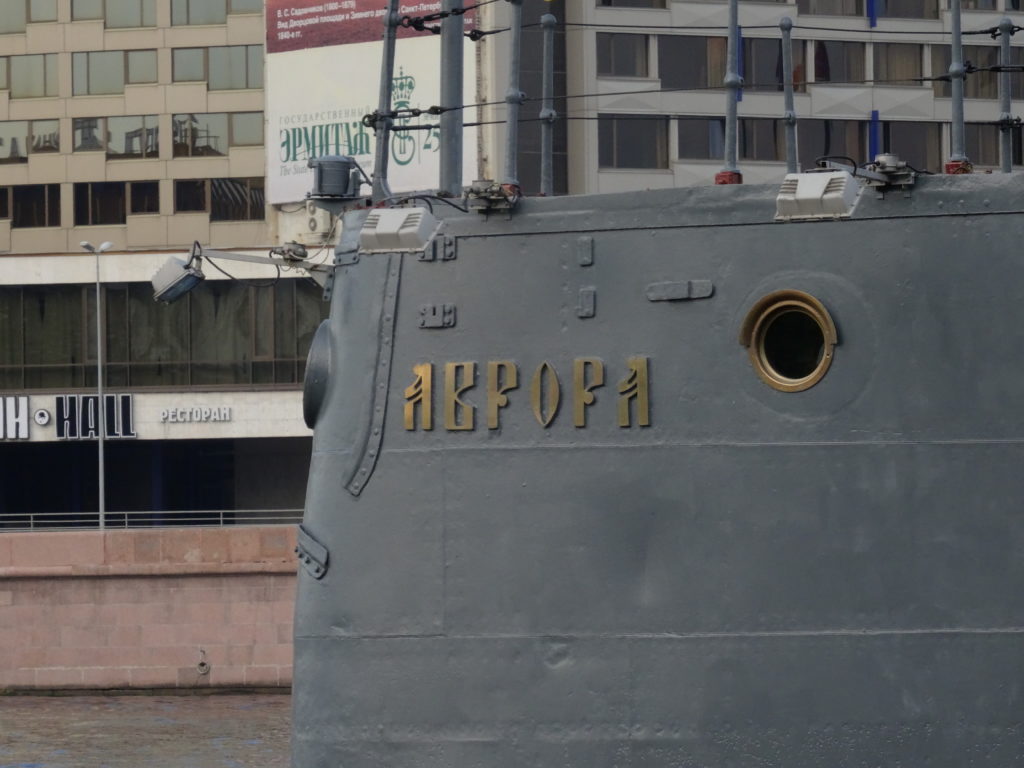 As World War II broke out, the cruiser Aurora defended Leningrad and had battles in the Chudskaya Flotilla and the Voronya Hills. During the Siege in 1941-1944, Aurora was moored in the Oranienbaum port where it was constantly shelled. As a result of many hits, the cruiser sank, but was raised in July 1944 and taken to repair.

Already after, in 1948 Aurora found its current location, at the Petrogradskaya Embankment of the Neva River, where it was utilized as a training ship by the Nakhimov College students.

In 1956 the cruiser Aurora turned into a museum, a branch of the Central Naval Museum. The Saint Andrew Naval Banner was raised on the ship in July 1992.

Nowadays, the cruiser is one of the many famous tourist attractions of St Petersburg. It is the oldest commissioned ship of the Russian Navy, maintained by an active service crew commanded by a Captain of the 1st Rank. 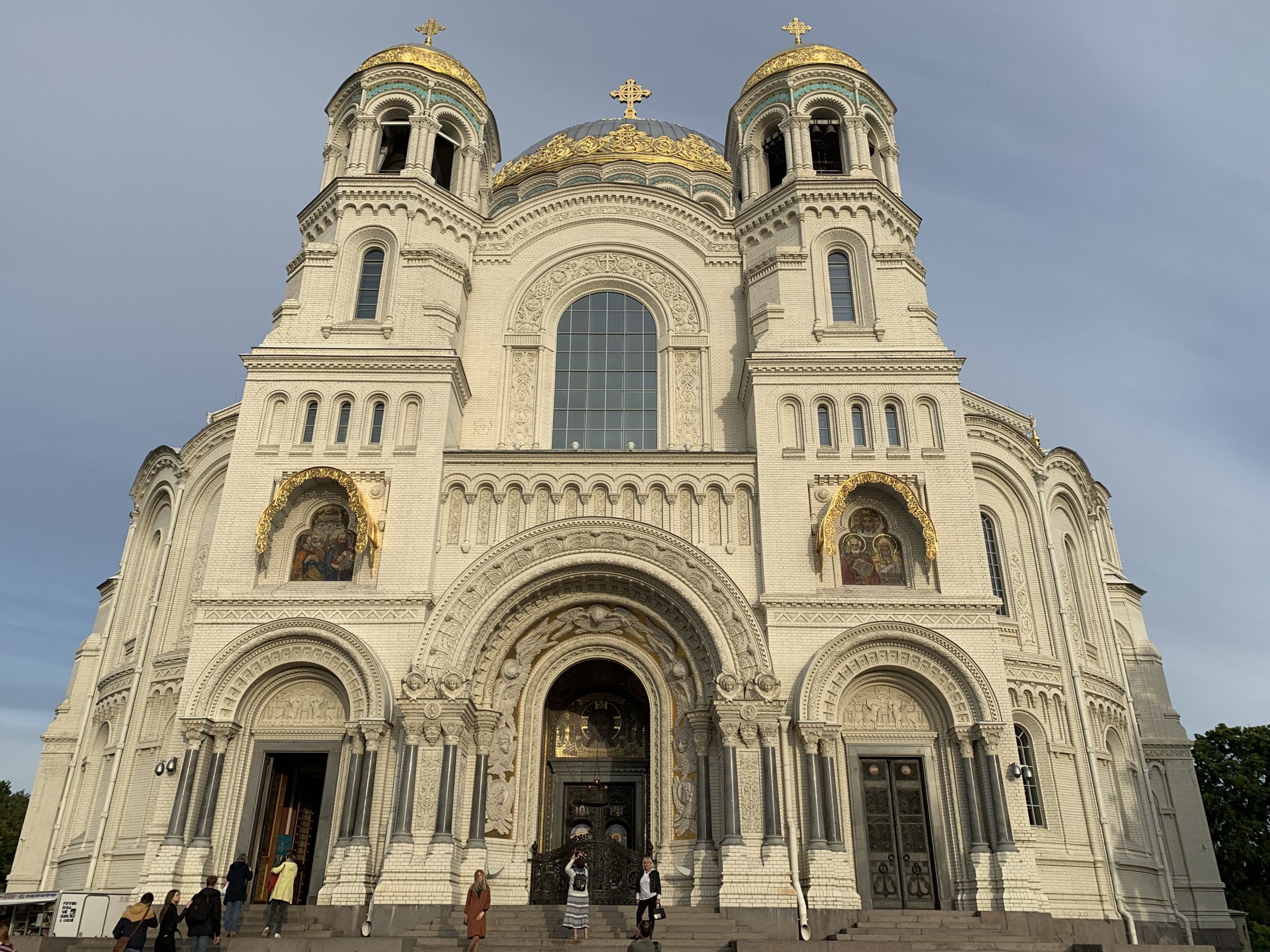 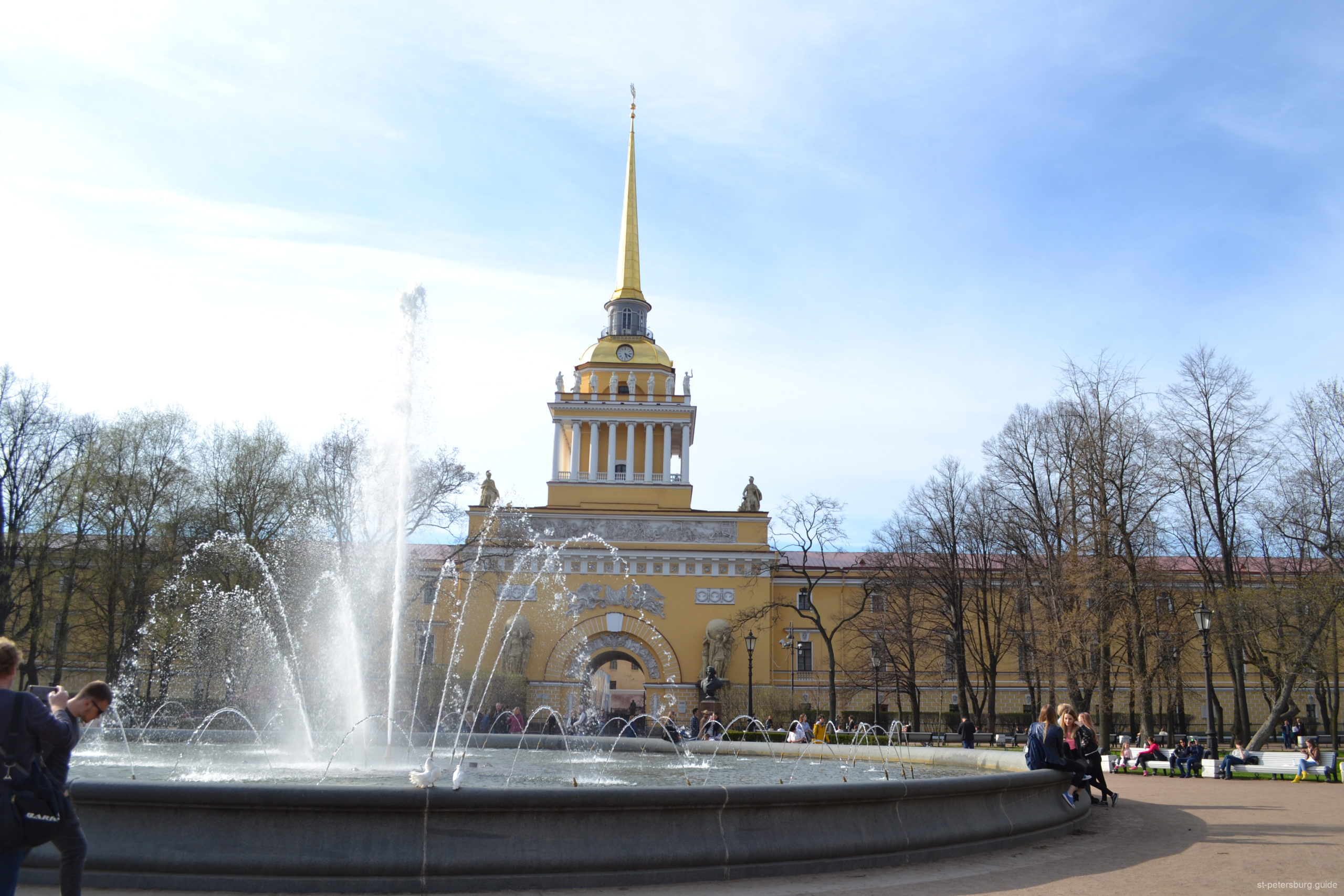 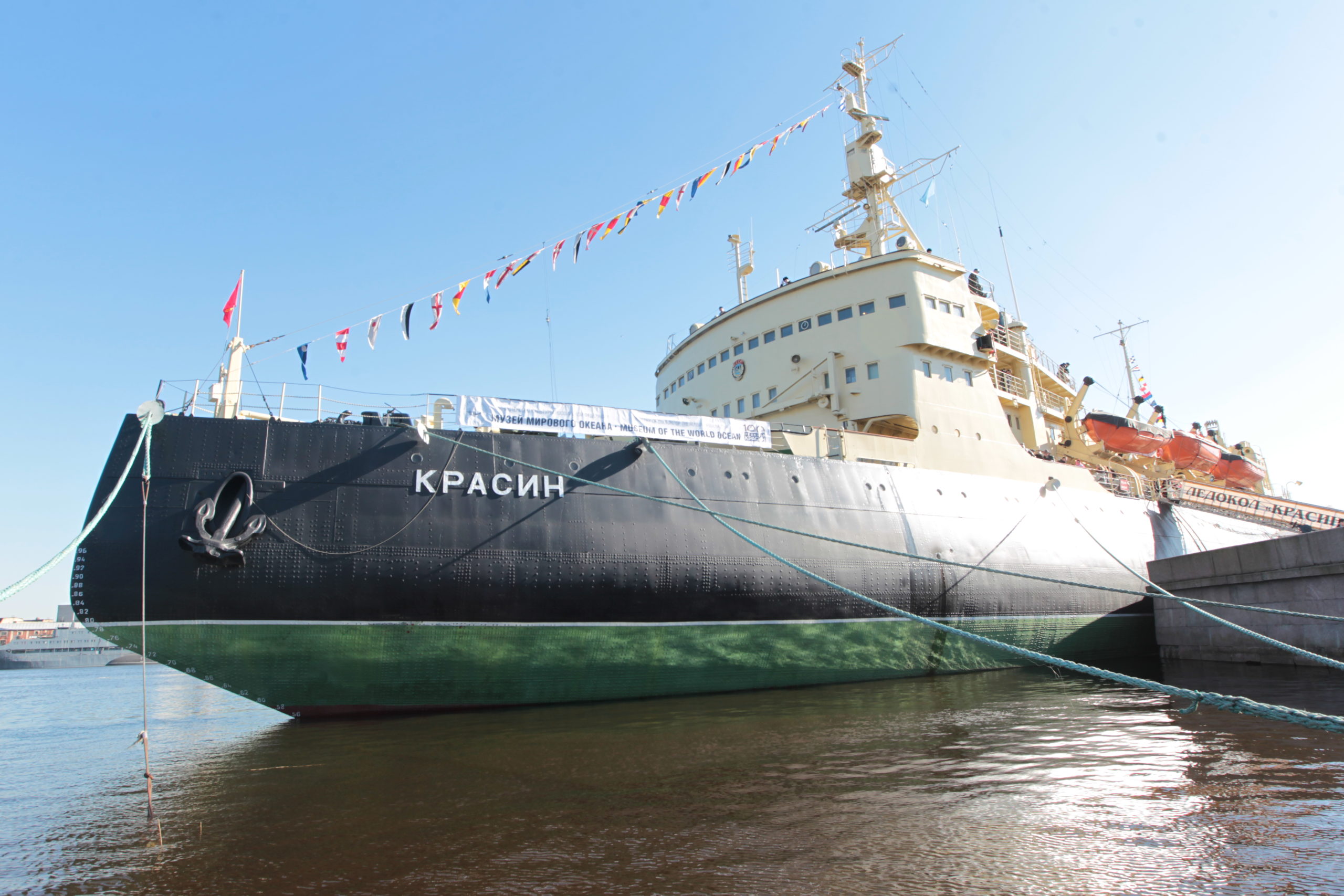 Cruiser Aurora is a part of my private tours: