The territory behind the Moscow outpost was built up in the 30s of the 19th century. The architect suggested a great project with statues, columns and a chariot to commemorate the victory in the Russo-Turkish War. The project was not accepted, and the architect had to simplify the design, replacing the chariot and a part of statues. 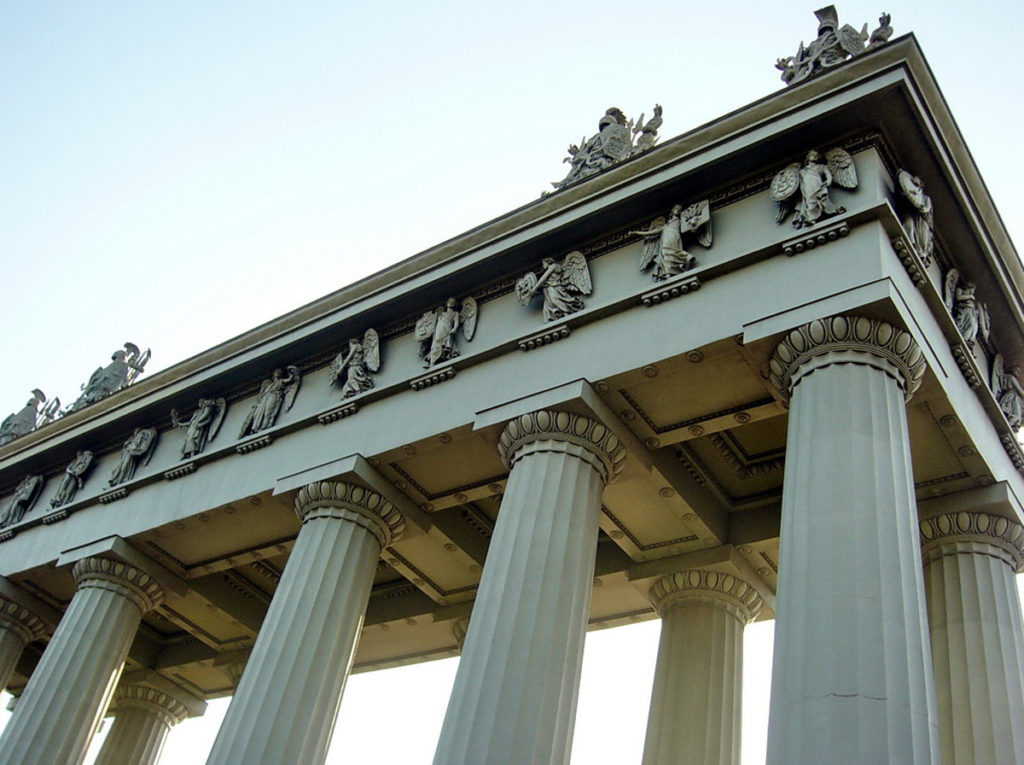 Huge gates were assembled in parts in 1835, and the final version of the monument was ready in 1838. The arch was decorated with cast-iron sculptures, design by Boris Orlovsky. The Emperor Nicholas I wrote the inscription himself.

The Moscow gate is 24 meters high and 36 meters wide. It consists of 12 cast-iron columns, 2 meters in diameter each. The arch is decorated with winged girls with shields that present 36 coats of arms of Russian provinces. At the very top of the Moscow Triumphal Gate there is a composition of military trophies: shields, helmets and spears.

In 100 years, when the territory was reconstructed, the arch was disassembled. During the Great Patriotic War, the cast-iron parts of the gate were utilized as anti-tank constructions. It was at the end of the 50s of the 20th century when the arch was reconstructed and established on the same location. Restored Moscow Triumphal Gate was designed by architects I. Kaptsug and E. Petrova. Many original parts were replaced by metal pieces.

Since October 1968, the square has been called Moskovsky Vorota (the Moscow Gate). The same name was given to a close-by metro station.