The impressive monument located on Victory Square (Russian: Ploshad Pobedy) is among the first city sights you see when travelling from the southern direction, i.e Pulkovo airport. 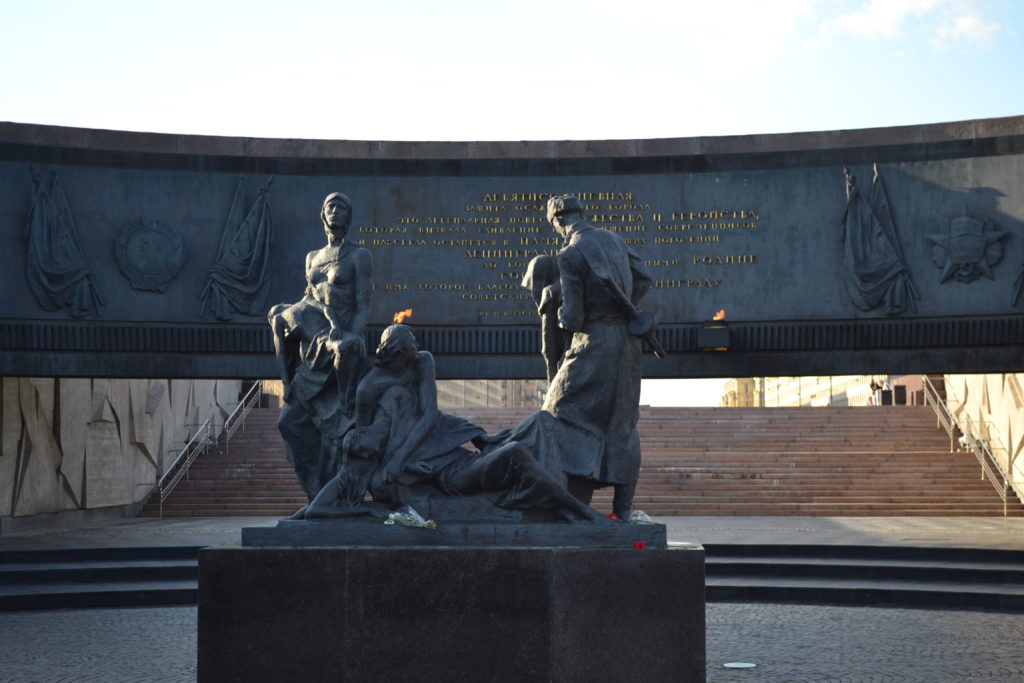 It was designed by Sergey Speranskiy and Valentin Kamenskiy, and sculpted by Mikhail Anikushin. The monument was established in 1975 in the memory of the heroic residents of Leningrad and soldiers of the Front who fought against the Nazis during the Siege of Leningrad and the tremendous Victory of the Soviet Army and its Allies during World War II. 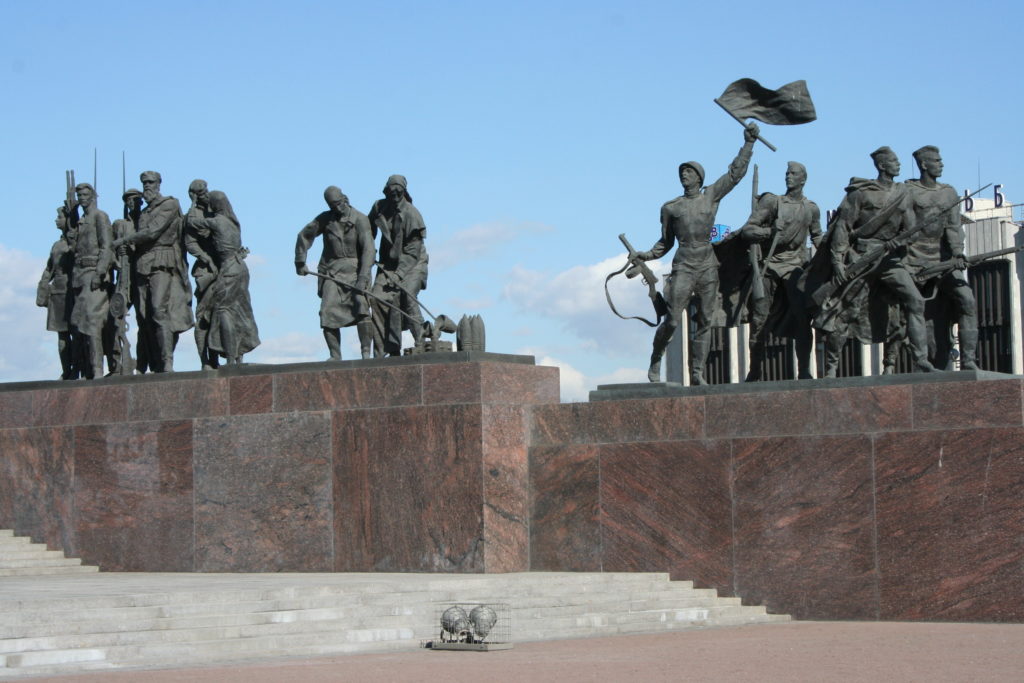 Memorial represents a very complex and multi-layer constructions that consists of the major parts: 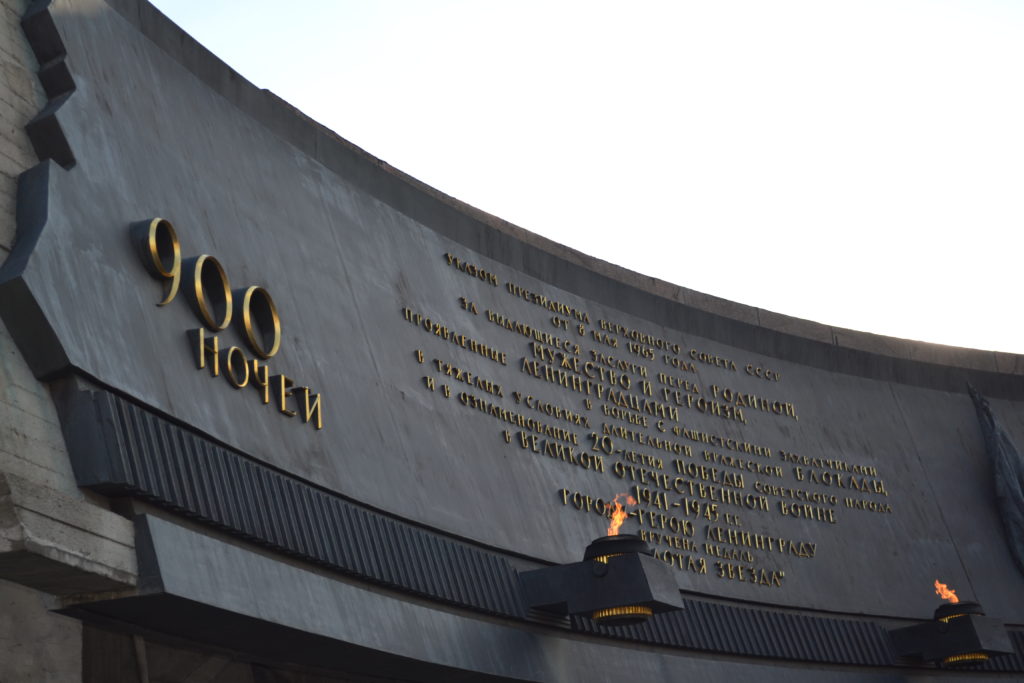 In the centre of the Memorial Hall there is a sculptural composition with figures of almost the human height, so the viewers can greater understand the sorrow of Leningrad’s citizens and realize a tiny thread between life and death.

Nowadays the Underground Memorial Hall works as a branch of the State Museum of the History of Saint Petersburg. Along the walls of the Hall there are 900 lamps in a shape of candles, signifying the number of days of the Siege. In the Memorial Halls you can see 12 artistic historical expositions with documents and items of the Great Patriotic War. Additionally, there are a mosaic panel “1941-the Seige” and “the Victory” by S.N. Repin, I.G. Uralov, N.P. Fomin, an electronic map “Heroic Battle for Leningrad”, a marble board with the names of almost 700 city defenders. In 1995 the volumes of the Memory Book with the names of civils and soldiers protecting Leningrad were included in the exposition. 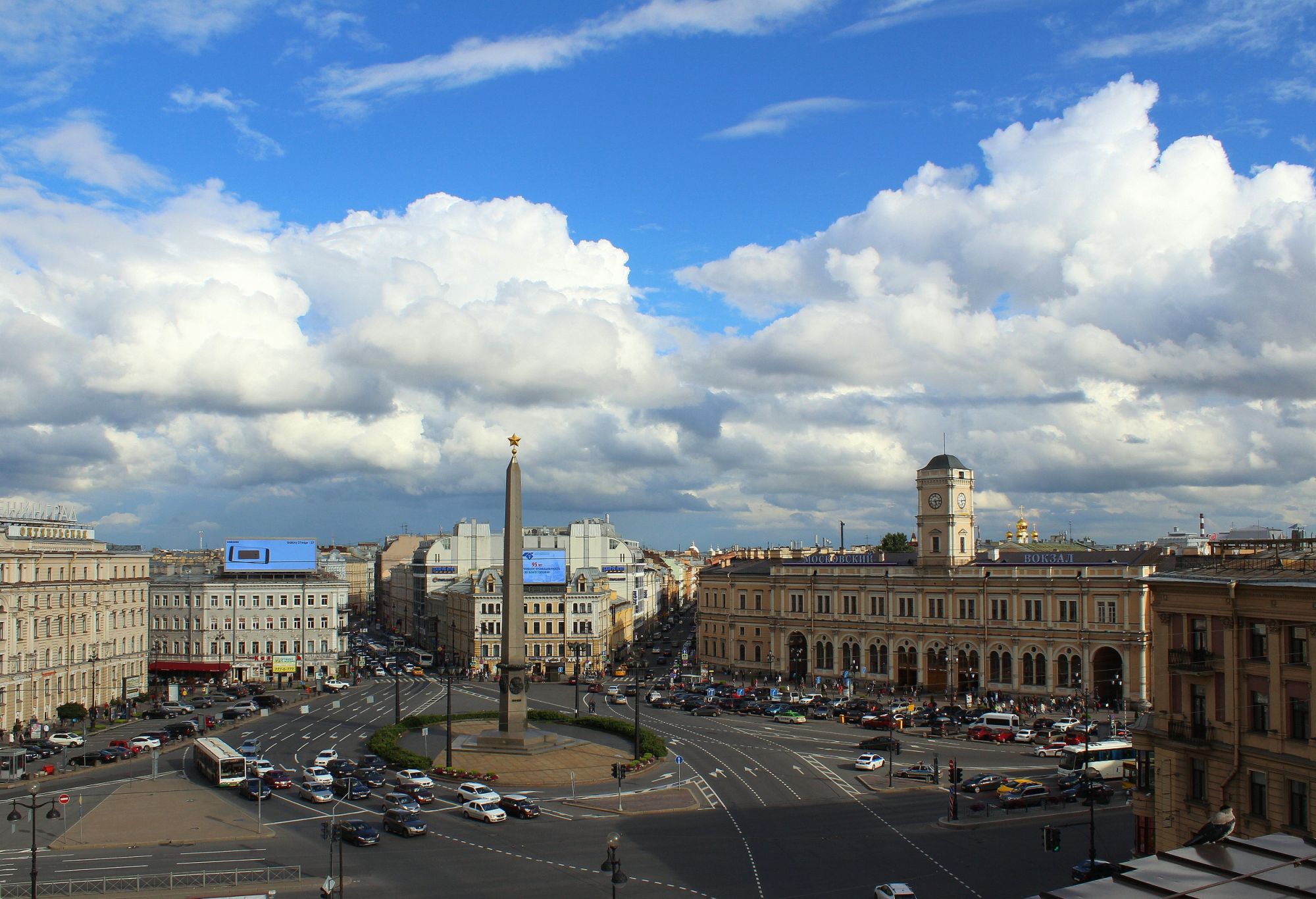