The legendary Alexandrinsky Theater is the oldest national theater in Russia. It was established by a Senate Decree signed by the daughter of Peter the Great, Empress Elizabeth on August 30, 1756. The theater became the first state public theater in Russia and began its regular performances in the former Golovkin house on Vasilievsky Island. Subsequently, the building was rebuilt for the Academy of Arts. It was this theater that became the progenitor of all Russian theaters, and the date of its foundation was the birthday of the Russian professional theater.

Thirty years later, the Russian drama troupe, along with opera and ballet troupes, began their performances in the building of the newly built Bolshoi Stone Theater in St. Petersburg, which was subsequently rebuilt for the St. Petersburg Conservatory opposite the current Mariinsky Theater. 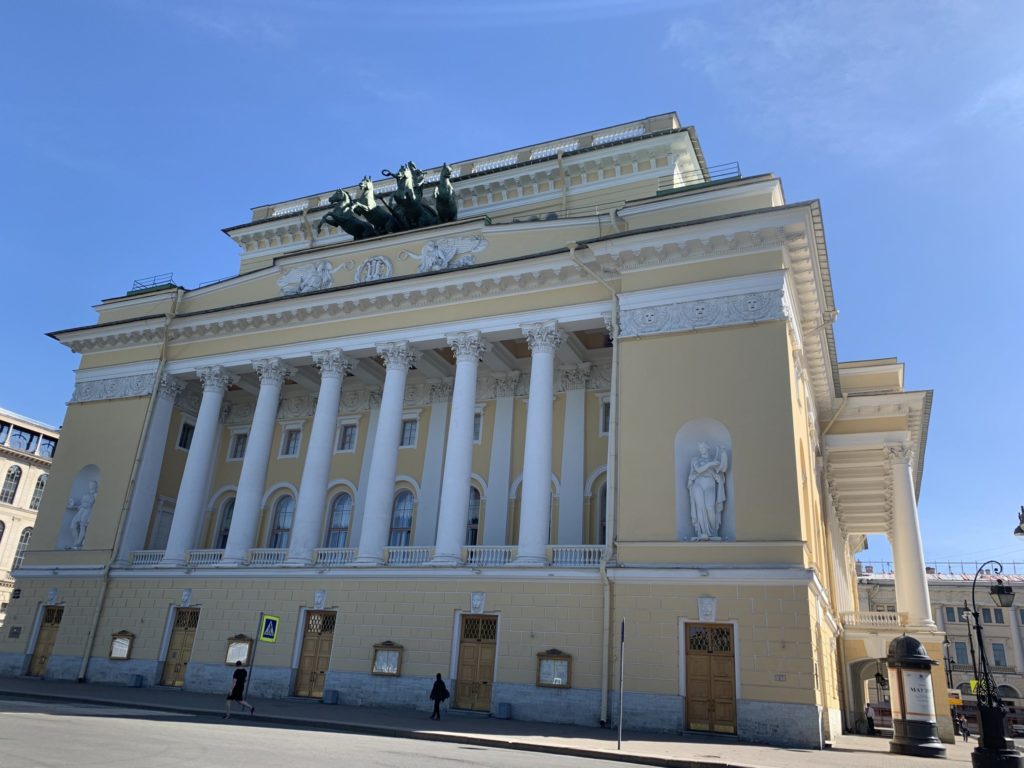 In 1832, the Russian State Drama Theater received a magnificent building in the center of Nevsky Prospekt in St. Petersburg, designed by the great architect Karl Rossi. This building was named the Alexandrinsky Theater in honor of the wife of Emperor Nicholas I, Alexandra Feodorovna.

The main facade of the theater, from the side of Nevsky Prospect, is decorated with a deep multi-column loggia, the space of which is made, as if it were, a part of the Square. The side facades of the building are made in the form of eight-column porticos. An expressive sculptural frieze with antique theatrical masks and garlands of laurel branches surrounds the building. In the niches on the end facades, there are statues of the muses, on the attic of the main facade there is the quadriga of Apollo. One of the outstanding sculptors of this time – Demut-Malinovsky, carried out the work.

The building of the Alexandrinsky Theater became the center of a whole architectural ensemble: from the rear facade stretches a street later called “Architect Rossi” – an example of the golden section in urban planning, at the same time, a cozy garden was laid out in front of the building, later named Catherine after the monument to Catherine 2 that appeared in the center.

The walls of the Alexandrinsky Theater keep the memory of the great figures of the Russian state, politicians, military leaders, and cultural figures. A. Pushkin, N. Gogol, I. Turgenev, F. Dostoevsky, L. Tolstoy, A. Chekhov, P. Tchaikovsky, A. Gorchakov, S. Witte, P. Stolypin, K. Mannerheim, many crowned heads of European states and, of course, the imperial couple of the Russian Empire. 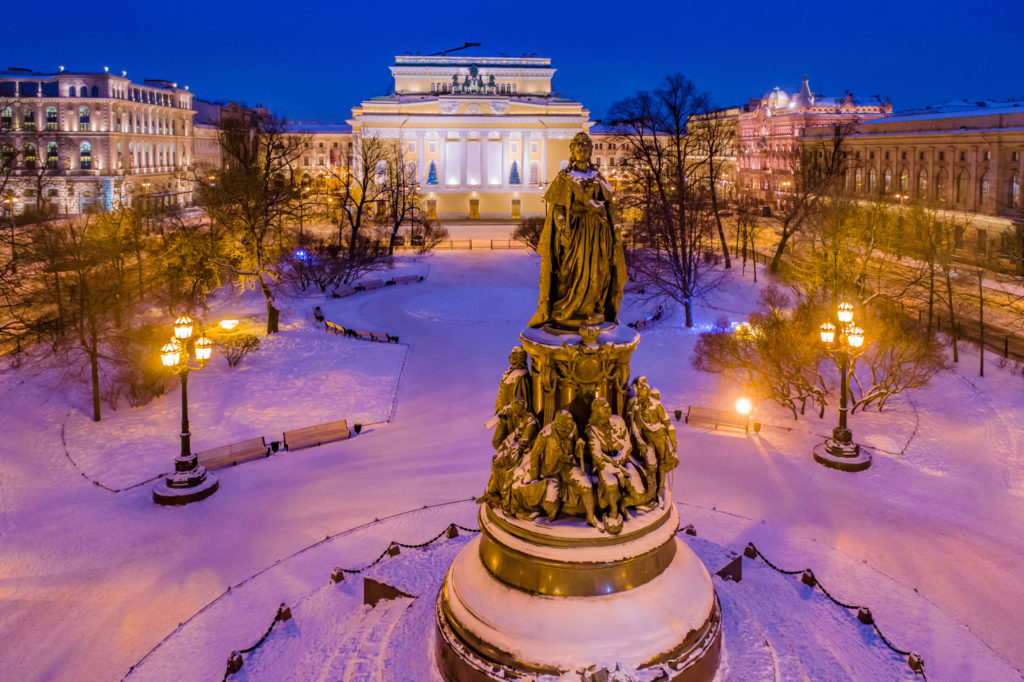 Among the great oldest national theaters in Europe – the Parisian Comedie Francaise, Vienna’s Burgtheater, London’s Drury Lane, Berlin’s Deutsches Theater – the Alexandrinsky Theater takes pride of place, serving as a symbol of the Russian National Theater. The theater possesses unique collections of scenery, costumes, furniture, theatrical props, weapons, the richest museum funds that can be exhibited both in Russia and abroad in the most prestigious exhibition spaces.

The new stage of the Alexandrinsky Theater was opened on May 15, 2013. The modern unique architectural complex of the New Stage was built according to the project of the St. Petersburg architect Yuri Zemtsov on the site of the former theater workshops between Ostrovsky Square and the Fontanka embankment. The new stage is a multi-level space that includes 4 halls of different capacities and a spacious two-level foyer, equipped with the most advanced lighting, sound, video and media equipment. 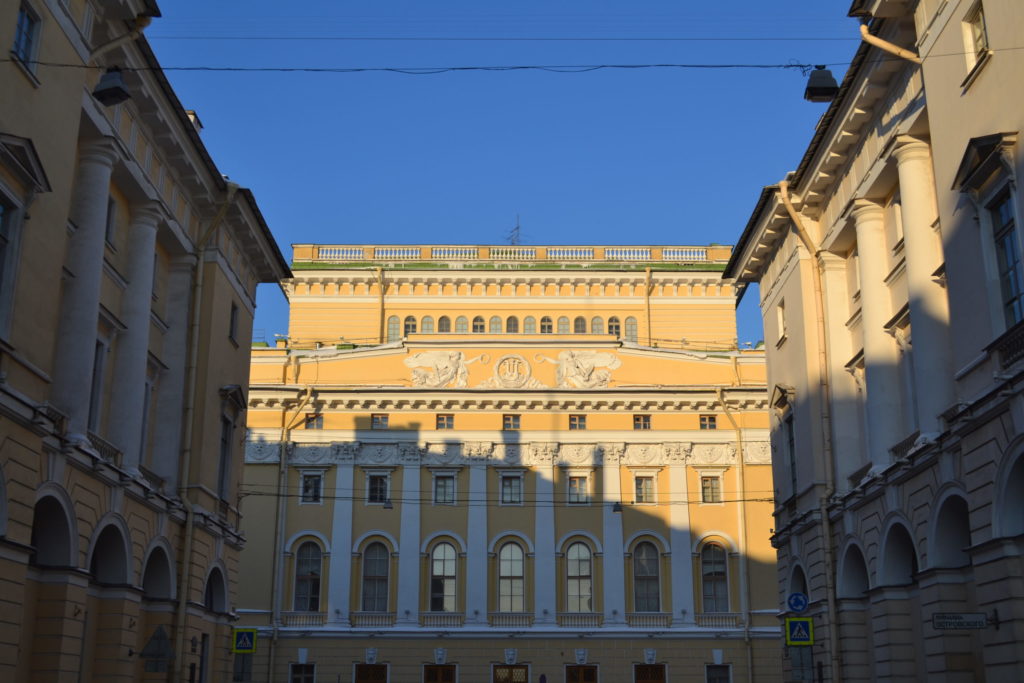 Since 2003, the theater’s artistic director has been a director with a European name, People’s Artist of Russia, laureate of Russian State Prizes Valery Fokin. The theater’s modern repertoire includes such performances as

Also on the stage of the theater is the ballet troupe named after P. Tchaikovsky performs with the famous Swan Lake and the Nutcracker. 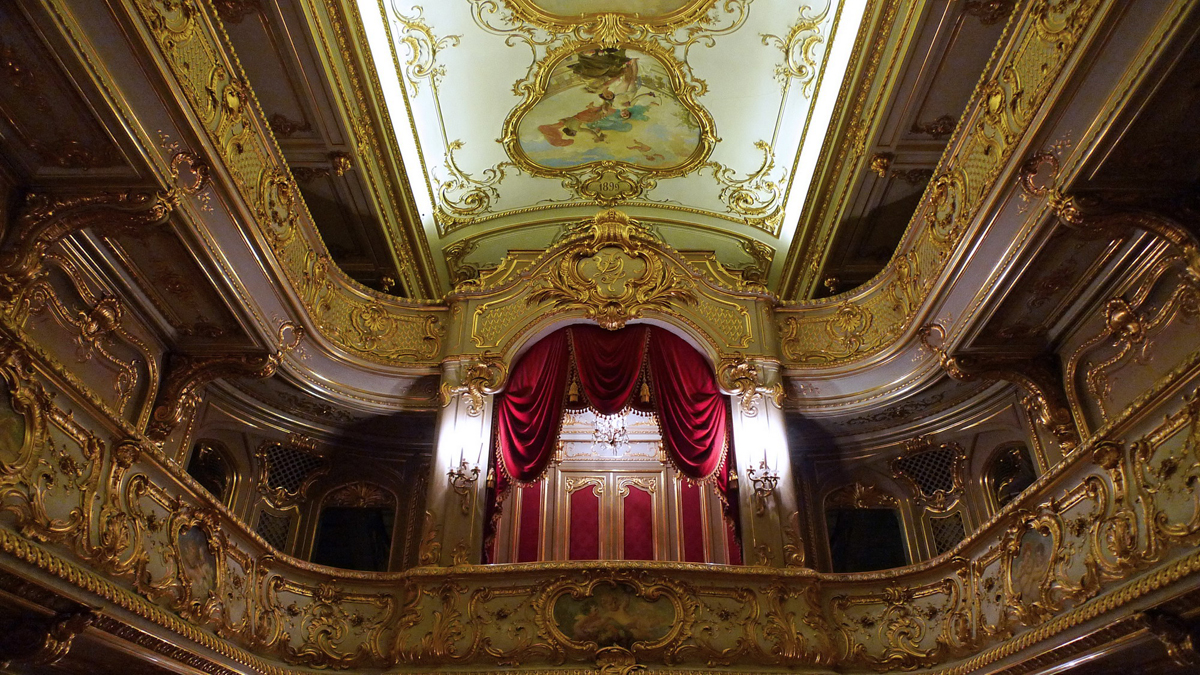 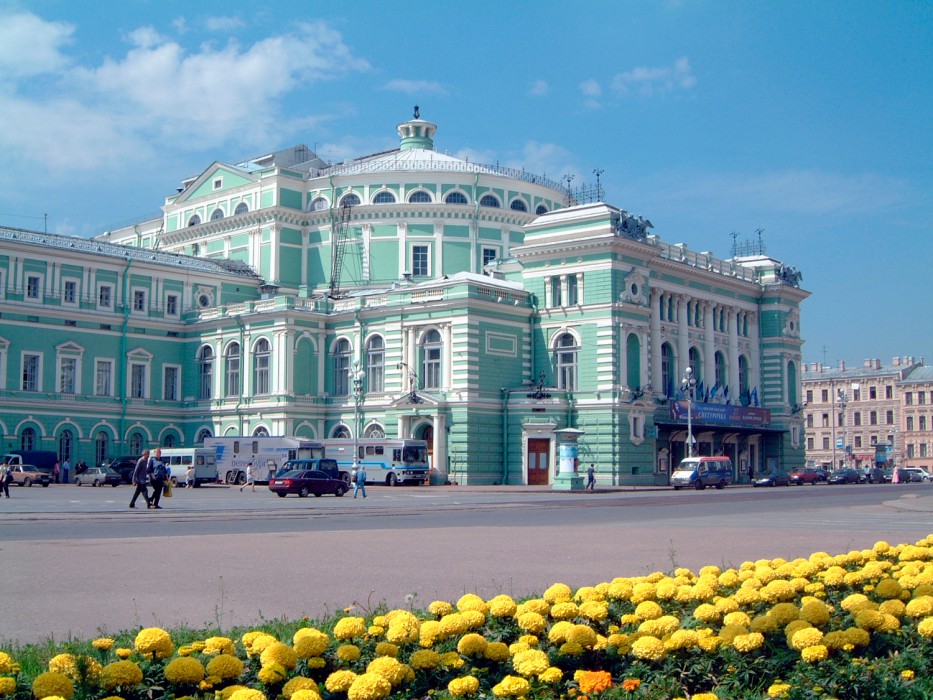 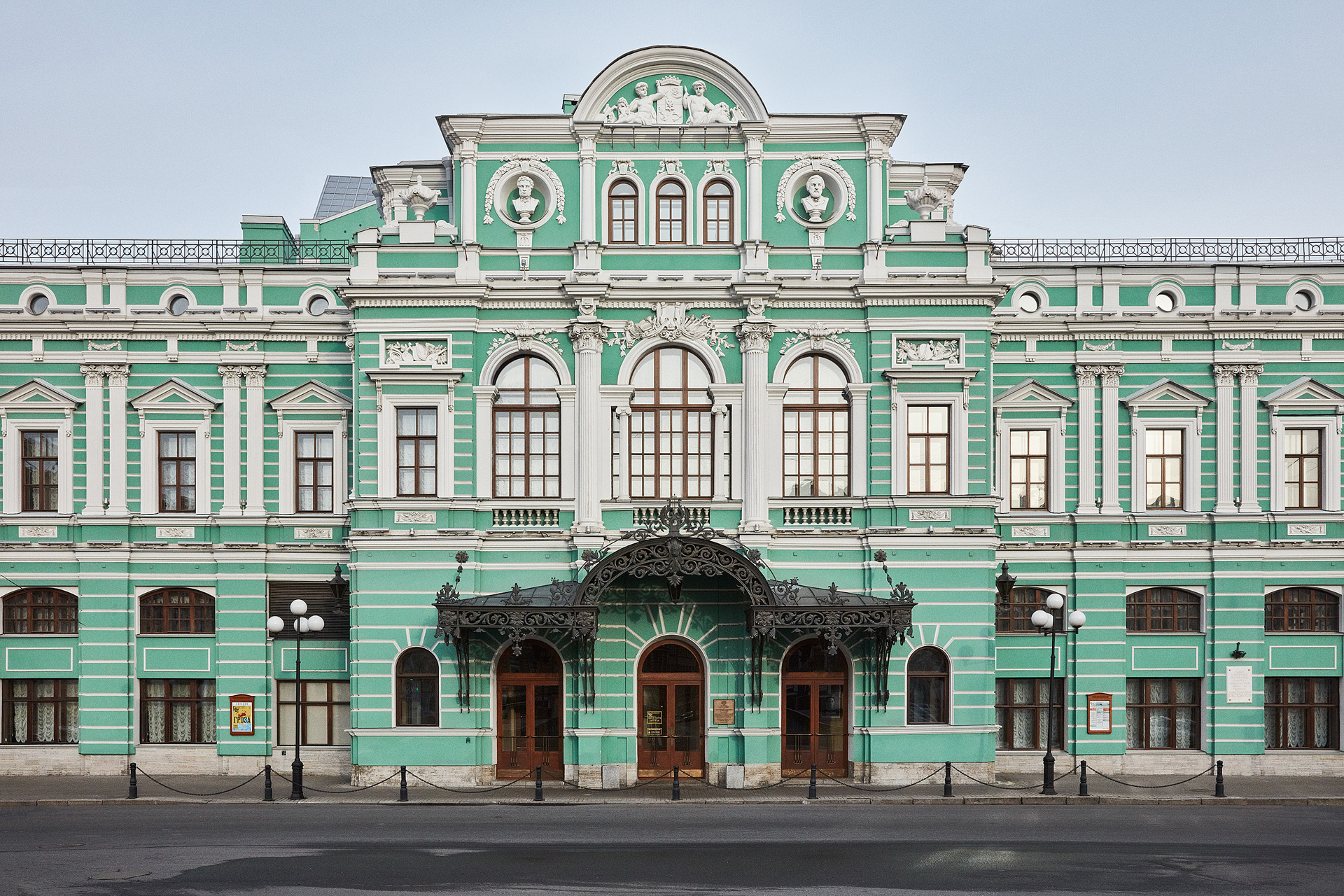