The Bank bridge is a beautiful pedestrian bridge that is protected by wonderful and mysterious myth griffons. It is one of the three “animal” bridges of Saint Petersburg, situated on the Griboedov Canal. The bridge opens a fascinating view on such city attractions as Nevsky Avenue, Church of the Savior on Spilled Blood, Singer House and the Kazan Cathedral.

The fairy lion-headed gold-winged animals easily hold massive chains in their predatory teeth. They strengthen the Bank bridge, and the overall construction looks weightless, soaring under the canal waters.

The Bank bridge that connects Kazan and Spassky islands of the Northern capital was constructed by the engineer Wilhelm von Traitteur. Its “monetary” name came from a close-by financial entity – the Assignation bank. This location also defined the mythic look of the installation.

Cast-iron griffons were chosen as an adornment for a reason. They were sculpted by Pavel Sokolov. Since antiquity, winged lions have represented the unity of power and mind; they have been the custodians of ways of salvation, treasures and secret knowledge. In the Christian times, lions with wings symbolized Saint Mark. 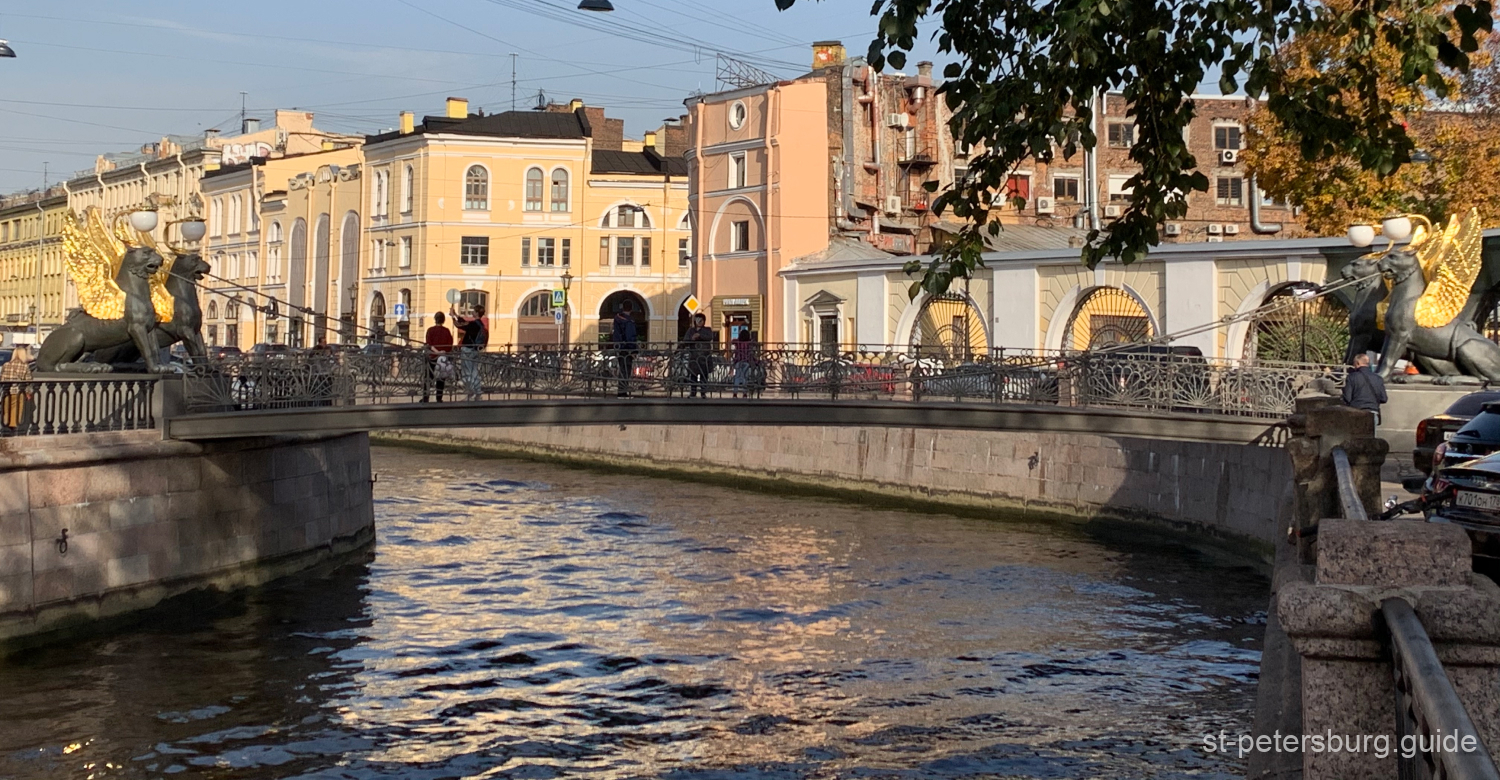 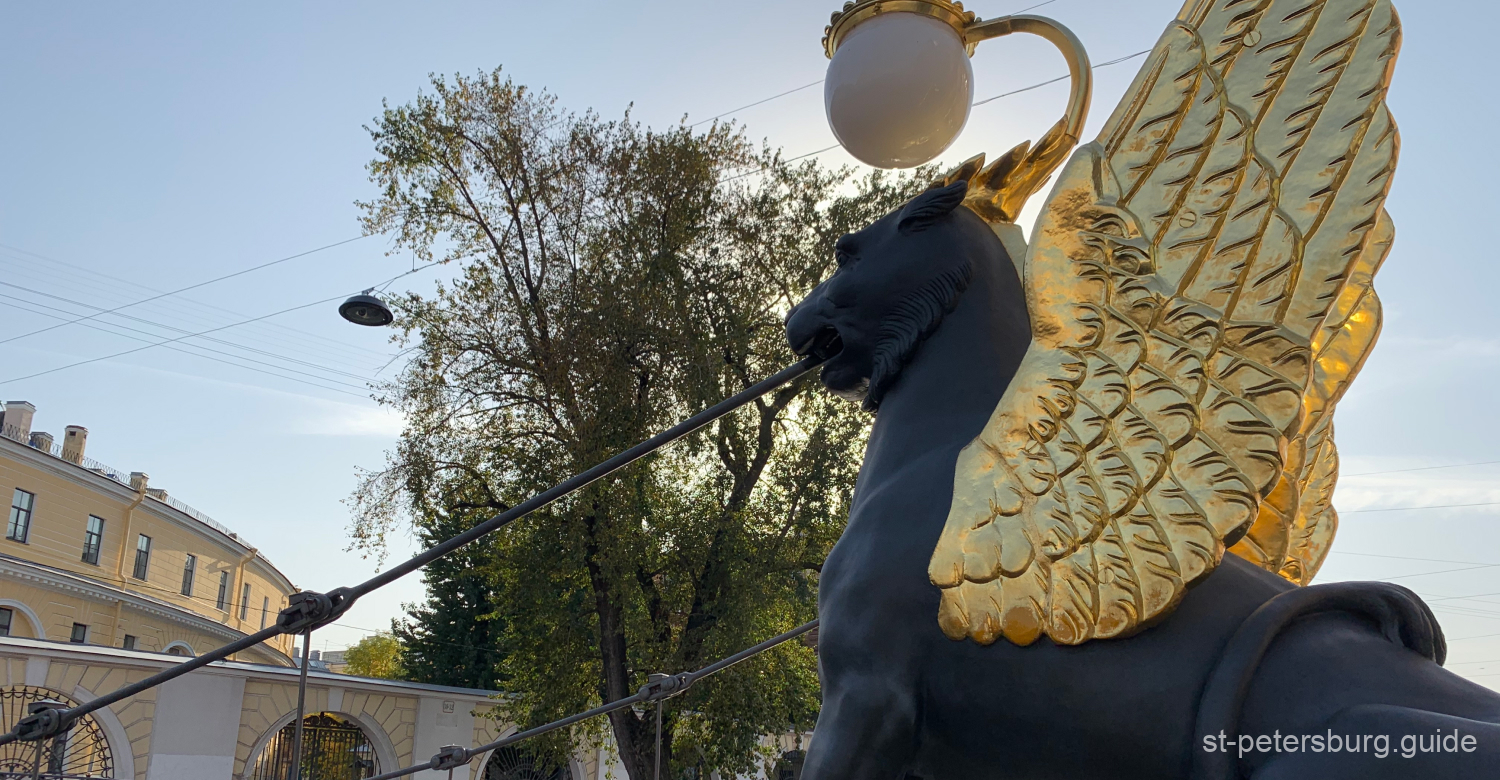 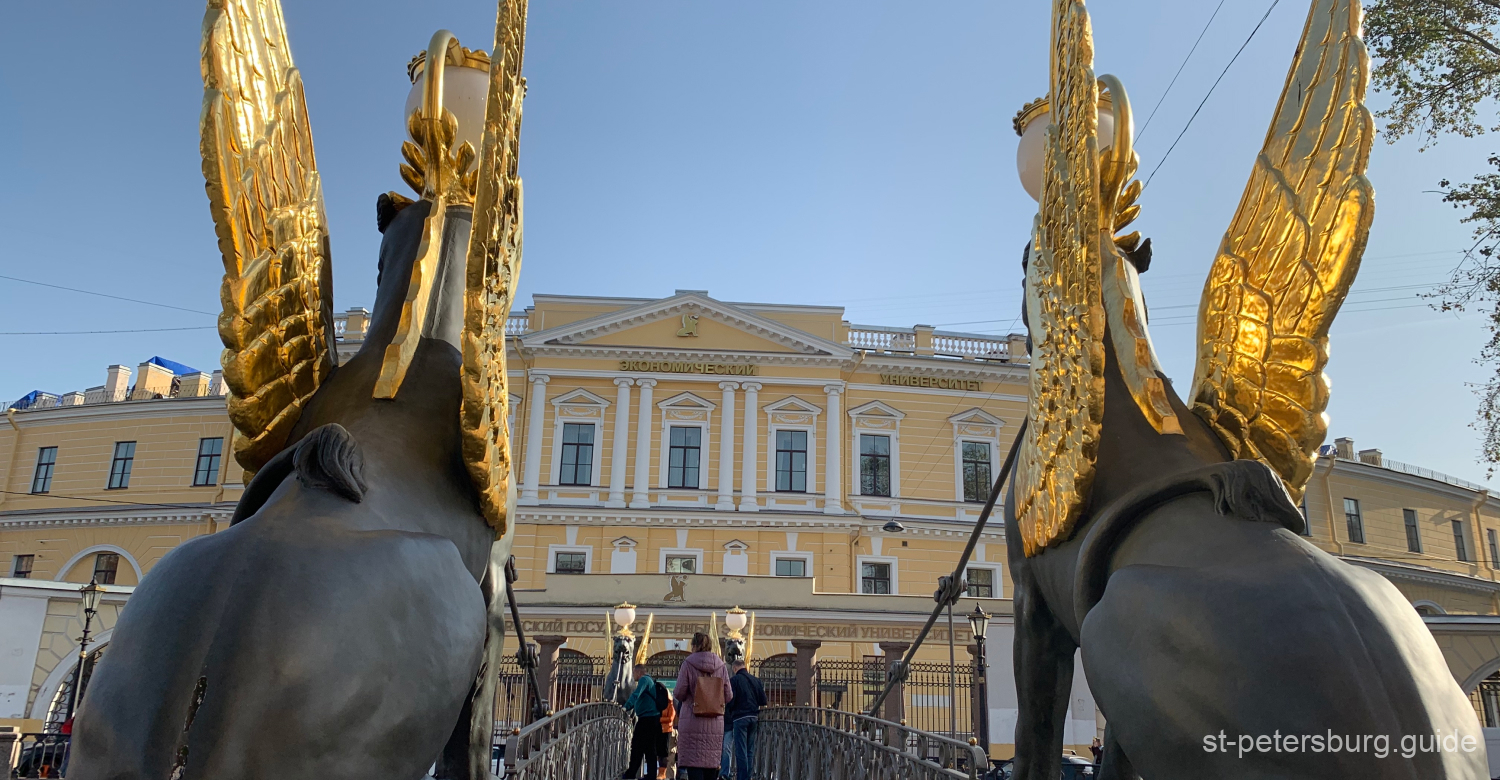 The Bank bridge across the Griboedov Canal opened on July 24, 1826. It is 25 m long and 1,85 m wide. Interestingly, over 9 000 city residents came to look at almost 3 m high statues on the opening day. Cast-iron spherical lamps were fixed upon lions’ heads.

In 1949, the wooden deck of the Bank bridge was removed due to its emergency condition, while the spans, supporting elements and railings were refurbished. The golden decorative elements that masked joint knots, as well figure lamps were restored in 1967.

Nowadays, as well as in the past, the sculpted griffons are protecting the Bank bridge. Instead of “national treasures” they keep an eye on talents and “secret knowledge” of students of the Saint Petersburg State Economical University that’s situated in the building of the former bank.

Magnificent griffons got their historical look during the restoration works of 2017. Their bodies were covered with dark bronze, covered by old patina. The sculptures were restored according to the sketches of Wilhelm von Traitteur. It’s suggested that these mythical creatures bring luck. Interestingly, a true treasure of coins and notes was found under the statues in 2008. They belong to people who were making wishes for almost 200 years of statues’ existence.