The battleship Poltava project is a faithful recreation for museum purposes of the first large ship of the Russian Navy, launched at the St. Petersburg Admiralty in 1712.

The choice of the name of the ship was not accidental – in honor of the place where the decisive battle of the Northern War took place, which ended with the destruction of the Swedish royal army. The appearance of a domestic sailing ship of this class demonstrated the increased skill of Russian shipbuilders and their ability to build powerful and modern ships that are not inferior to foreign models.

We are often mistaken in thinking that now, in the 21st century, all factual history has long been known, described and documented, and that we can only argue about its interpretations. If you take a question more seriously, then many popular and obvious things will be unexplored and forgotten.

The times of Peter I seem to be one of the most grateful and studied topics: the personality of the reformer emperor, the founder of the Northern capital, was actively involved both in the Russian Empire and in the Soviet Union. Thousands of works have been written about this era and hundreds of museum expositions are devoted to it. In St. Petersburg, a rare holiday will do without the figure of Peter, and a rare mention of the city will sound without the expression “window to Europe”. But what do we know about this “window”? And how do we imagine the Peter’s fleet – the cradle of the Russian fleet?

A real boat of Peter has reached us, but not a single ship of the 18th century fleet, naturally, has survived – all of them have long been resting at the bottom of the sea, and without an illustrative example it is difficult to imagine the entire scale of the development of a new ship craft by Russia, the teachers in which were the best sea powers of that time, and it is difficult to feel the joy of the opened expanse of water again.

“Poltava” project was created in order to remedy this situation, having recreated the first large ship of the Baltic Fleet in life size – the 54-gun battleship of the 4th rank “Poltava”, in the construction and design of which Peter I himself took part in 1712.

From the initial stage of the project, it became clear that the task of recreating a historic ship is more difficult than it seems at first glance. There was practically no available documentation or detailed popular material on “Poltava” – all descriptions and drawings were hidden on the shelves of libraries and archives, in files that no one had opened for many years, or even never. Only thanks to the painstaking research of the researchers and the complex work of the design bureau on the technical drawing of the ship, the Poltava project became fully feasible and began to gain momentum. 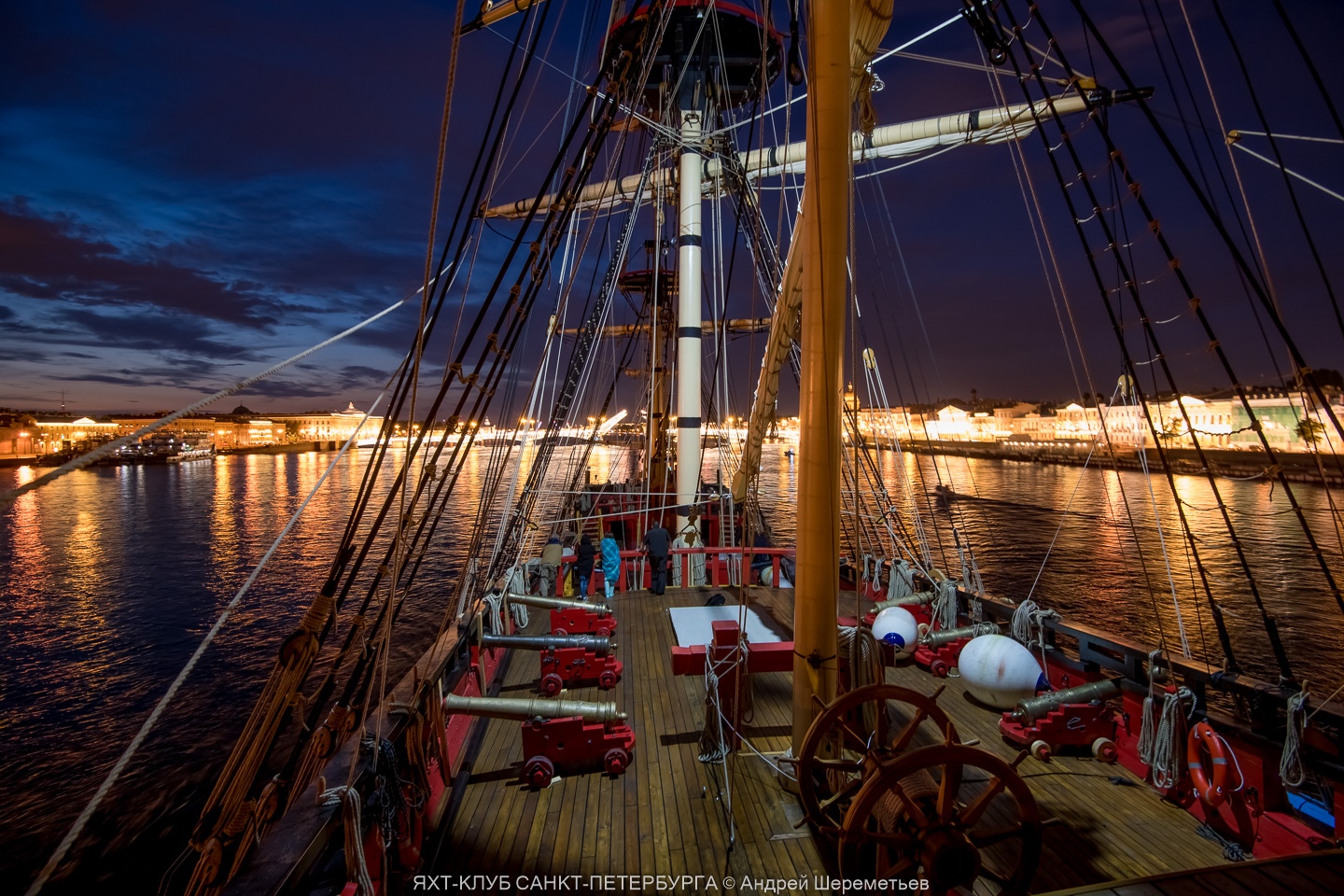 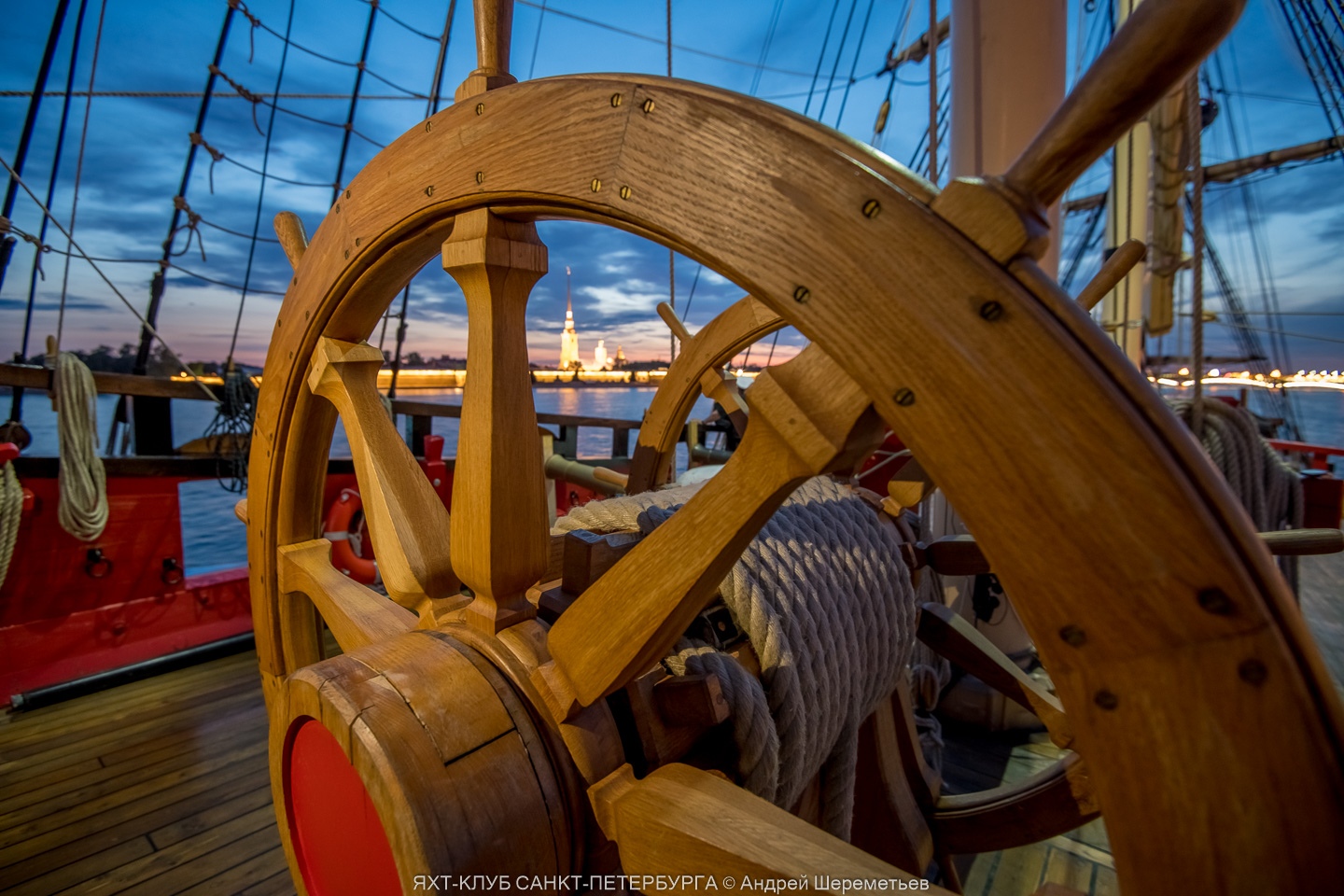 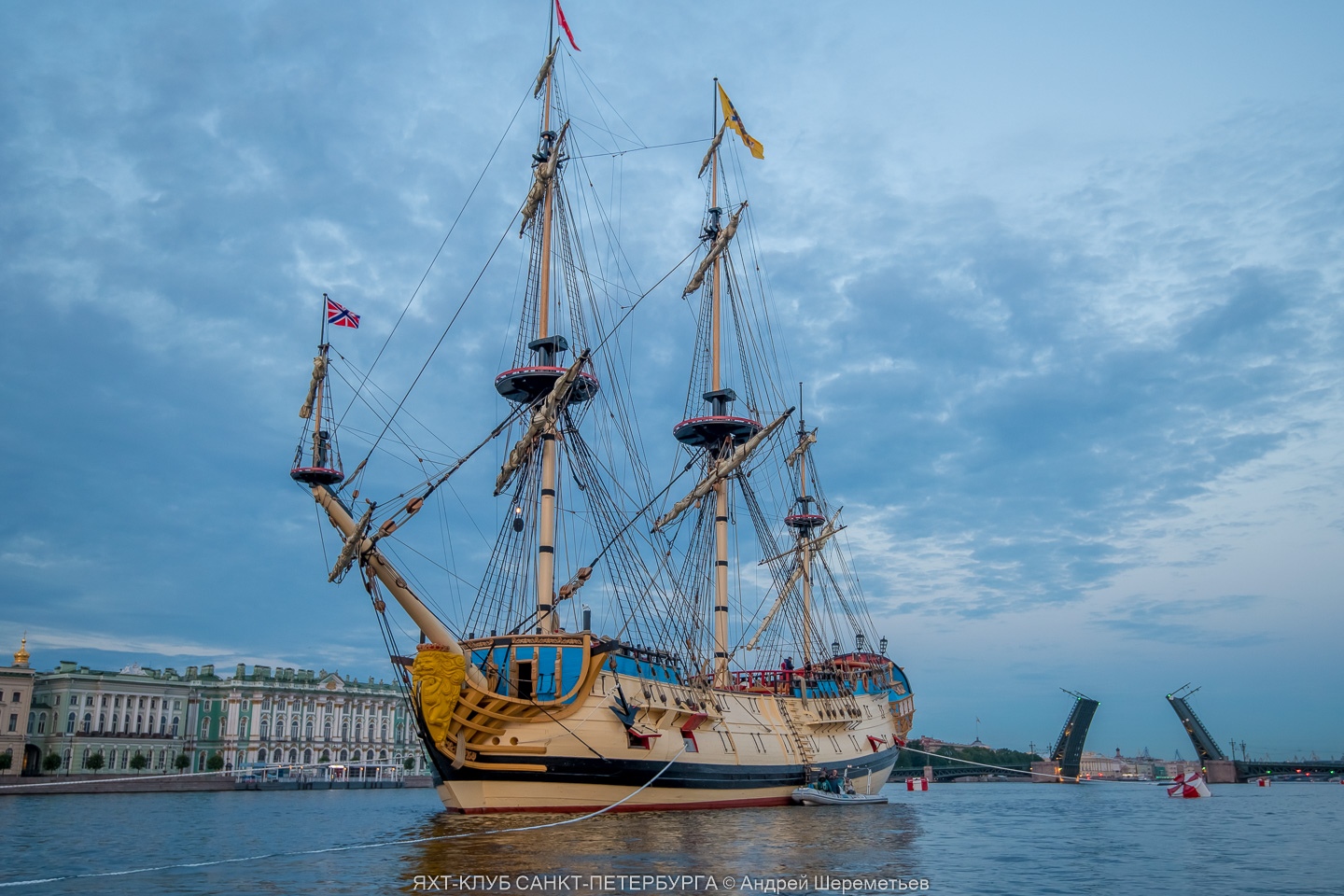 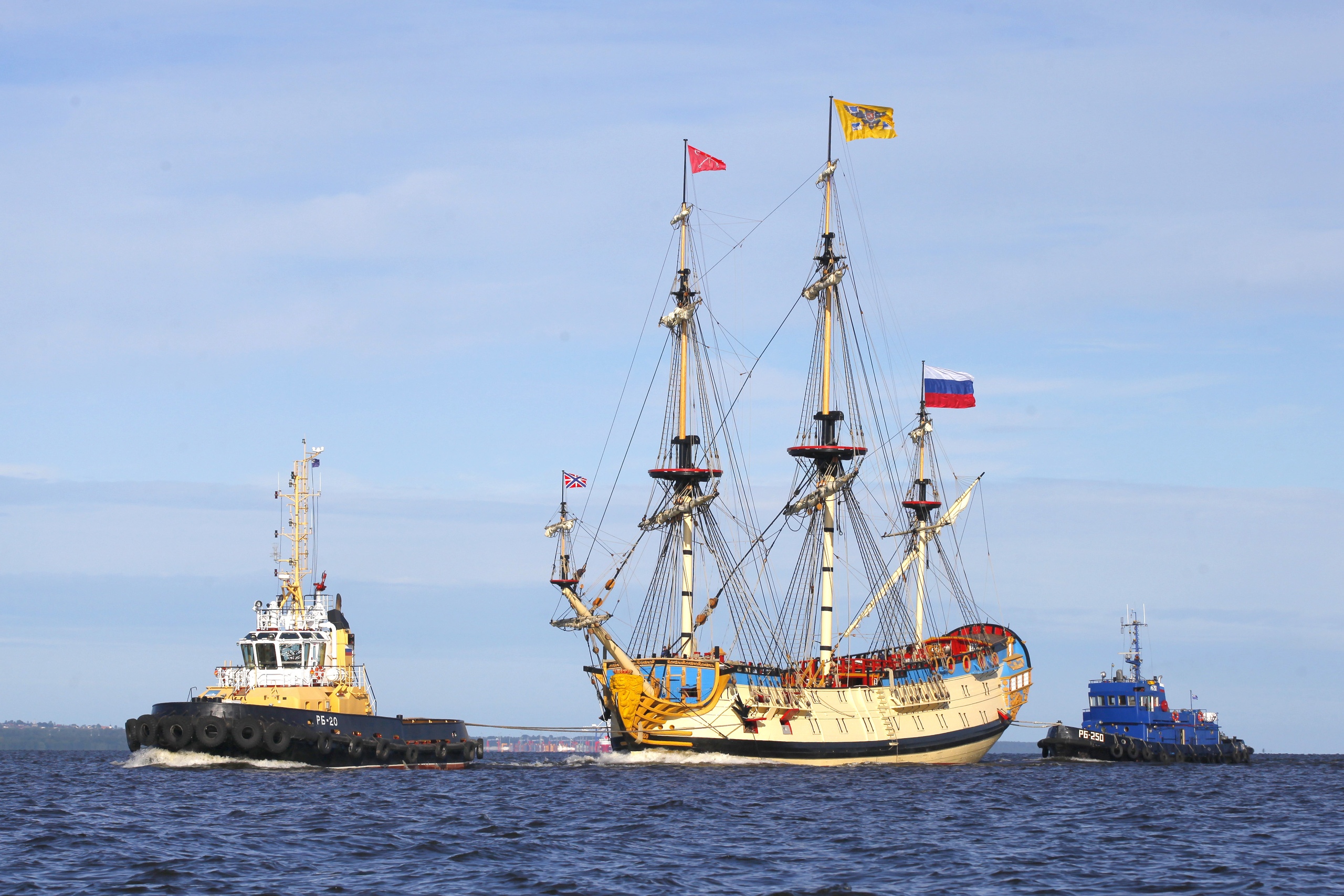 In world practice, there are already similar projects for the reconstruction of historic ships – for example, the French frigate “Hermione”, on which La Fayette went in 1798 to help the American states in their war of independence, or the recently built ship of the West India Company “Batavia” in the Netherlands. In the history of modern Russia there has been only one attempt – a working replica of the frigate “Shtandart”, launched in 1999. The team of designers and builders, who gained unique experience in assembling the frigate and other wooden ships, formed the backbone of the Poltava team.

54-CANNON 4 RANK LINEAR SHIP “POLTAVA” LOWERED INTO THE WATER on May 27, 2018, the day of 315th anniversary of St Petersburg. Today the shipyard is the only shipyard of such kind approved by the Russian Maritime Register of Shipping with its own certified design bureau. It is planned that “Poltava” as the heart of a large modern museum complex will become a scientific, cultural, research and pedagogical center for the study of the maritime history of the city and the country. First of all, the museum complex will be aimed at the future – at children and youth, at the revival of interest in the sea and the navy.

Today the museum complex of the historic shipyard can be visited with a guided tour. It includes a visit to the Ship Master’s House, where visitors get acquainted with the construction time of the original Poltava ship, the history of its creation and the first victories at sea. Then visitors climb onto the decks of the recreated ship, they are told about its size, equipment, weapons, life and work of the crew. A fascinating journey into the past helps to better know the history of the city and the Russian state, inextricably linked with the history of the development of the Navy.

It can be a part of your 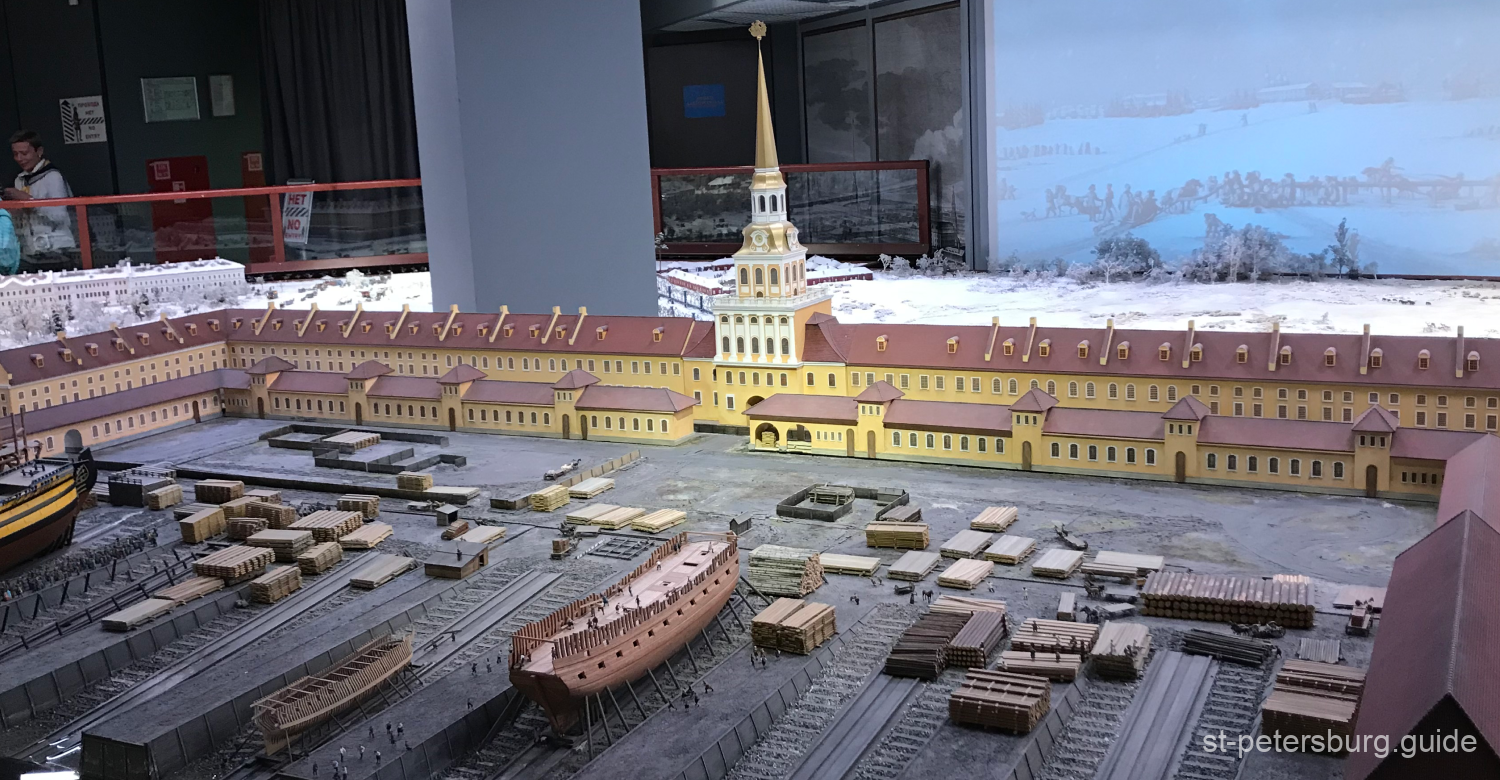