Across the Fontanka river

The Egyptian bridge was initially chained, and built in 1825-1826 by Wilhelm von Traitteur and Vasily Khristianovich in Saint Petersburg. It crossed the Fontanka river along the avenue, currently called after Mikhail Lermontov. The name of the bridge came from its special decoration. The bridge was 55 m long and 11,7 m wide.

It had a very unusual look, and was very stylish and more picturesque than current constructions. Huge gate with hieroglyphs met the bridge’s visitors and its chains and Egyptian ornaments served as the bridge’s main adornment and definitely caught an eye. The crossing was established on granite bases and a lighter construction: instead of five holding chains there were just three of them.

As the history goes by, this lighter version most likely affected the bridge’s life. In winter 1905 the Egyptian bridge collapsed. The case did not cause any casualties, but got in the physics books as a bright example of resonance. It was suggested that the bridge fell due to a coordinated marching of a squadron. 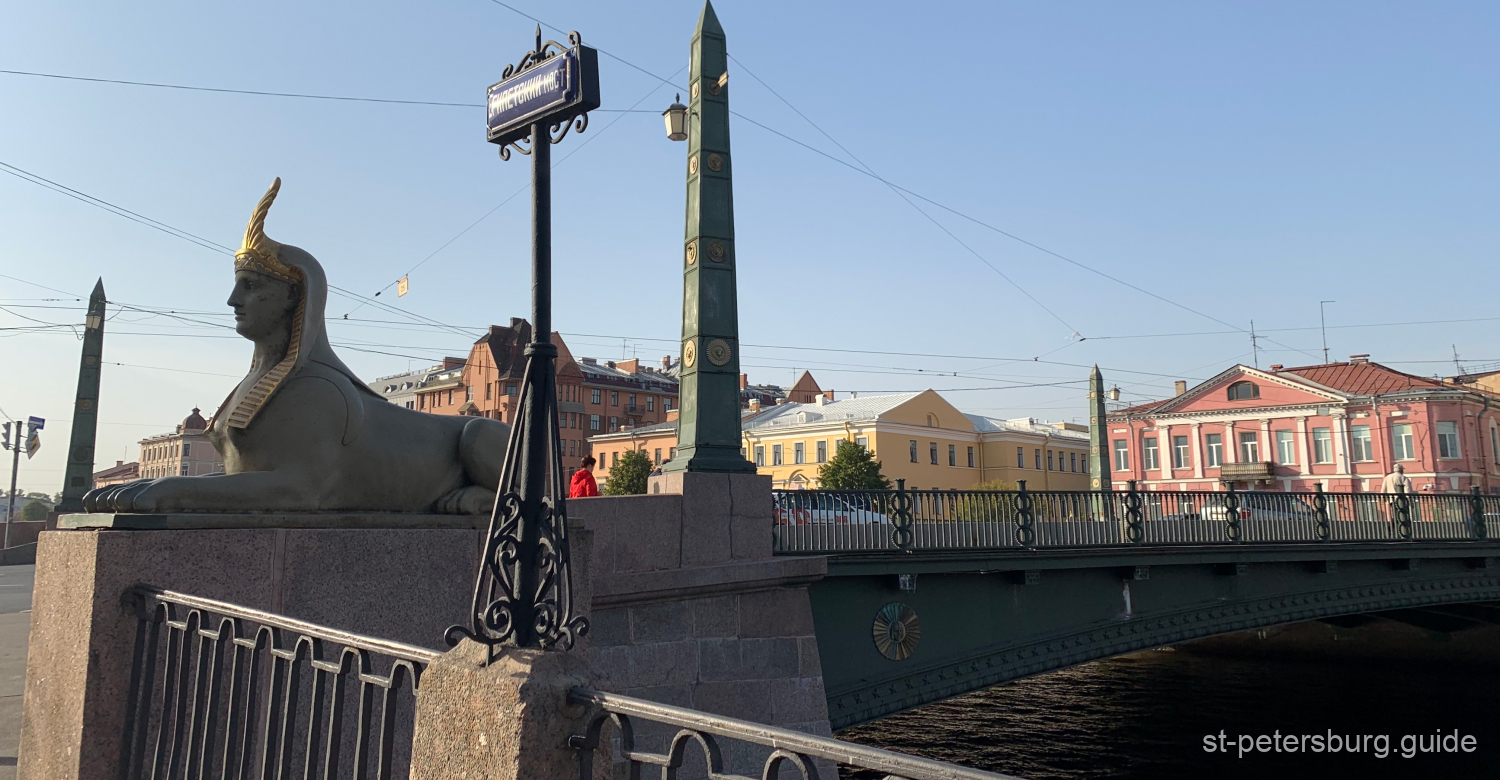 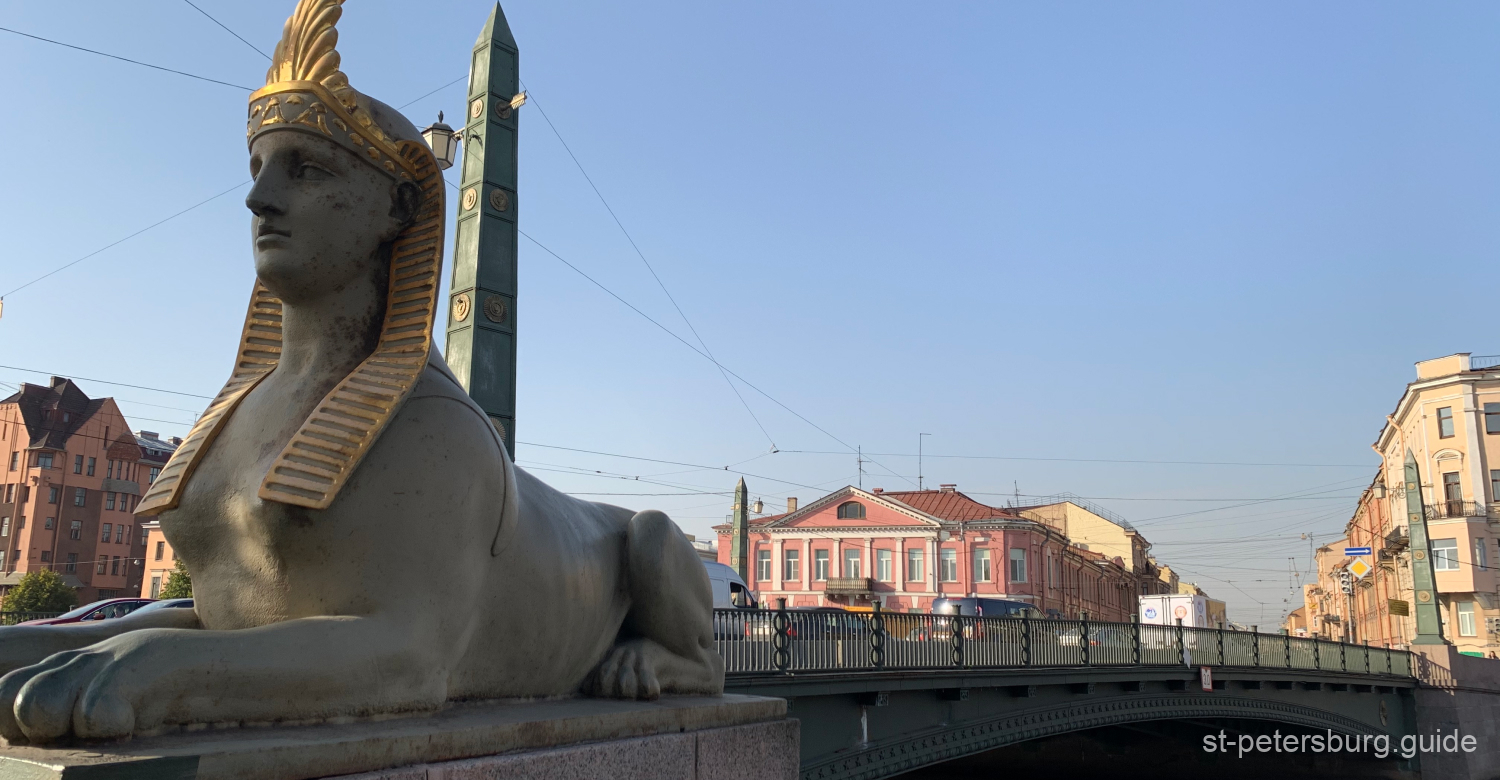 After the occasion, engineers managed to build a wooden bridge that was used up to 1955. The same year, a new stone bridge was constructed. However, it did not have such an architectural design as the first one. The only Egyptian motifs were found in lotus flower decoration of the fence, Laurel wreath on top of bridge struts and Sphinx figures on the entrance to the bridge.

The last bridge restoration took place in 2004. Interestingly, during that work, engineers found a gilding that covered Sphinxes’ heads under a thick layer of painting. It was then fully refurbished. The Sphinxes are now back on their places, and the bridge is actively used by Saint Petersburg residents and guests.

The Egyptian bridge is not a part of boat tours in the city, but it can be viewed if, for instance, one decides to have a relaxing walk along the Fontanka river.