General Staff Building is an outstanding architectural monument of Saint Petersburg, designed by Carlo Rossi in 1820-1830s. The magnificent classical building, placed opposite to the Imperial residence Winter Palace, finalized the ensemble of Palace Square, giving it a special administrative status.

The building was split between the General Staff, located in the western wing, the Ministry of Finance and Ministry of Foreign Affairs – in the eastern wing. 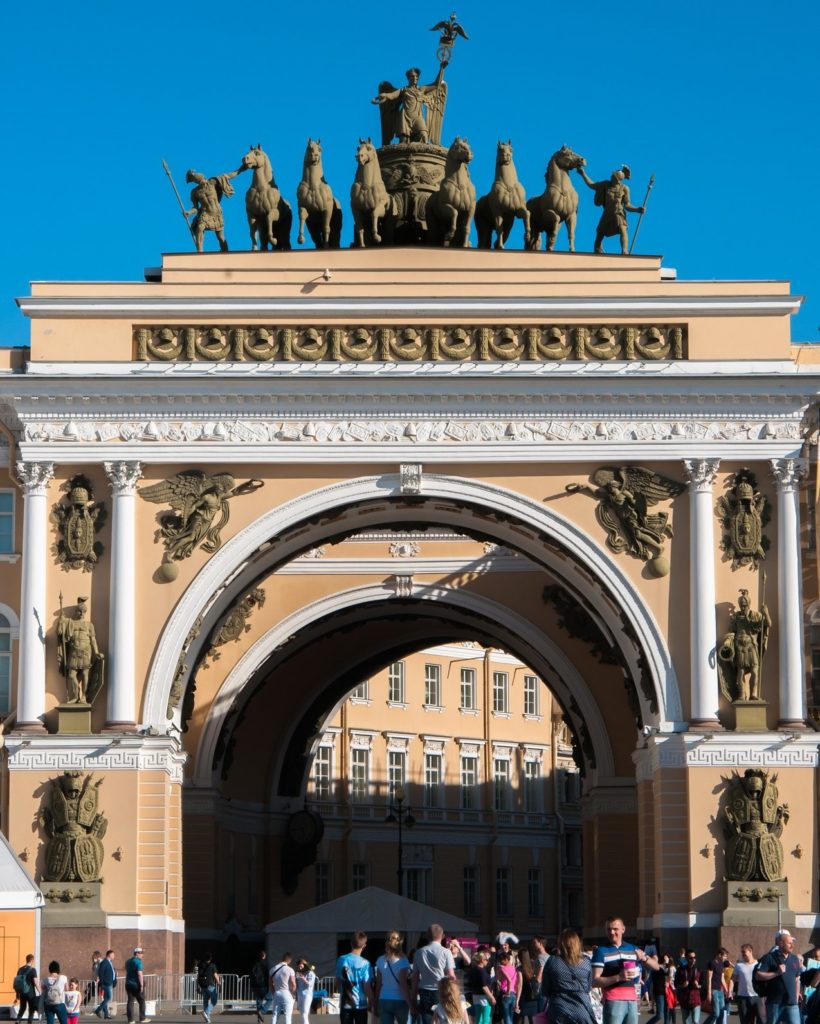 Rossi designed a project so it will combine two individual buildings into a single construction. Smoothly bent western and eastern wings are connected by a double arch of 17 meters long. The arch is adorned with a sculptural composition “Chariot of Glory” that embodies the triumph of Russia in the war of 1812-1814. The sculptures and decorative facades were completed by S. Pimenov and V. Demut-Malinovsky.

Below the arch you can see the clock with a sign “Главная палата. Точное время» (translate: the Main Chamber. Exact Time). The clock was installed in 1905 on the initiative of Dmitry Mendeleev. 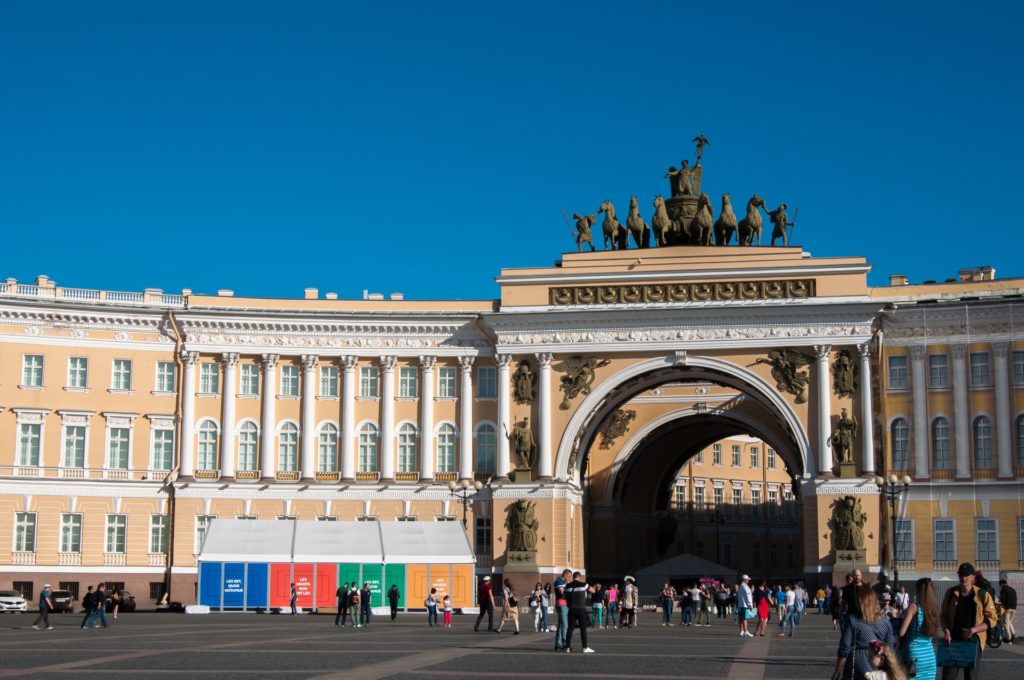 The arc of the main facade that faces Palace Square is 580 meters long. The architect avoided monotony by placing half columns of the Corinthian order in the centre and the sides of both wings’ facades. The second longest facade belongs to the eastern corps and faces the Embankment of Moyka river.

The design of the General Staff Building was planned so to meet the needs of the state institutions. In the Ministry building that currently belongs to the Hermitage, eleven wide carriage passages linked the Square with five inside yards, separated by annexes. Every department had its own entrance. The system of inside communications – corridors, stairs – also ensured effective functioning of governmental departments.

The eastern wing of the General Staff Building was transferred under the governance of the State Hermitage in 1988. Restoration of the historical building and its adaptation to the museum needs started in 2008. The grand project was finished by the 250th anniversary of the Hermitage in 2014. Nowadays, in these halls of Hermitage you can see the art exhibitions of the 19th-21th centuries.

General Staff Building is a part of my private tours: