Home » What to see » Churches and cathedrals » Grand Choral Synagogue

It’s not only an architectural monument of the 19th century, but also a historical center of spiritual life of Jews of Saint Petersburg. It’s located in the region of Staraya Kolomna. There aren’t many tourists, but if you decide to visit Mariinsky Theatre or New Holland Island, it’s definitely worth going to Lermantov prospekt and have an inside visit to Synagogue. 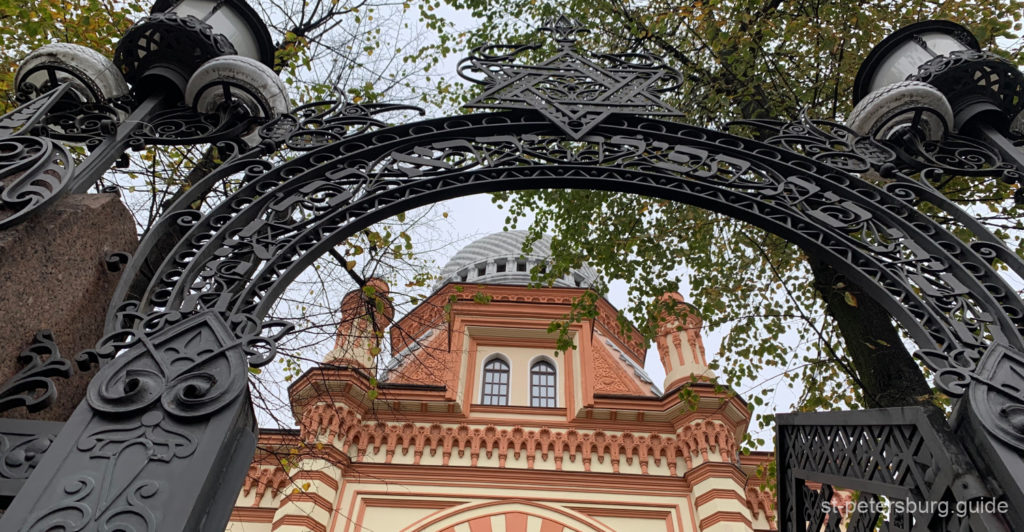 The process of formation took a long time, as by the order of Catherine I, Jewish people were not let to live neither in the capital, nor in Russia as a whole. However, as some Jews were of great importance or high ranking, they were let to live in Petersburg. So there was a flow of finance experts, traders and merchants who then gathered for common prayer.

As a great diplomat, another Russian female leader – Catherine II – understood the importance of Jewish people. Although officially they were not allowed to live in St Petersburg, she still let some of them live there in governmental interests.

After the First Partition of Poland in 1772, when Russia extended its lands to the west, it also got lots of Jewish people as a part of the population. Thus, they started to visit the capital more often.

The actual formation of the Jewish community started in the 70s of the 18th century around the family of entrepreneur Abraham Peretst. Jewish deputies were the members of the community and lived in St Petersburg legally. By 1822 there were around 370 official Jewish residents of the city. That’s also the time when new communities started to organize.

Since 1828 Jews were claimed to join the Russian army, and soldiers were allowed to live together with their wives and children in the capital. Later the liberal government of Alexander II made the living of Jewish people anywhere in Russia legal, which consequently led to the growth of Jewish community in St Petersburg. By 1881 there were already 14 249 Jews and 16 826 native language speakers. 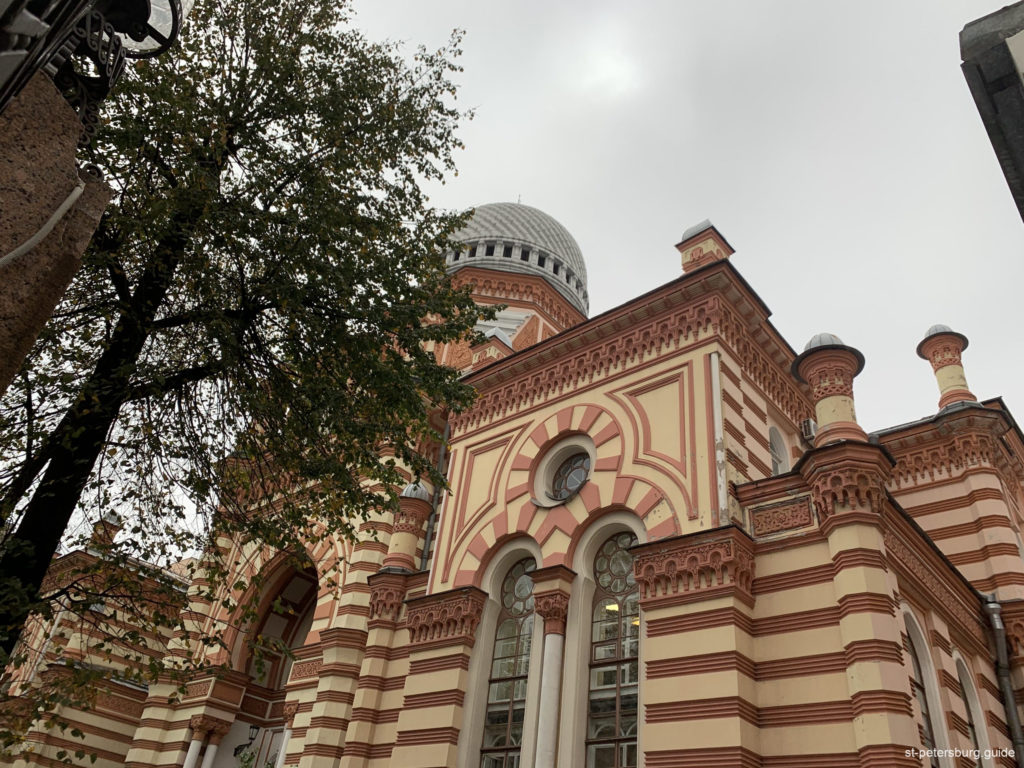 Construction of the Synagogue

On September 1, 1869 the Emperor Alexander II issued an order to let the Jews of St Petersburg build a synagogue. It was only 10 years later that a place was found and purchased for 65 000 rubles.

In July 1879 an architectural contest was announced, and the design project of a future synagogue by Bahman and Shaposhnikov won. However, Alexander II refused to accept it, asking for something more humble. A new project was presented in 1883 and already Alexander III confirmed it.

The project was managed by Nikolay Benua, a chairman of St Petersburg architect community. In 1888 the construction ended, and the dome of the Grand Synagogue was adorned with an ornament. The inside interior works continued for five more years. The hall of the Synagogue is accounted to 1200 places.

On December 8, 1893 the Synagogue was sanctified, its door was opened with a silver key and the seven Torah scrolls were brought in. 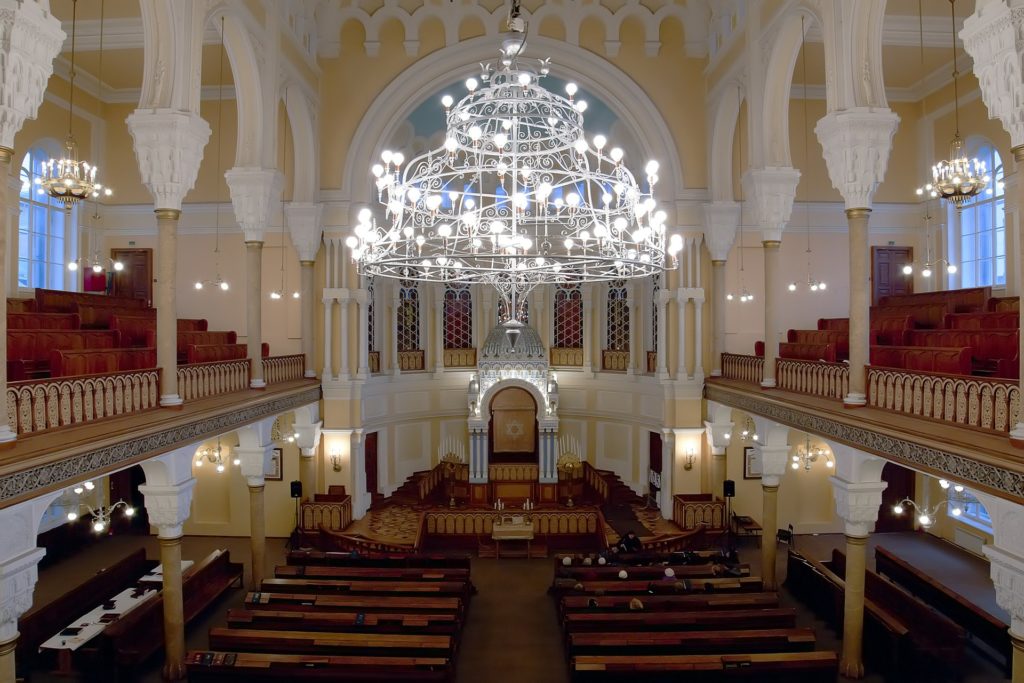 The finishing works continued after the sanctification. The Wedding hall, named in memory of Alexander II, was decorated with a chandelier. The electricity was conducted, and in 1909 a stoned fence and crystal lanterns were established.

The Synagogue was open right after the Revolution, but closed on January 17, 1930. After the complaints of Jews it was re-opened on June 1, 1930. However, during its closure, the most precious properties were moved from the Synagogue to the anti-religious museum that opened in Isaac Cathedral.

On March 6, 1941 the Synagogue was planned to turn into a movie theatre. However, the War began and this planned wasn’t implemented.

During the 900-days Siege the yard of the Synagogue was all covered with corpses of Jewish people, who were then buried in a mass grave on the Jewish Cemetery.

Synagogue after the Great Patriotic War

In 1950s Gedalya Pechersky initiated a petition to open courses for studying Jewish history and the Hebrew. Petition was refused, and Pechersky got arrested and sentenced to 12 years of imprisonment. In 1962-1964 it was not allowed to bake matzo and bury people on the Jewish Cemetery.

There was no special reconstruction works after the war until the Olympic games in Moscow and St Petersburg. The Synagogue got among the main excursion sights, so in 1978 it got under the reconstruction.

In the mid of the 80s, the Synagogue became the centre of rebirth of religious life of Jews in Leningrad. Nowadays, the Grand Choral Synagogue which is over 100 years old, is a cultural center of the Jews community of Petersburg. There are two kindergartens, two schools, pension-school for boys and another one for girls. It is visited by over 500 children. Daily over 300 people get free meals in the charity canteens.

There is a library with a great collection of Jewish literature and the Hebrew books. In the show nearby you can get souvenirs, Jewish books and food.

Although the Synagogue is, first of all, a temple not a tourist attraction, it is still worth visiting. You can see it as a part of private guided tours. 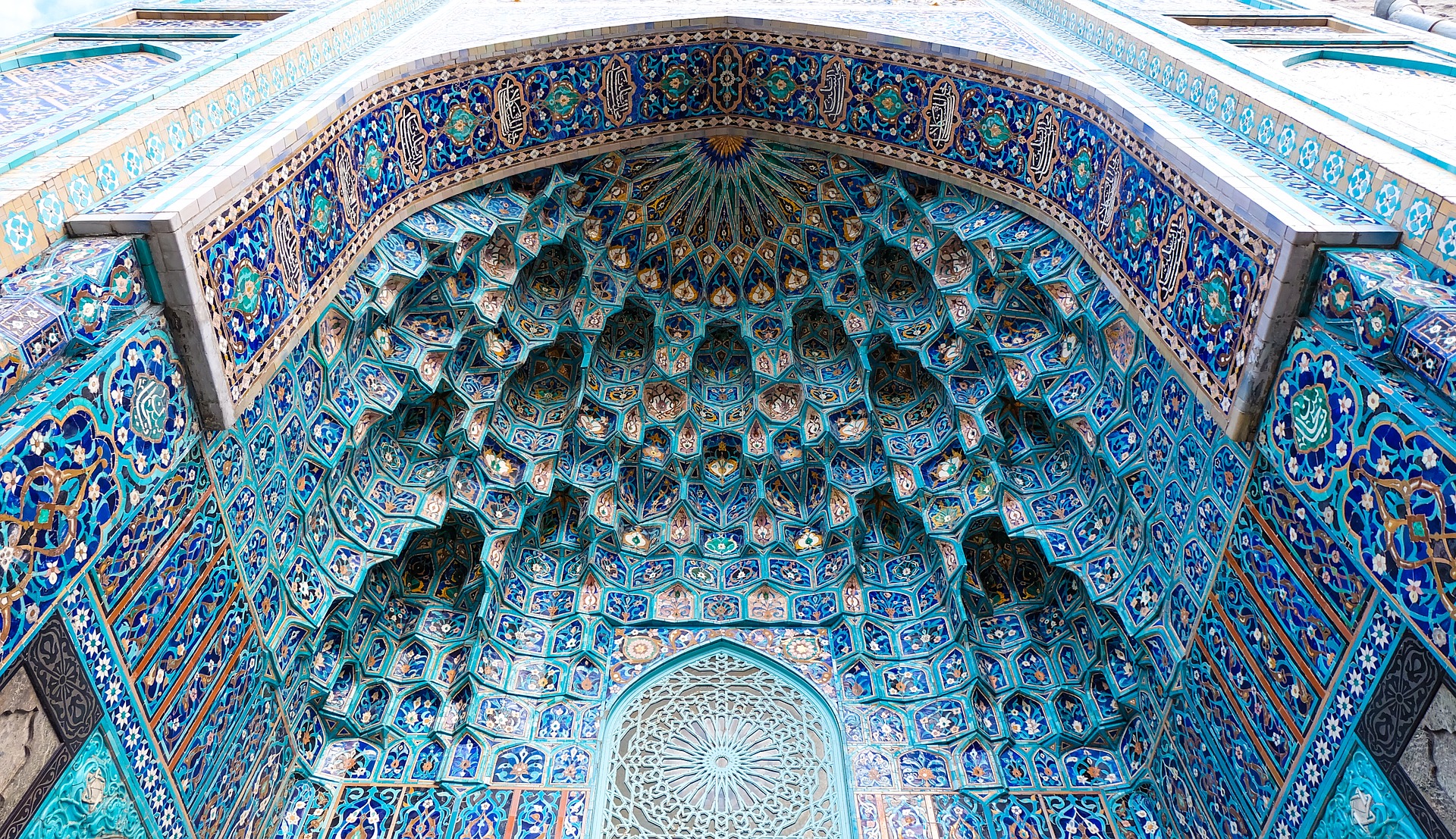 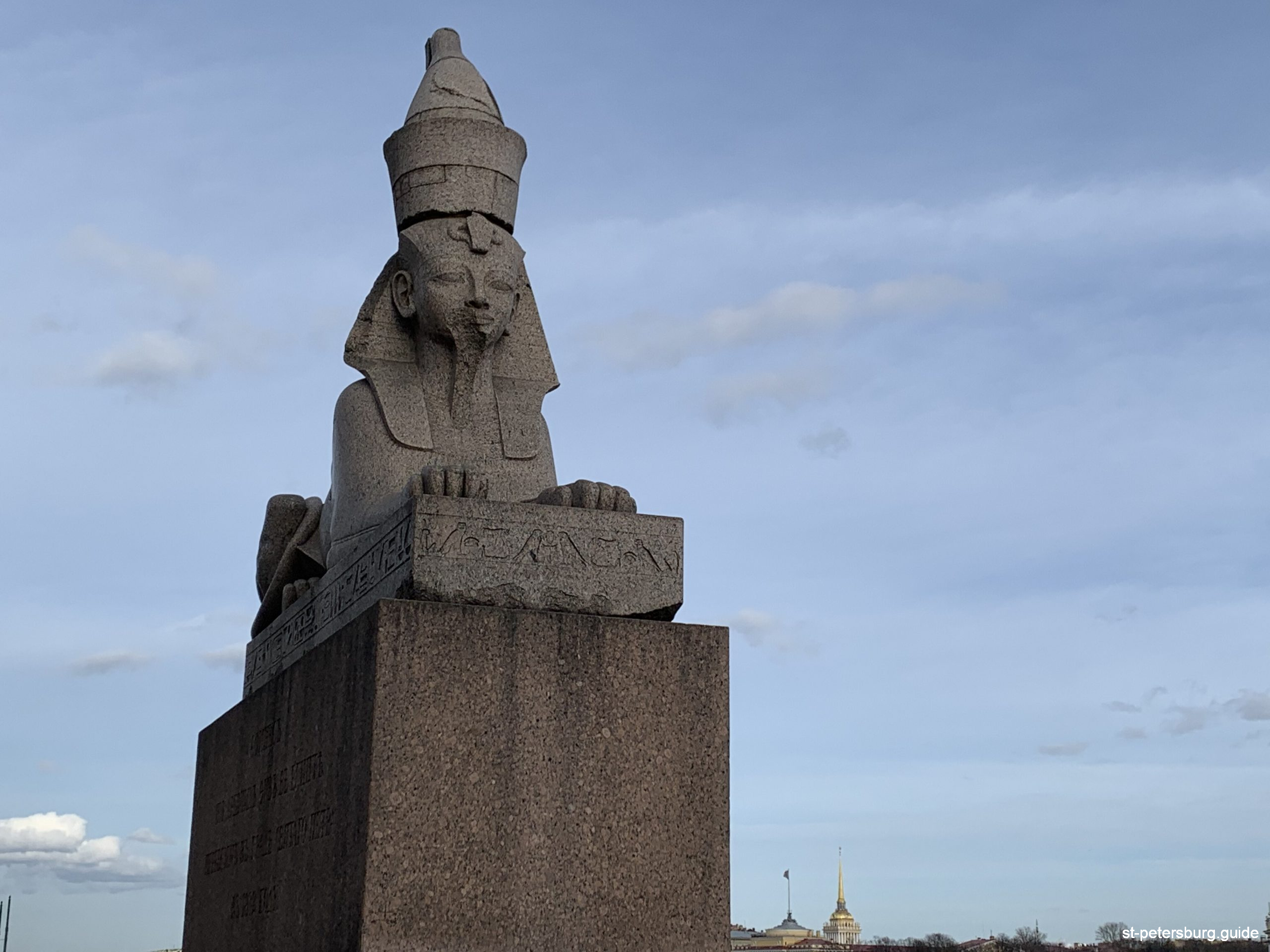 Sphinxes from Egypt of 14th century BC
The found sphinxes were brought for sale to Alexandria, where…

Senate Square is a part of my private tours: