One of the largest drawbridges in the world

The bridge connects the Spit of Vasilievsky island and Palace square and goes over the Bolshaya Neva. Palace bridge consists of five spans, and its raising span is 56,5 meters wide which makes it one of the largest in the world. The spans weigh 4868 tones, the counterweight is 2800 tones.

The bridge is raised with the help of modern hydraulic system. For bridge to open, the counterweights go 2 meters down to the special pit. The whole process takes 5 minutes.

Palace bridge is lit with 28 lanterns that are fixed on 16 pillars. The lattice of the bridge contains 156 sections, each of them weigh 280 kilos.

Interestingly, this bridge is considered to be one of the most complicated constructions not only in Russia, but also abroad. 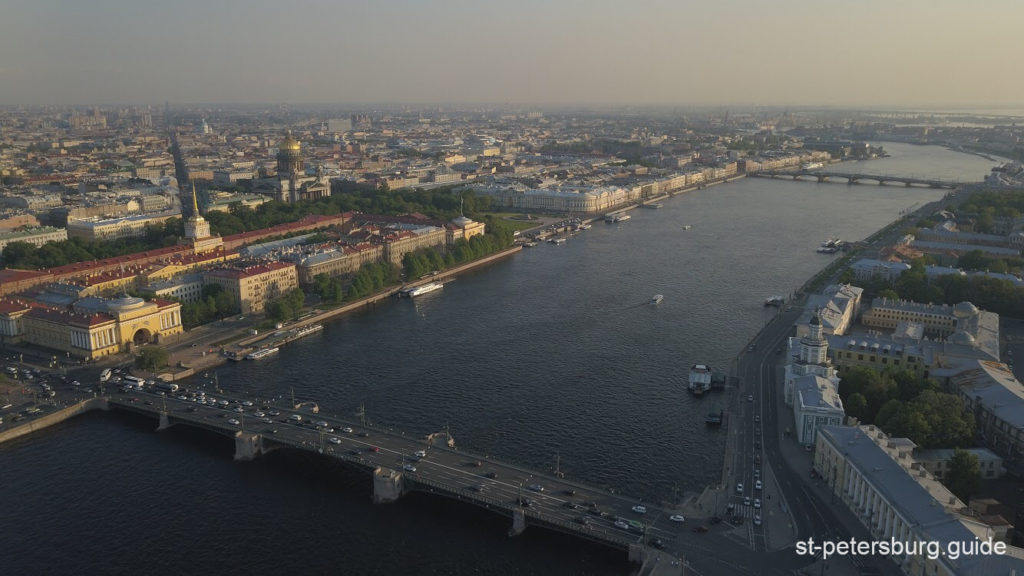 History of the Palace Bridge

The first crossing appeared on the place of the current Palace bridge in 1727. The floating Isaac bridge was located downstream, between the buildings of Senate, Synod and Menshikov Palace. It was temporary and made of wood.

The first permanent bridge over Neva – Blagovechshensky – was opened in 1850. By the request of city residents, the floating bridge was moved to the Winter Palace. The pontoon Palace bridge worked for a year. In 1863 a horse railway was opened, and rails were laid over the bridge. Those were later used by trams until 1997.

At the end of the 19th century, the old pontoon parts started to lick and sink, so the authorities of St Petersburg decided to build a permanent crossing. The contest for the best bridge project was announced in 1901. Unfortunately, none of the presented 27 projects was accepted. A French company “Batignolles” that constructed Troitsky bridge was among the contestants, but their project was also declined. Therefore, the commission claimed the start of a new contest.

The results were announced only in 1909. The winner-project belonged to an engineer Andrey Pshenitsky and an architect Robert-Fredric Melzer. According to the signed agreement, only Russian specialists could work on the project with the use of only Russian materials.

The bridge construction started in October 1911, while its opening was planned in November 1913. However, the bridge was finalized only at the end of 1916, due to the flood of 1914 and World War I.

In December 1916, 34 trucks with 9600 kg cargo in each simultaneously drove on the bridge and occupied all the spans. The test was passed. The first carriage crossed the Palace bridge in December 23, 1916. This date is the official birthday of the Palace bridge.

Due to the military situation, there was no ceremonial opening, as well as no decorative elements were placed on the bridge. Though the plan was to have a lush adornment. All railings, lanterns, a managing pavilion were made in the Soviet times. A cast-iron lattice was designed by sculptor Igor Krestovsky and architect Leo Noskov in 1939.

During the Great Patriotic War, the bridge was damaged by constant shelling and bombing, so specialists had to fix it a lot. 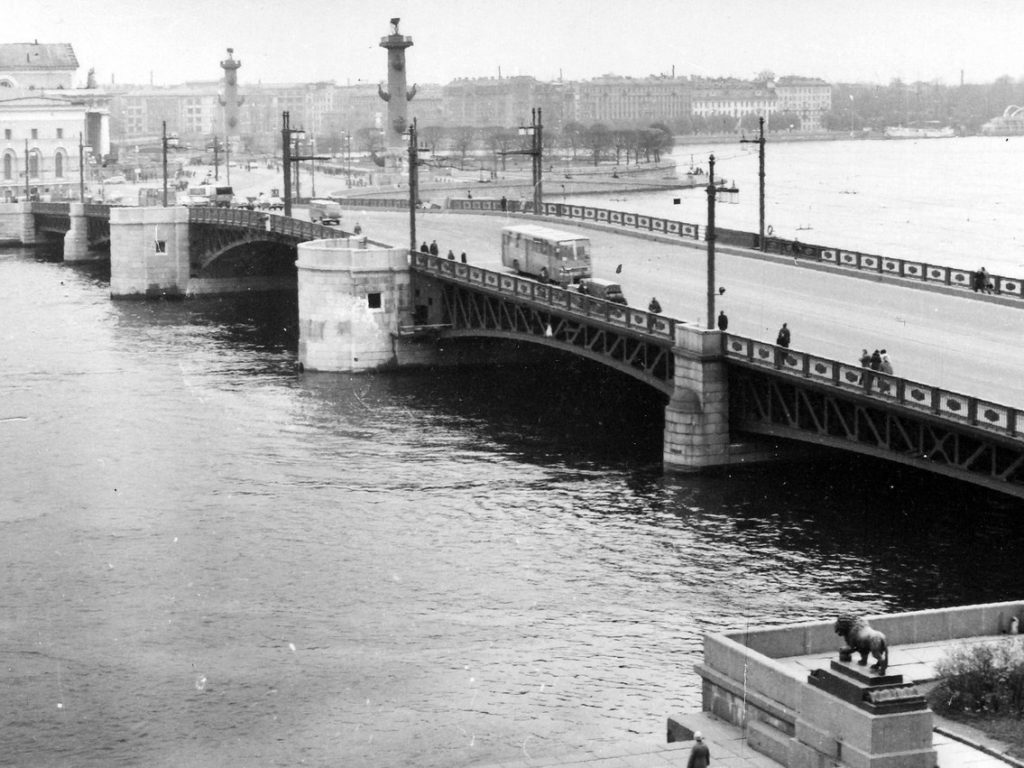 Up to the 1970s some of bridge elements were made of wood, so in 1978 the overhaul took place – the support for the raising spans of the bridge was finished, and the wooden flooring was changed to the orthotropic plate.

Another repair was in 1997. While tram rails were removed, the bridge got new night illumination. People celebrated this event with a special holiday “The Palace bridge lights the lights” on November 14, 1997.

From the opening of the bridge up the reconstruction of 2012-2013, the adjustable gear was electromechanic. In the beginning of the 21st century, the Palace bridge ran out of its sources. The traffic on the bridge did not stop during the overhaul, but it did not interfere with the process. The adjustable mechanism was totally replaced with the hydraulic system. However, the rivets on the unmovable parts of the bridge stayed from the Tsar times. 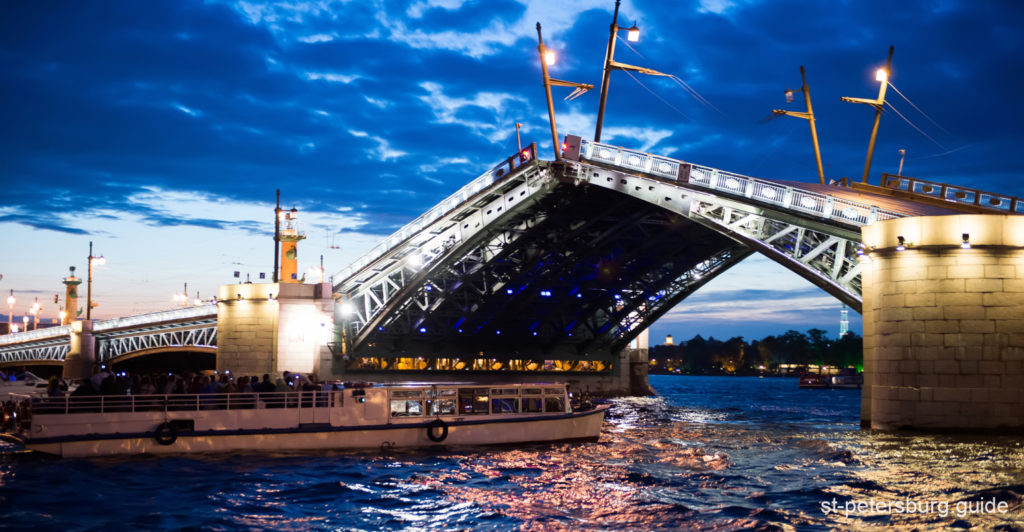 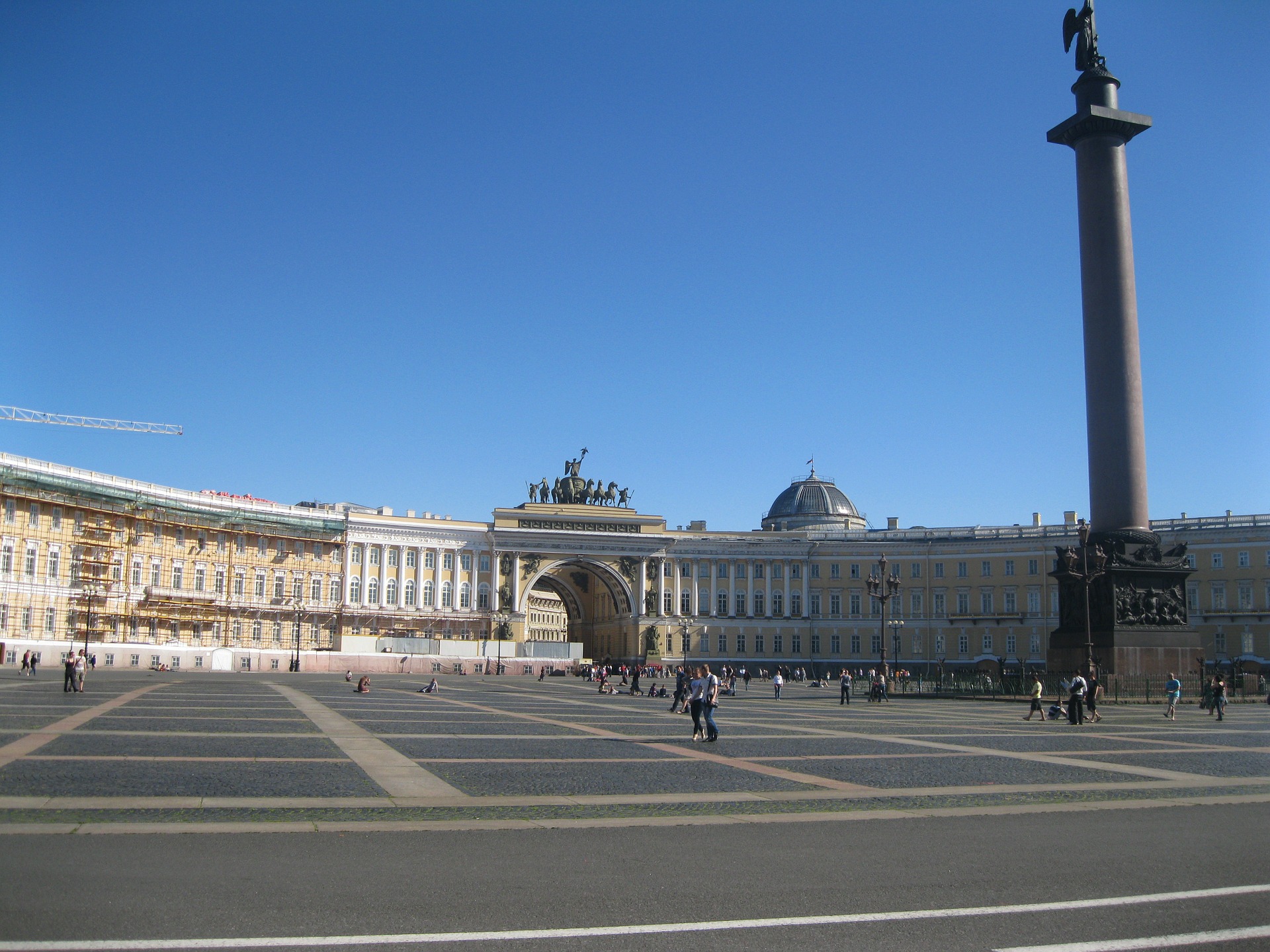 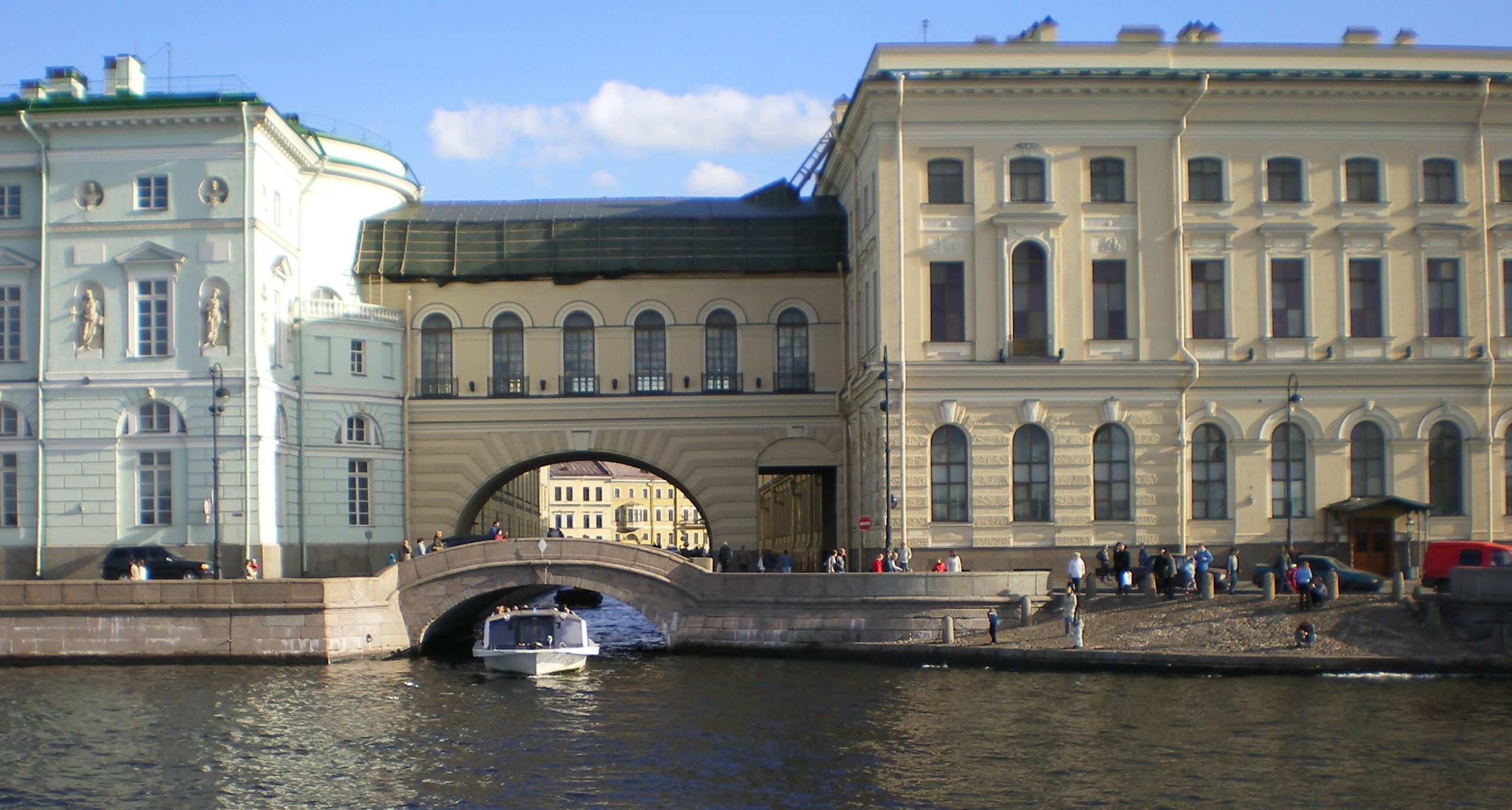 Palace Bridge is a part of my private tours:

1. To include Palace bridge into one of my private tours

2. To view it opened during the night boat ride starting at 1 am