Russian baroque from a Russian architect

Saint Nicholas Naval Cathedral, situated on the shore of Kryukov Canal close to Seven Bridges Point and surrounded by water, is a beautiful and quite unusual architectural monument of baroque. The Cathedral is cross-shaped and adorned with 68 columns. The facade is bright blue, symbolizing sea surface. Blue color of the facade and golden domes create a spirit of festivity and splendor. Indeed, St Nicholas Naval Cathedral is one of the smartest religious constructions of Saint Petersburg.

Petersburg was a city of sailors, so there was a need to build a spacious stone cathedral for officers and dockyard workers. A five-domed cathedral was laid at the Morskaya Sloboda under the order of Elizaveta Petrovna in 1753. There is an opinion that Peter the Great was the initiator of building such a cathedral. He was impressed by the beauty of the cathedral in Astrakhan and wanted to have the same one in St Petersburg. However, he died soon after that trip, and his daughter the Empress Elizaveta made that idea come true. 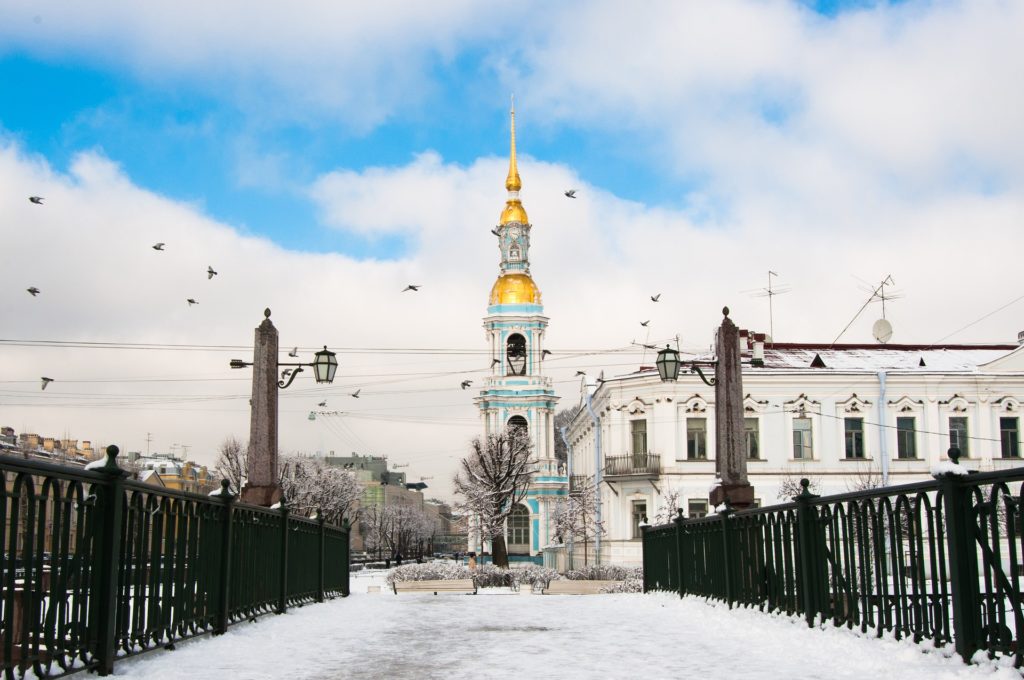 Savva Chevakinsky designed a two-level cathedral. The Cathedral consists of two churches – lower and higher ones. The lower church was sanctified in the name of Saint Nicholas of Myra – the patron of all travelers, including sailors. The higher one – in the name of Epiphany. The construction of St Nicholas Naval Cathedral ended in 1762.

Near the Cathedral you can see an elegant bell tower. It was built during the time of Cathedral construction. Three tiers of the bell tower are decorated with snow-white Corinthian columns, and a beautiful dome with a spire is placed right on top of the third tier. A church garden and a public park, located close-by, are open for everyone.

As Kronstadt Naval Cathedral, St Nicholas Naval Cathedral was also a monument of naval glory. Catherine the Great presented ten icons related to the victories in great naval battles – the Battle of Chesma, the Siege of Ochakov, the Battle of Vyborg Bay and others. The monument in memory of the Battle of Tsushima was founded on the square close-by in 1908. 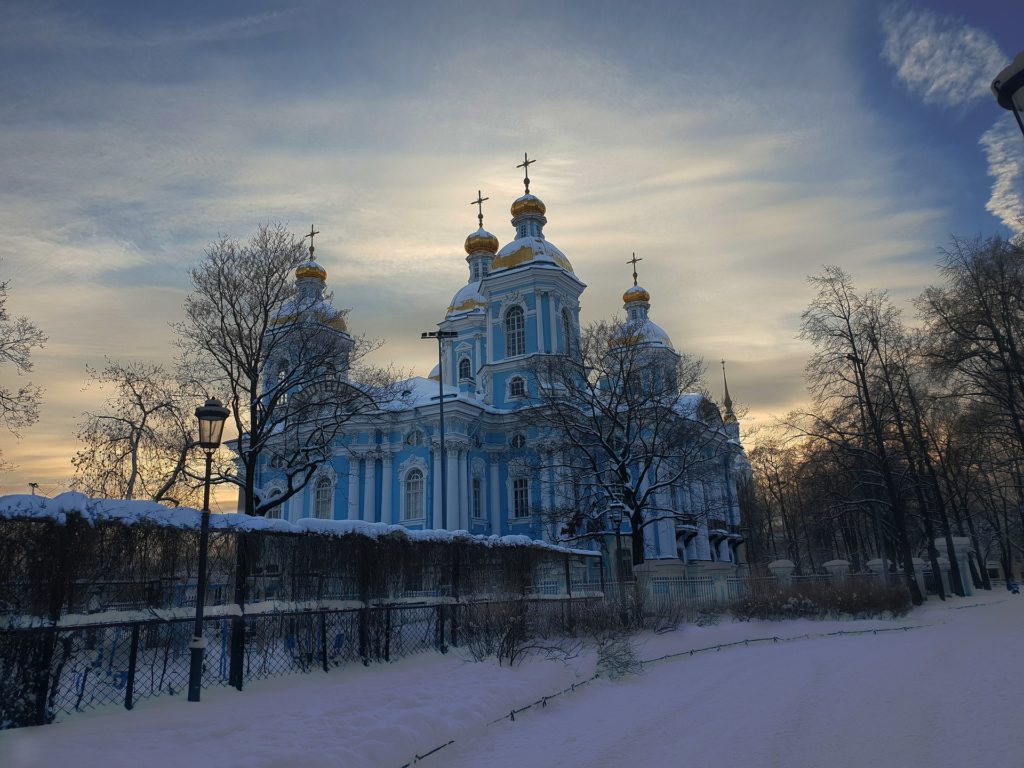 Interestingly, the Cathedral was not closed in the Soviet Times, though lost its valuables.

During the Siege, the Cathedral was open: church services took place daily at 8-10 am and 4-6 pm. Some of parishioners were assigned to monitor the situation and make announcements in case of air attack. At the beginning, prayers left to bomb shelters, but then got used and quite often did not interrupt the service. The Cathedral suffered a lot from shelling and bombing, and it was restored only in 1953.

St. Nicholas Naval Cathedral is one of several churches in Saint Petersburg which has never been closed, it was also a cathedral church in 1941-1999.

Attitude towards religion has changed within the long history of Russia, but no matter what Saint Nicholas Naval Cathedral has also been a symbol of naval glory of the country. 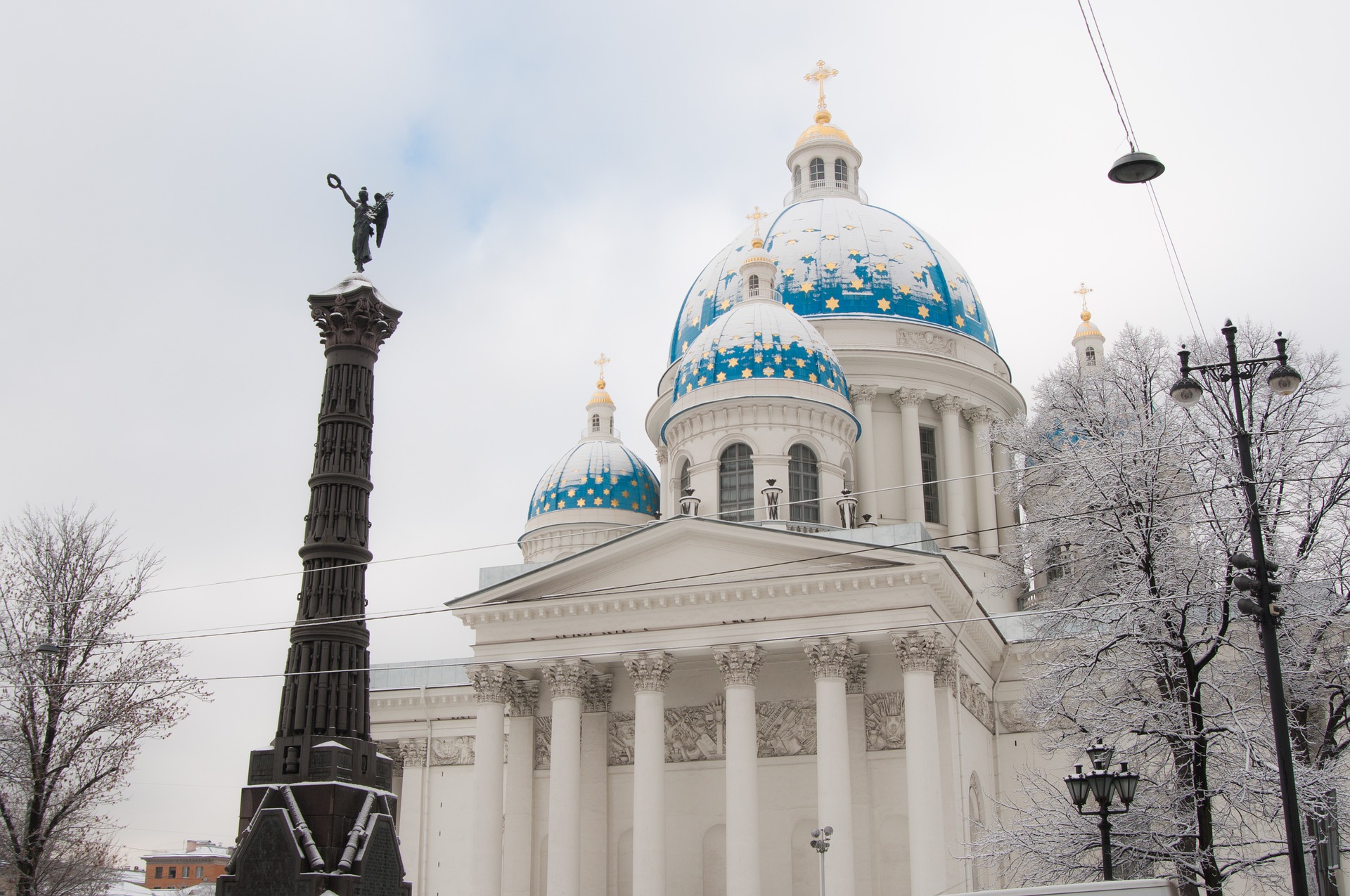 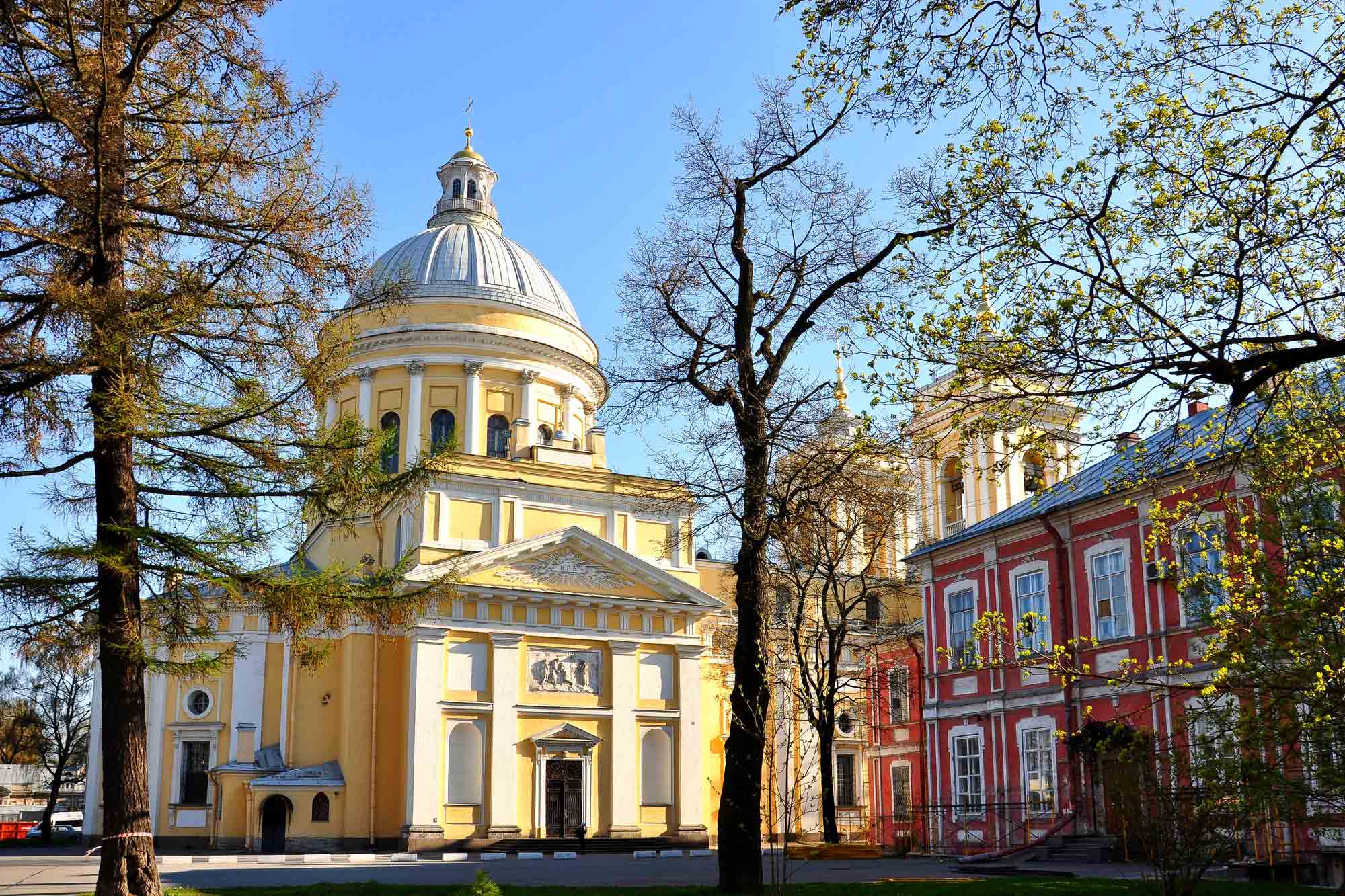 St Nicholas Naval Cathedral is a part of my private tours: