The building of the old Saint Petersburg Stock Exchange is located in the compositional centre of the Spit of Vasilievsky island. It has very vivid and monumental features of classicism. In the end of 1781, the stock exchange was ordered to be projected and built by Giacomo Quarenghi. By 1787, the building was almost completed, but then abandoned for some time. A new design of Saint Petersburg Stock Exchange was offered by the French architect Thomas de Thomon.

Massive construction on the Strelka of Vasilievsky island was built in 1804 – 1816, while the unfinished Quarenghi’s project was demolished. A new building of the Stock Exchange was established with help of the special committee that organized the whole process. The works started in spring 1804, while a year later the Stock Exchange building was officially founded in the presence of the Imperial family. It was a city-wide celebration with a special dinner for everyone. In 1810 practically all the construction works were finished. 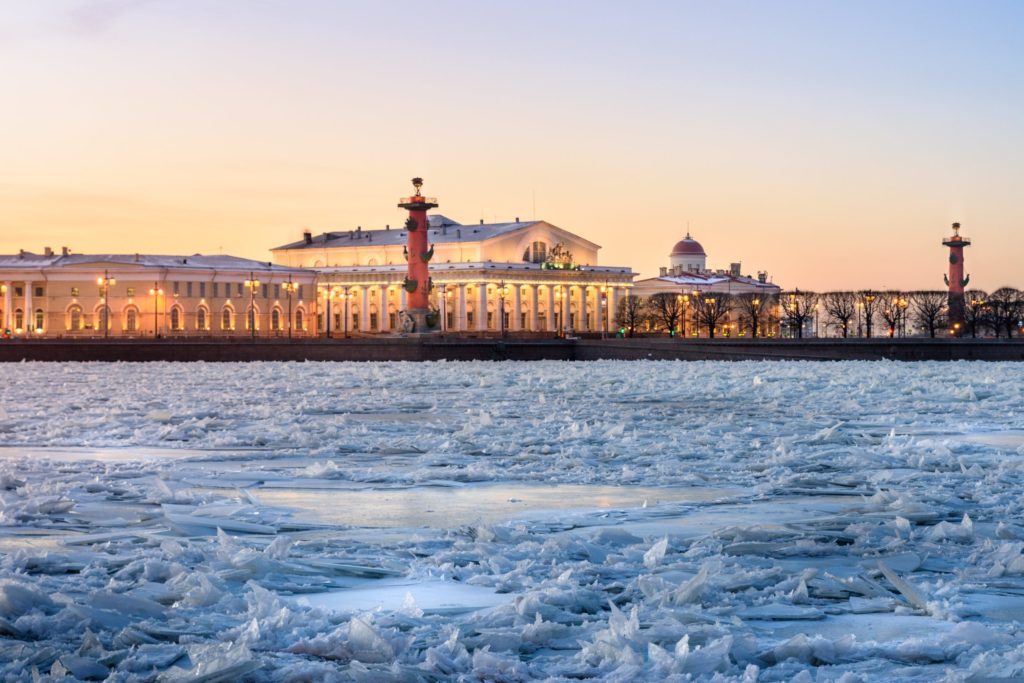 Nevertheless, due to the war against Napoleon, the opening of Saint Petersburg Stock Exchange took place only in summer 1816. A rectangular shaped building resembled an ancient Greek temple with a stylobate — huge stone platform.

The building is a bright example of art synthesis. It has wide solemn stairs and gentle ramps leading to its entrance.

The facade is decorated with a sculpture composition «Neptune with two rivers». The god of fresh water and the sea in a crown and a trident in the left hand solemnly rides a chariot towards the Neva river, led by four seahorses. Close to Neptune you can see two figures: a female representing Neva — on the left, and a male representing the Volkhov river — on the right.

On the opposite side of the Stock Exchange, there is another sculptural group «Navigation with Mercury and two rivers». Statues are created by a famous artist Samson Sukhanov. They represent the connection of the Old Saint Petersburg Stoch Exchange building with water. Two-stored building with large windows is surrounded by tremendous colonnades of the Doric order.

After the revolution of 1917, the building located several organizations. Since 1939 until 2013, it had accommodated the Central Naval Museum. On both sides of the Old Stock Exchange building you can see southern and northern warehouses, created by the architect I. Lukini in 1826-1832. Nowadays, there is Zoological museum in the southern construction, and the institutes of the Academy of Science in the northern building. 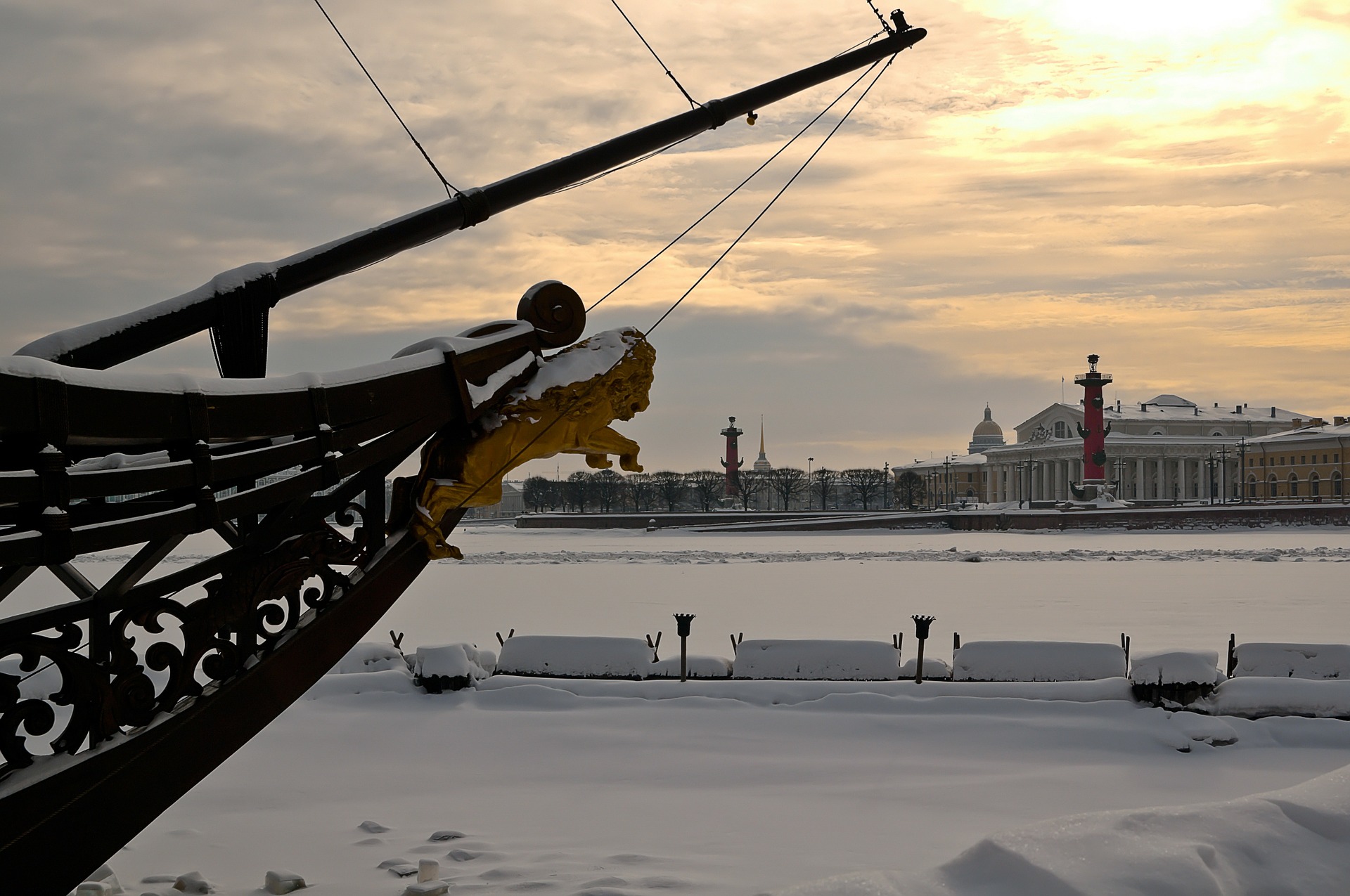 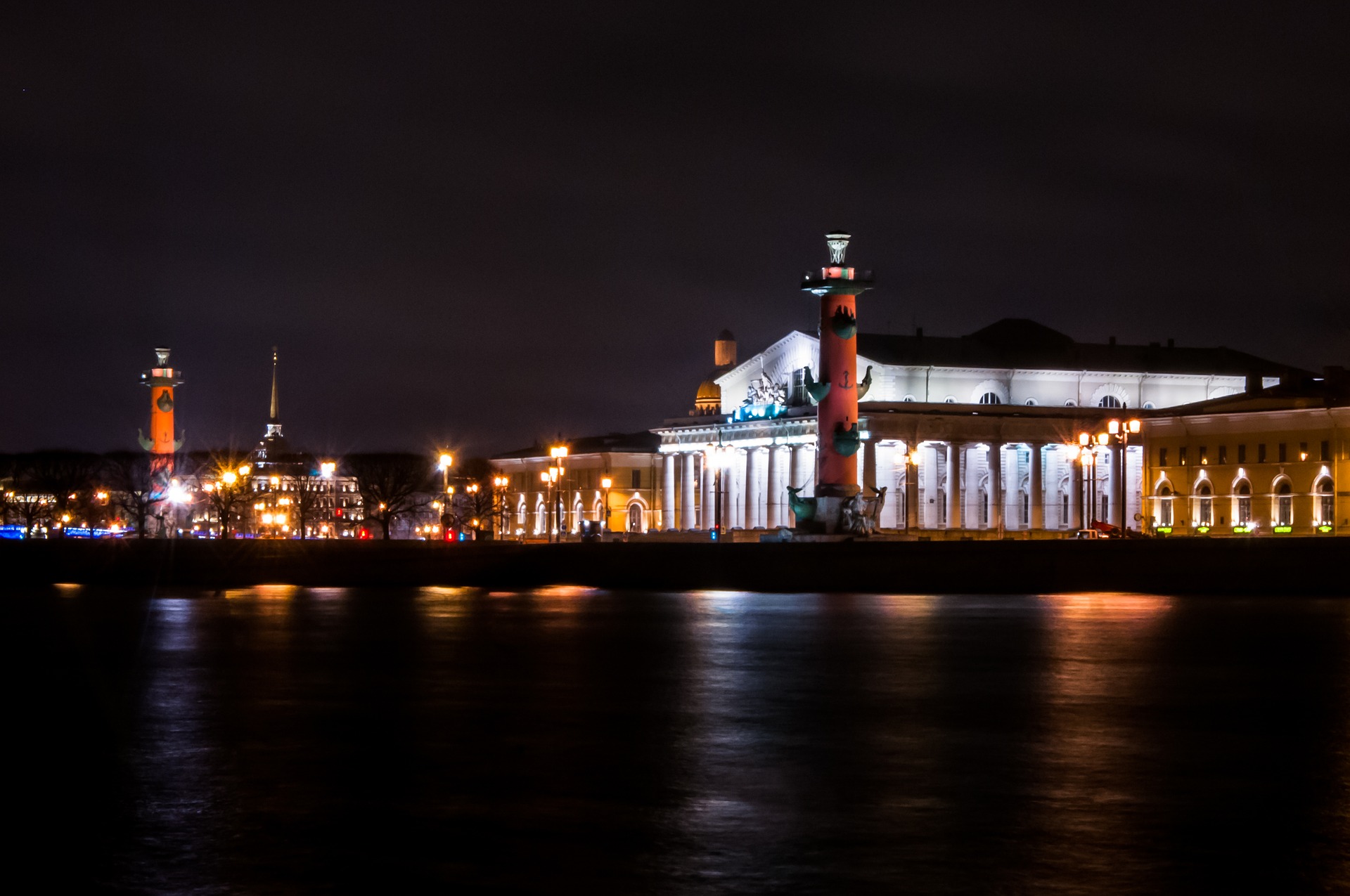 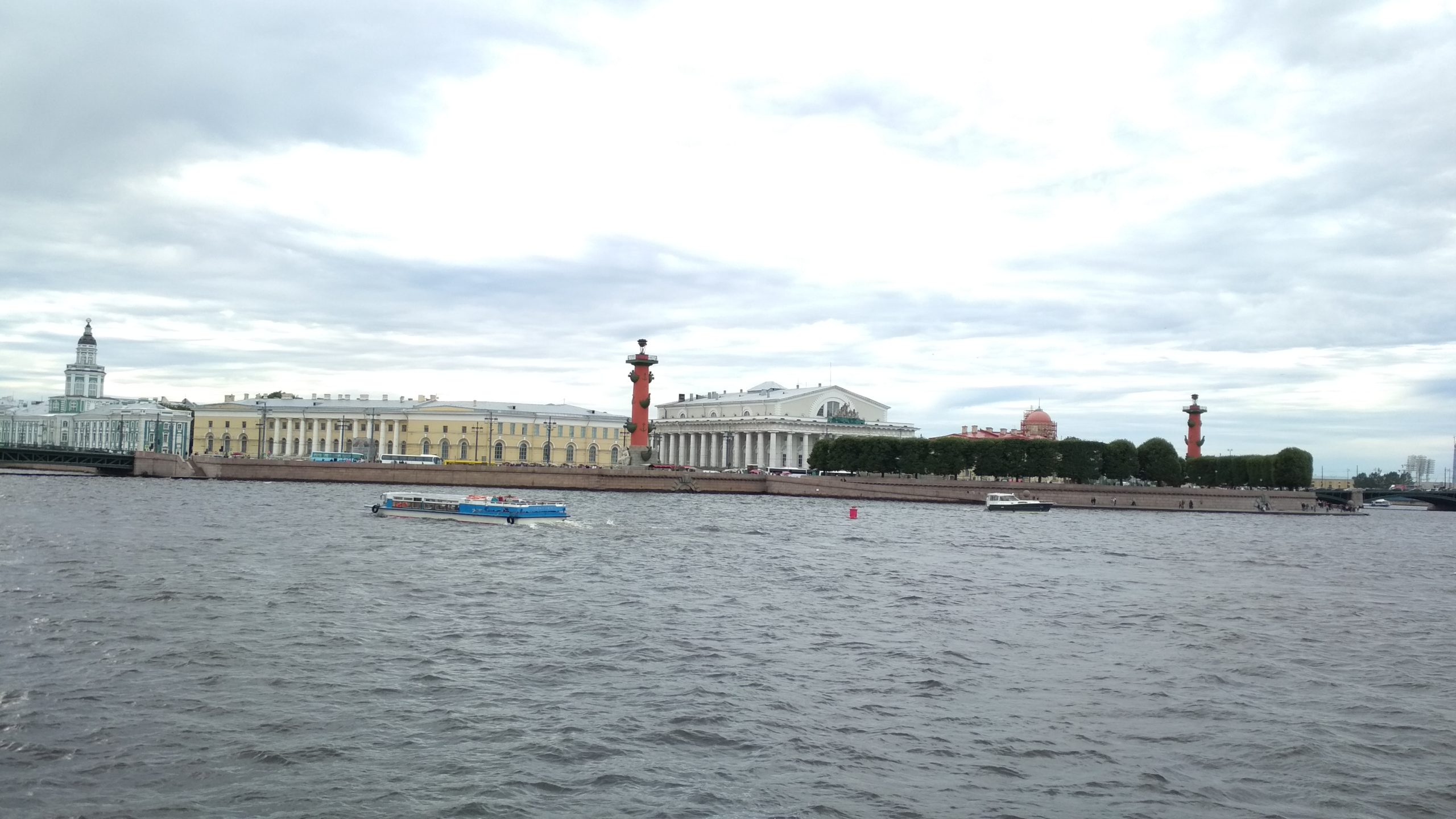 Open all year round for external review