Routes for soccer fans and their families

Home » Activities » Routes for soccer fans and their families

A bus tour that emphasizes the most important landmarks and that drops you off at locations from which you can get a shuttle to the stadium “St. Petersburg.”

St. Petersburg is a modern city that lures not only by its monuments and unique architecture, but also by surrounding it mysticism.

Since its foundation St. Petersburg has been considered to be a bit mysterious, and enveloped in multiple legends and secrets. In the city-centre, almost each and every street has been a sight of murder or an accident throughout St. Petersburg’s existence. Ghosts haunt lots of palaces and houses.

Half of the modern buildings in St. Petersburg are located in anomalous sectors. Notably, 10% of these buildings are said to be situated in “godforsaken zones”. People have known about these zones for quite some time and, as the result, notoriously reviewed the place at which the building’s construction was planned.

Certain districts of St. Petersburg are said to be built on the locations of the former pagan sanctuaries. You will be introduced to the story of the Pavel I’s ghost that inhabits St. Michelle’s Castle (one of the most mysterious places in St. Petersburg). After the emperor Pavel I died, this castle turned into an abandoned dark place. Some of its visitors to this day see various strange shades and witness anomalies. You’ll also get the chance to learn about mysterious sphinxes, the spirits and ghosts of Peter and Paul Fortress, time and space gapes on St. Petersburg’ canals and rivers, about mystical legends associated with Pushkin and his Queen of Spades, and most certainly lots of other interesting facts. You’ll hear a lot of legends and historical facts, and will get exposed to the mythology of the city on the Neva River.

This is the first official and risk-free tour of the rooftops in St. Petersburg. A great panorama can be observed from this height and the ambiance allows you to find peace. You get the bird’s eye view of the city. The tour takes you to a 7-story building situated on Ligovskiy Prospect. When on the rooftop, the locals and visitors get a great view of the city. The Ministry of Emergency Situations of Russia and other supervising agencies have approved this tour. Prior to the beginning of the tour the visitors are given detailed safety instructions. Going on this tour will give you the opportunity to see and hear all about the architectural monuments, various buildings and constructions. Upon request, you will be provided with professional photographer that will capture your most memorable moments in St. Petersburg.

The number of the observation decks is scheduled to increase by the beginning of The World Cup.

This is the restaurant row of St. Petersburg. Over 50 restaurants, bars and pubs are located on this street. It covers the distance of approximately 800 meters (0.5 miles) and starts at Nevskiy Prospect and goes until Zagorodniy Prospect. However, if you are planning on spending 10 minutes on passing through it, that won’t be really possible as the temptation of going to one of the eateries and grabbing a bite is too strong. Almost all cuisines from around the world are represented here. Among them Czech, Irish and English Pubs; vegetarian cafeterias and tea-houses; Chinese,, Mexican, Georgian, Spanish, Italian and Cuban restaurants; multiple patisseries; fast-food chain restaurants; wine and cocktail-bars. In total, over 50 places to pick and choose from.

The tour “Northern Venice” is the classic water promenade around St. Petersburg. The visitors depart from the dock on the Neva River and then follow the Fontanka River, the Krjukov Canal, and the Moika River, which takes them back to the Neva River by the means of the Winter Canal. During the tour the tour-guide will tell you everything about the history of the sights that you will see from the boat. The comfortable motor ship will pass by the Winter and the Marble Palaces, and then will head to the Peter and Paul Fortress and the Summer Garden. The next portion of the trip will take you to the Summer Palace of Peter the Great, and the Sheremetiev, the Stroganov and the Anichkov Palaces. You will also see the St. Isaac’s Cathedral and St. Nicholas Naval Cathedral in all their beauty and glory.

Those of you that want to take a break from the city are welcome to the tour the Yelagin Island. It is the northernmost island in the mouth of the Neva River and is surrounded by 2 rivers: the Srednyaya Nevka River and the Bolshaya Nevka River.

The park located on this island is known to the locals as the Central Park of culture and recreation and it dates back to the middle of XVIII century. The fact that there is a large diversity (for a big city) of plants, animals and in particular birds sets this park apart. The park’s flora went through a lot of changes in park’s 300-year long history. It had to go through such things as draining of the swampy land and the planting of new trees. There have been multiple landscaping designs (with different kinds of lawns, flower gardens and trees) that were tested and considered throughout park’s history. The trees planted here included broad-leaved species (oak, elm, maple, ash, linden, horse chestnut trees), the coniferous trees (fir, pine and larch trees) and different bushes.

From earlier plantings, you can encounter trees that could be included into the international register of trees that are considered to be the monuments of wildlife. One of these kinds of trees is the Sessile Oak (2 of them and mostly likely planted during Peter I reign and the exploration of the island). When it comes to park’s fauna, it includes around 10 species of mammals. The significant majority of them are from the rodent family: the red squirrel and its Altay sub-type, mice (both field and house type) and muskrats. 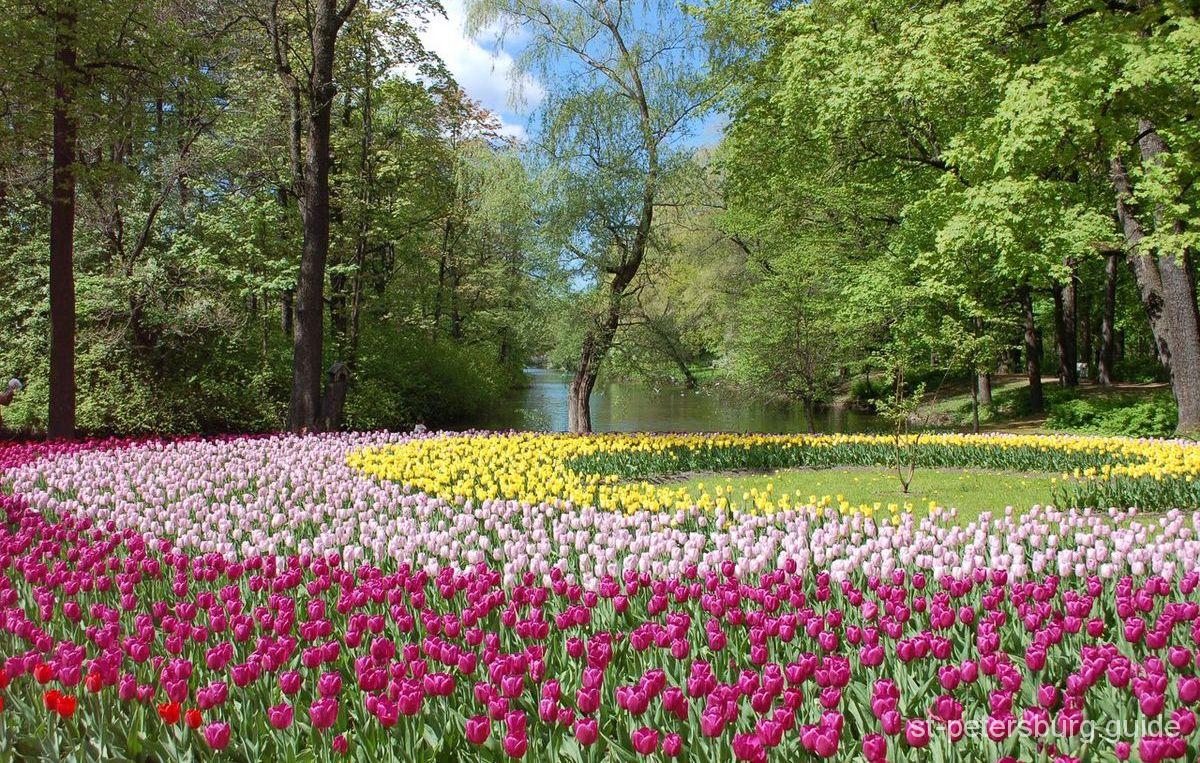 Cats are an important part of St. Petersburg and are deeply connected to its history and culture.

This tour will emphasise that St. Petersburg’s cats are well known and why that is the case, it will also explain what important functions they served in the city’s life. An example would be them guarding the Hermitage from the rats or protecting scarce grain resources from the rodents during the siege of Leningrad and thus saving human lives..

The tour will also focus on the monuments in the city on Neva River dedicated to “the heroes with stripes, paws, whiskers and tails”. It will mention famous Hermitage cats and why the locals love these pets so much. The children can go to a café-museum where they’ll see temporary exhibitions, as well as permanent expositions dedicated to cats. They’ll get the opportunity to pet a cat of any colour or breed. Tea and snacks will be offered when playing with the cats.

This tour raises awareness about the importance of the fair treatment of pets and helps to form understanding of the relationship between a human and their pet.

Go for an unforgettable, and fascinating nighttime trip on a motor ship! It gives you the opportunity to explore the rivers and canals of St. Petersburg. The duration of the trip allows seeing 6 drawbridges open and gives enough time to enjoy the beautiful views of St. Petersburg at night. The city-centre at that time is definitely worth seeing. The sights will gain a new charm because of being illuminated and the reflections of the illumination-lights on the water surface will help create a perfect ambiance.

Undoubtedly, the opening of the bridges will only give you positive impressions and will add to your overall experience. St. Petersburg wouldn’t be as fascinating if it had no drawbridges. At night you can see the city from a different angle. It opens up from a new side and reveals its other side that can’t be seen during the day. There is a belief that during the full moon, you can see vessels and boats from Peter the Greats Era floating around Peter and Paul Fortress. If really lucky, you will get to see mermaids and other magical creatures in the water beneath the Liteyny Bridge.