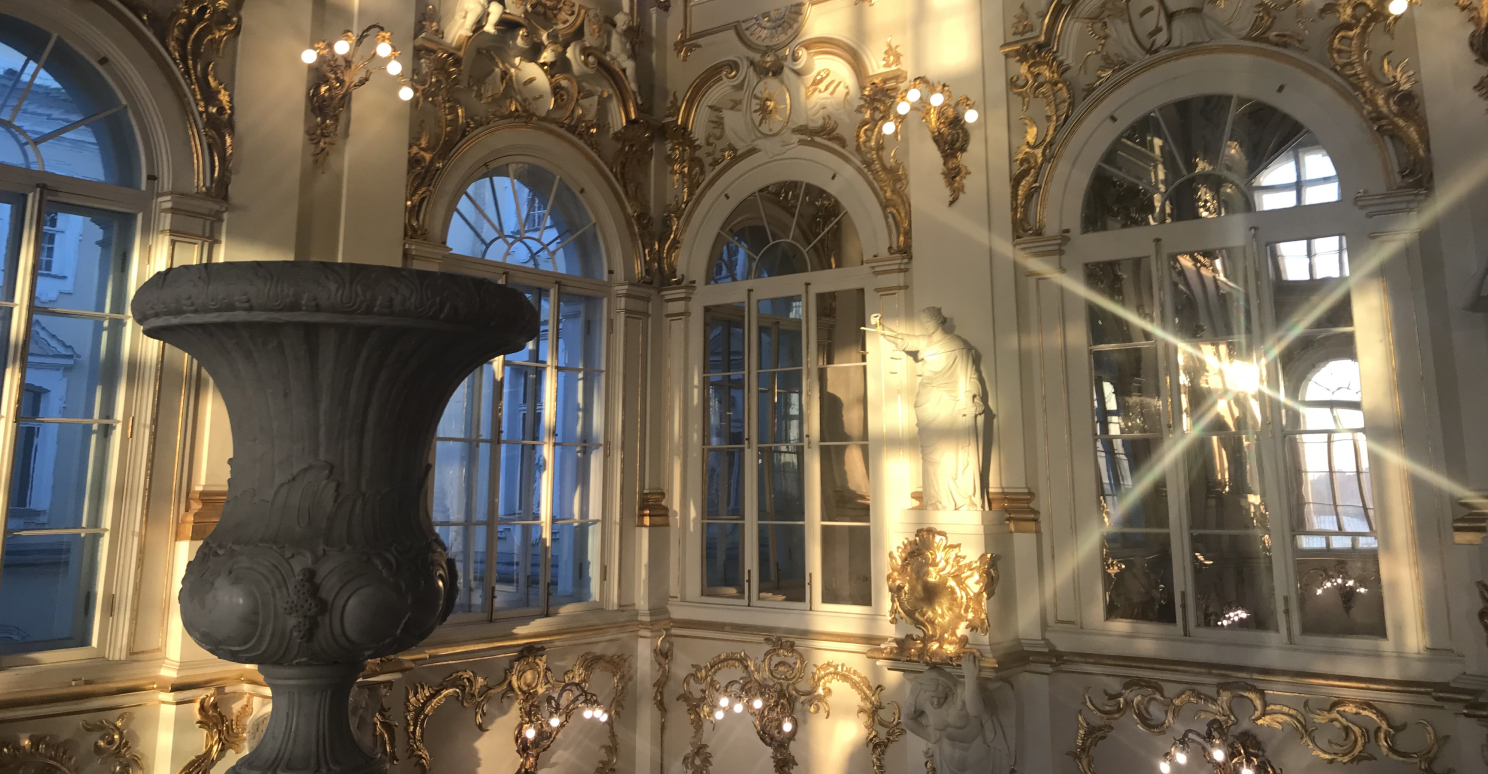 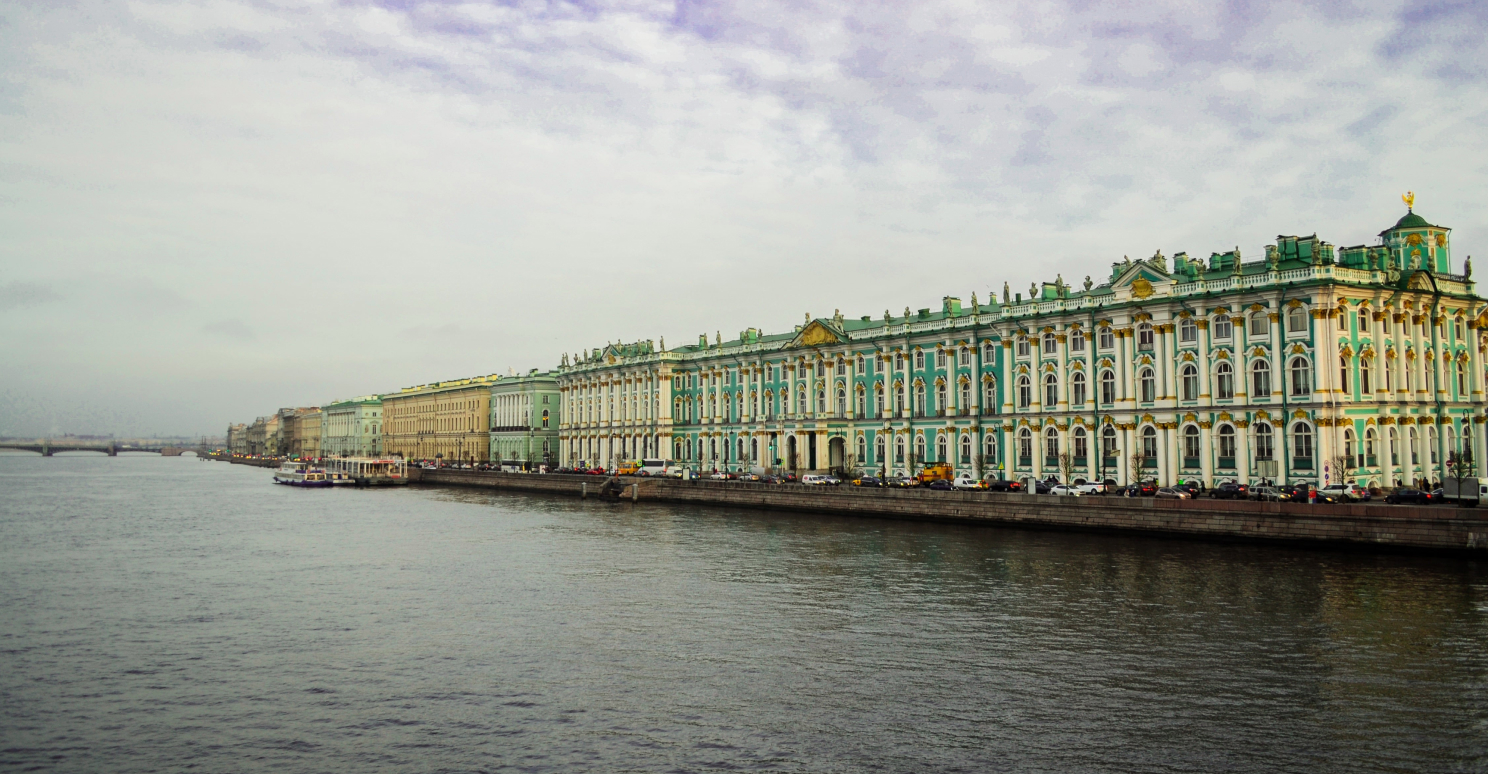 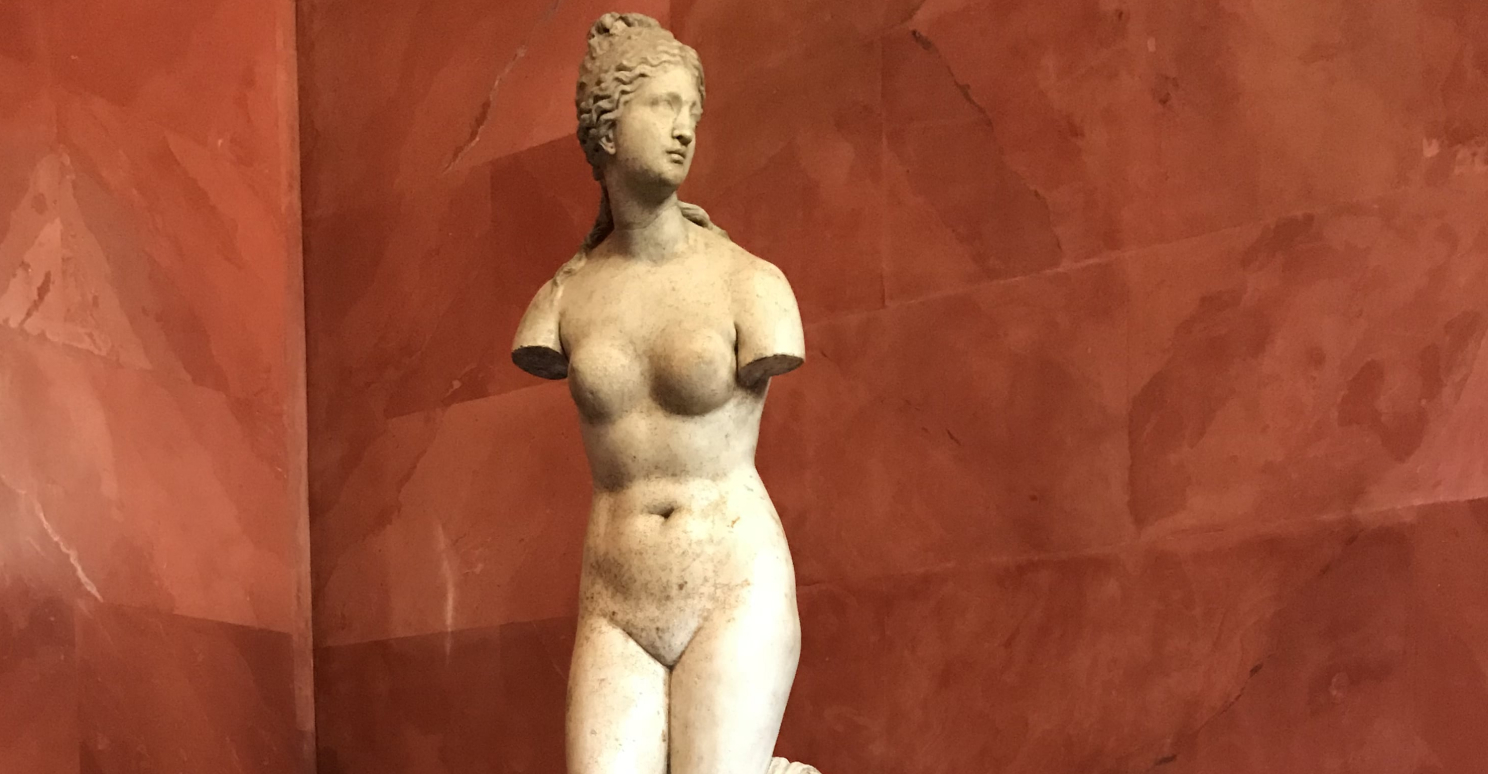 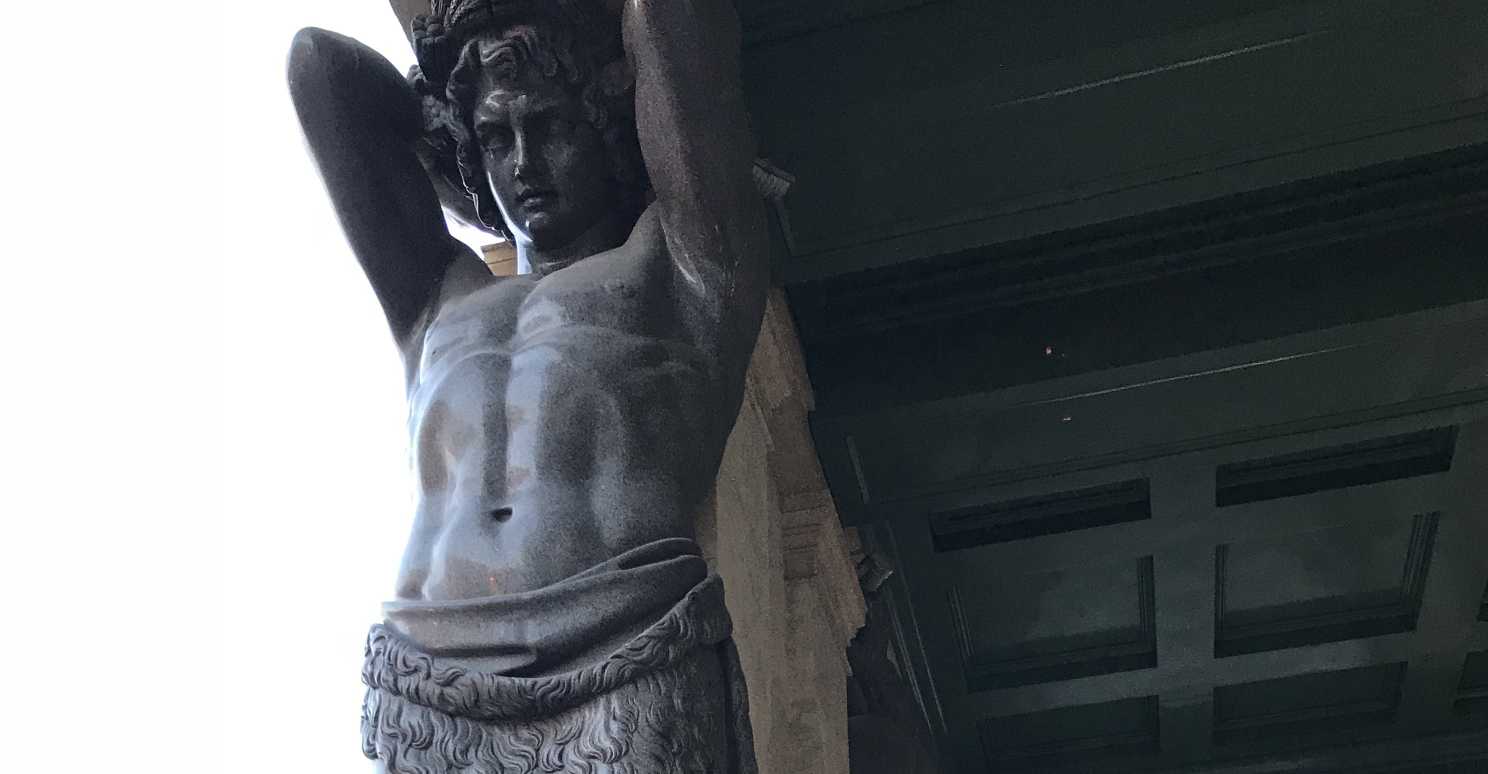 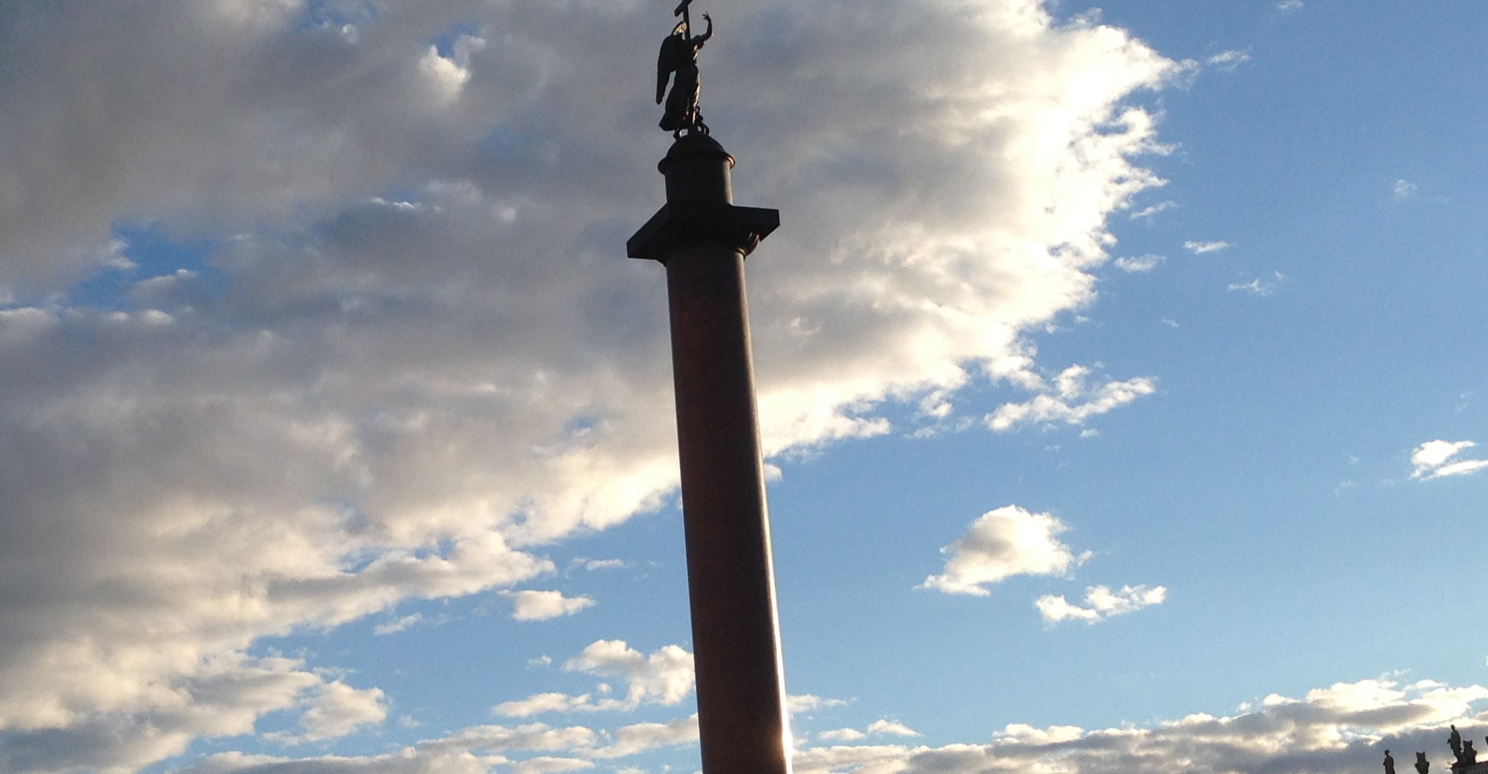 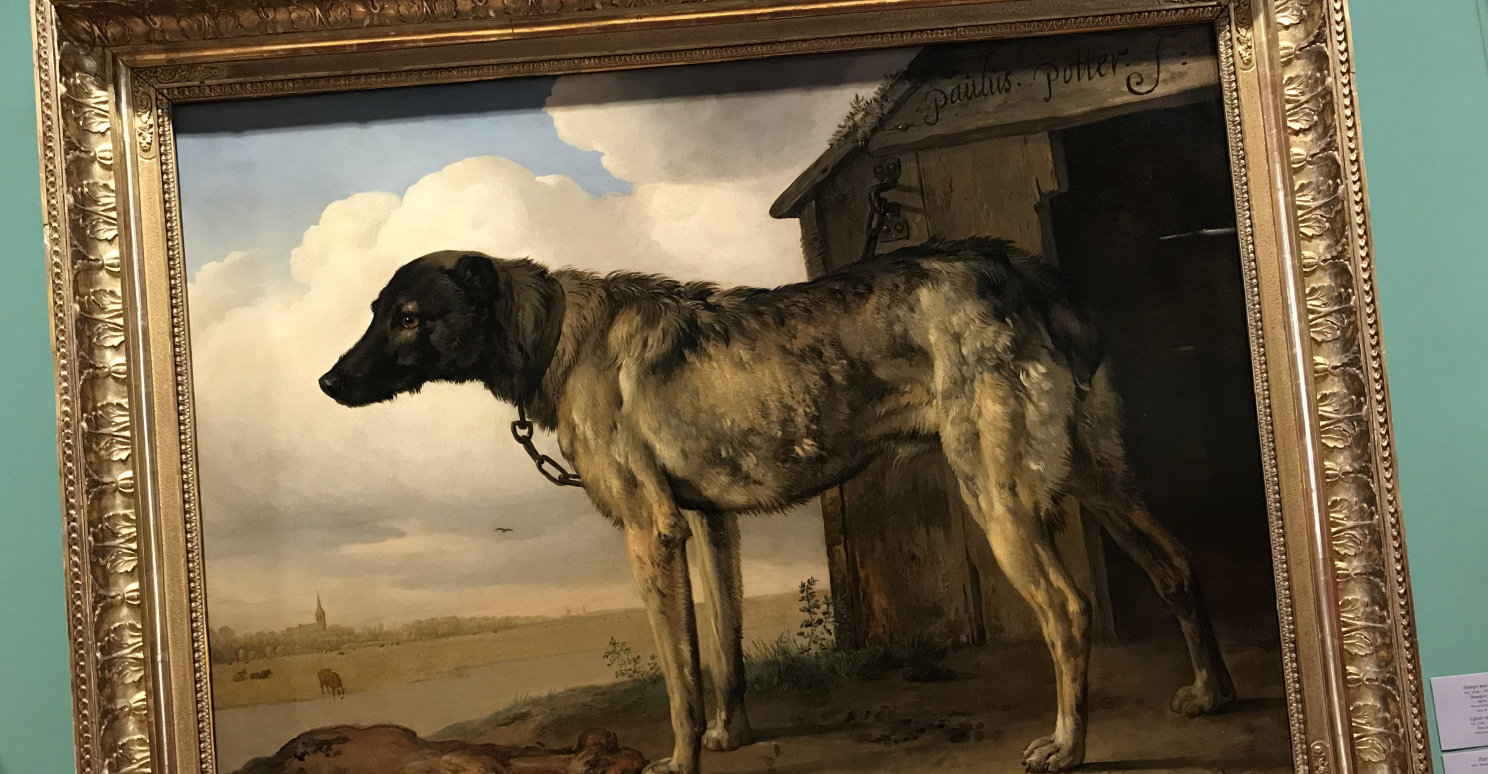 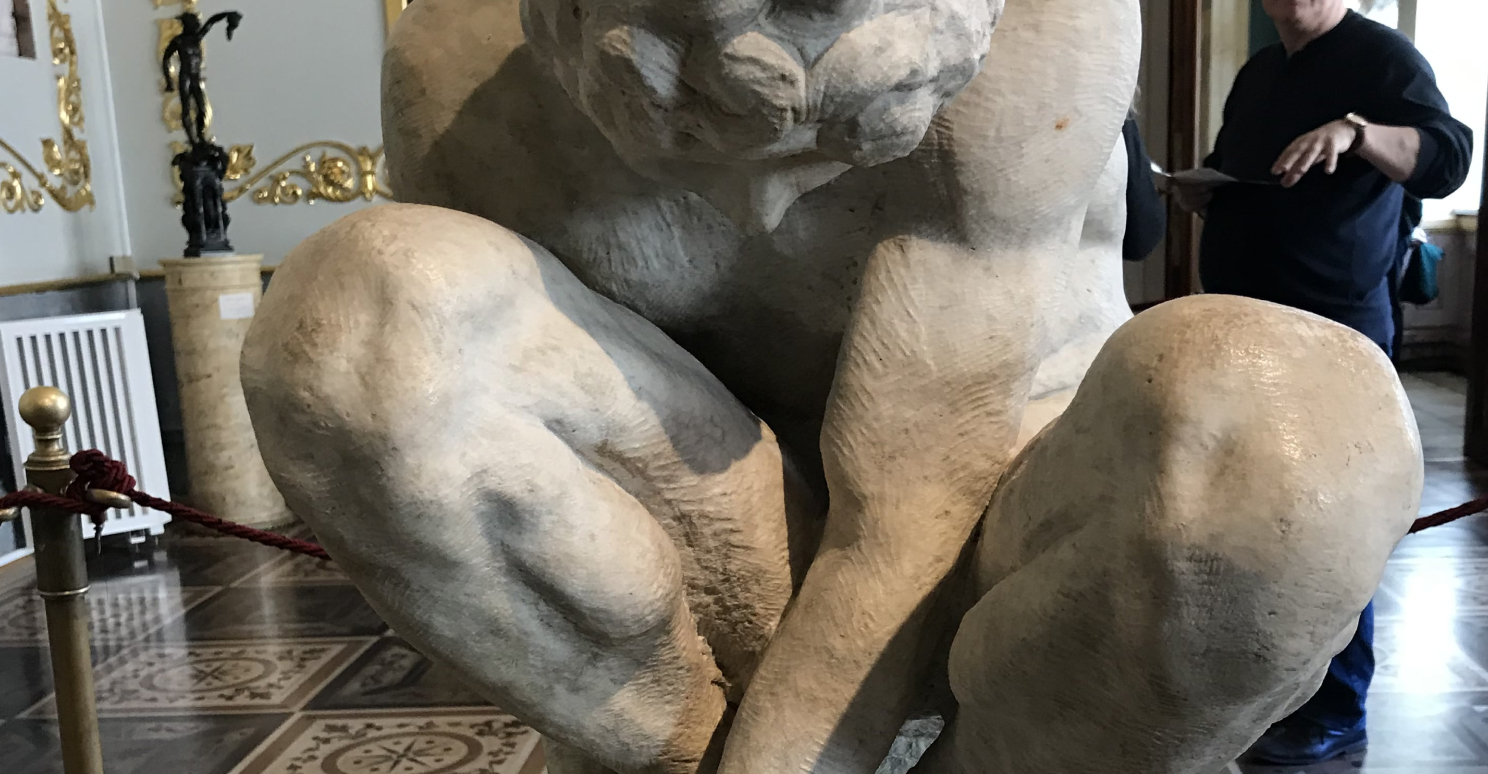 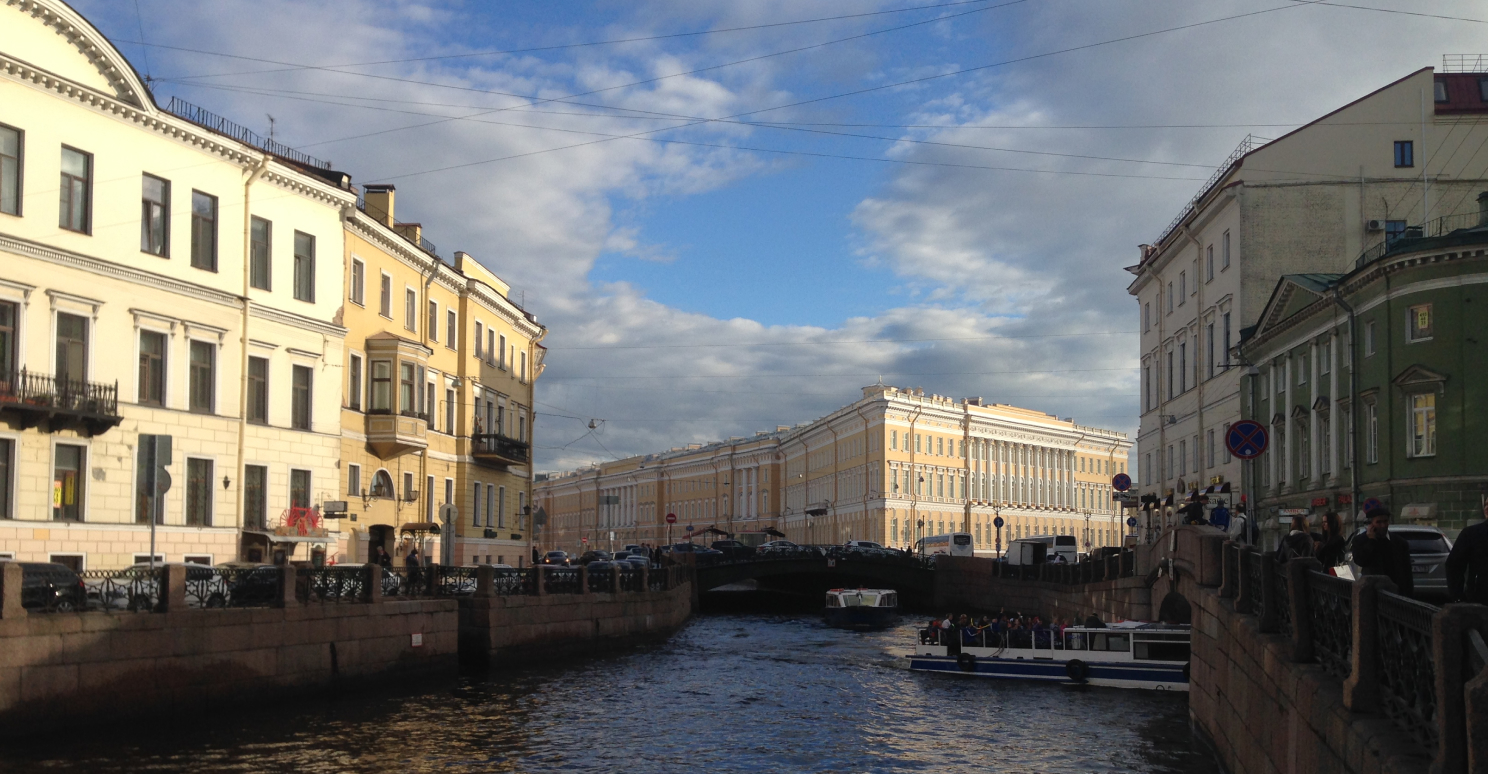 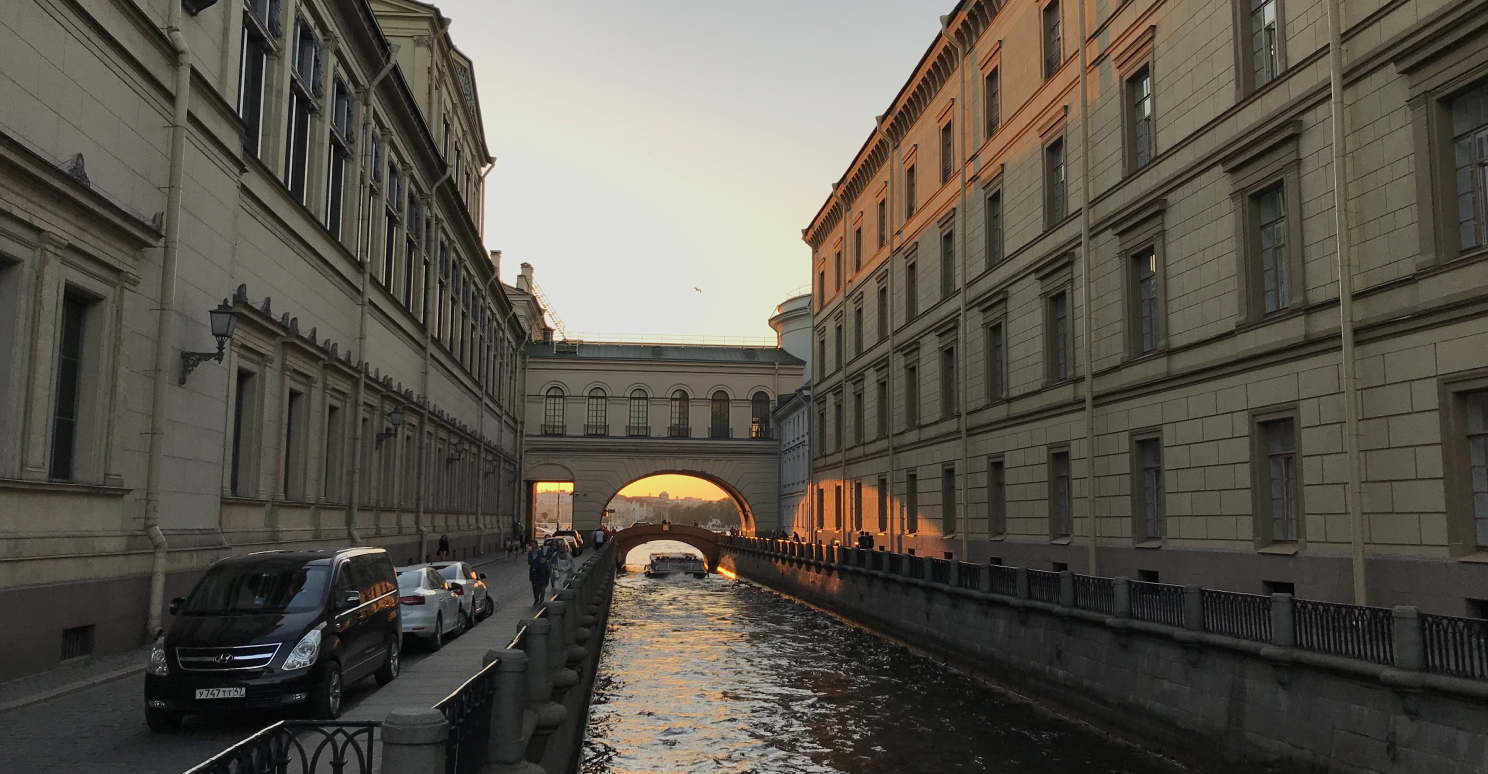 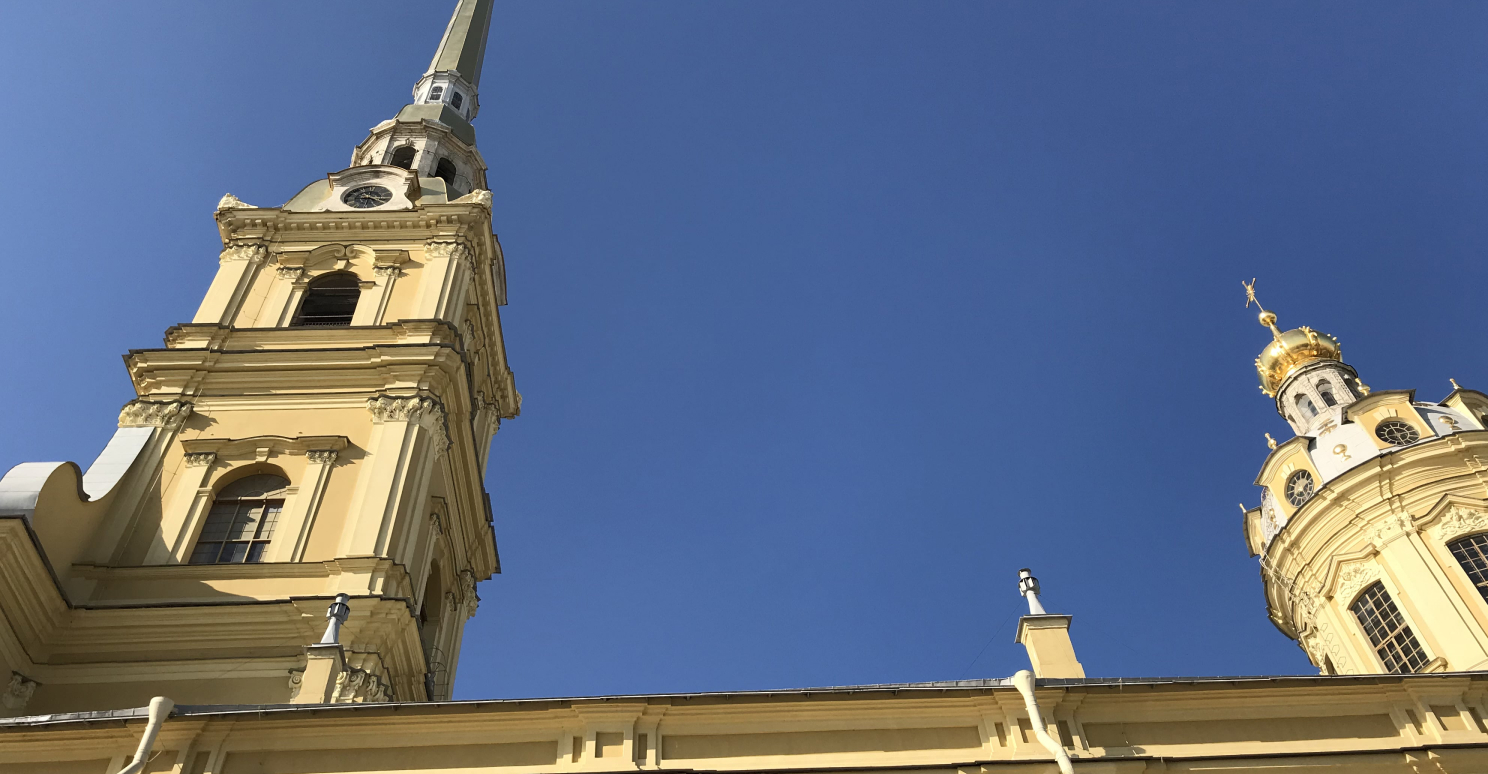 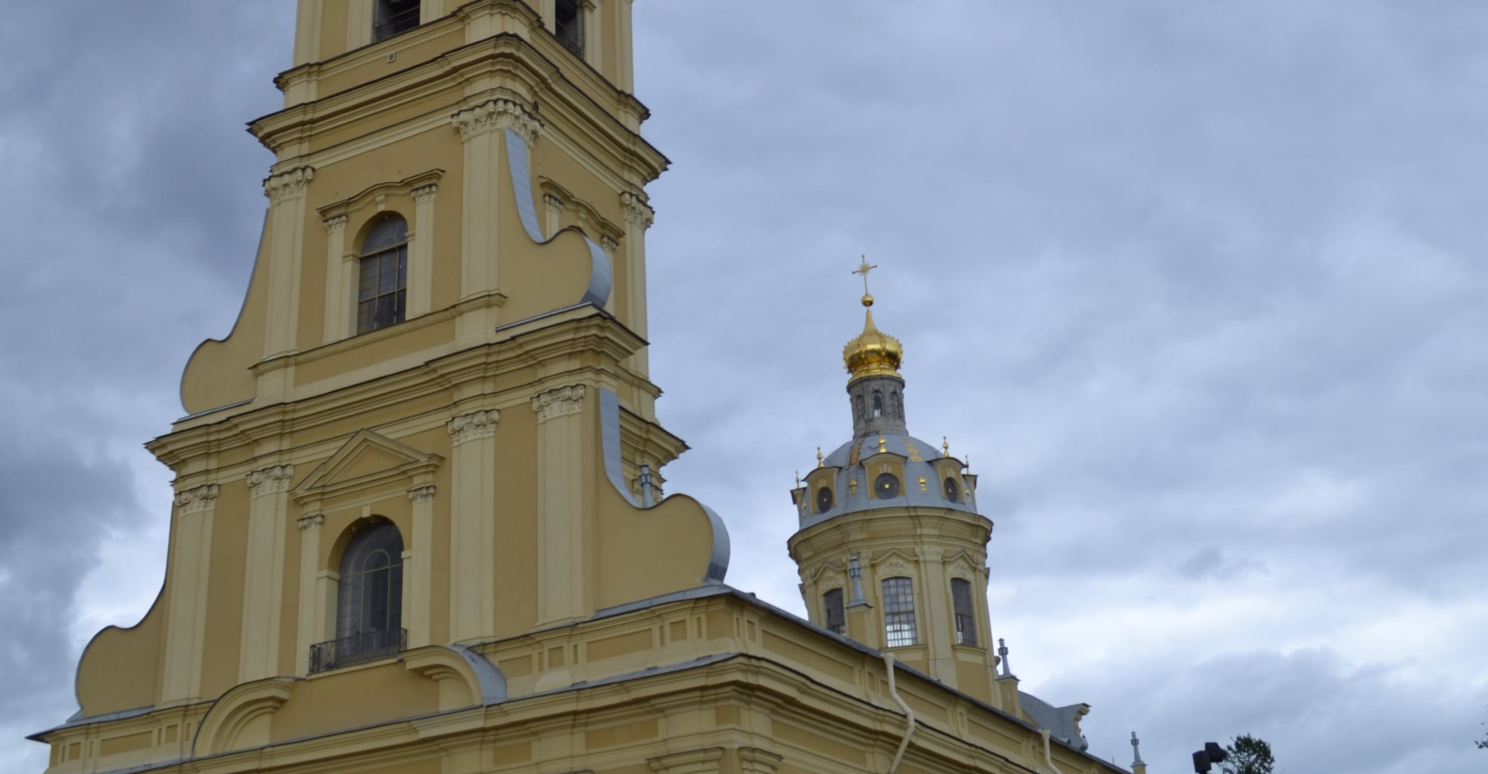 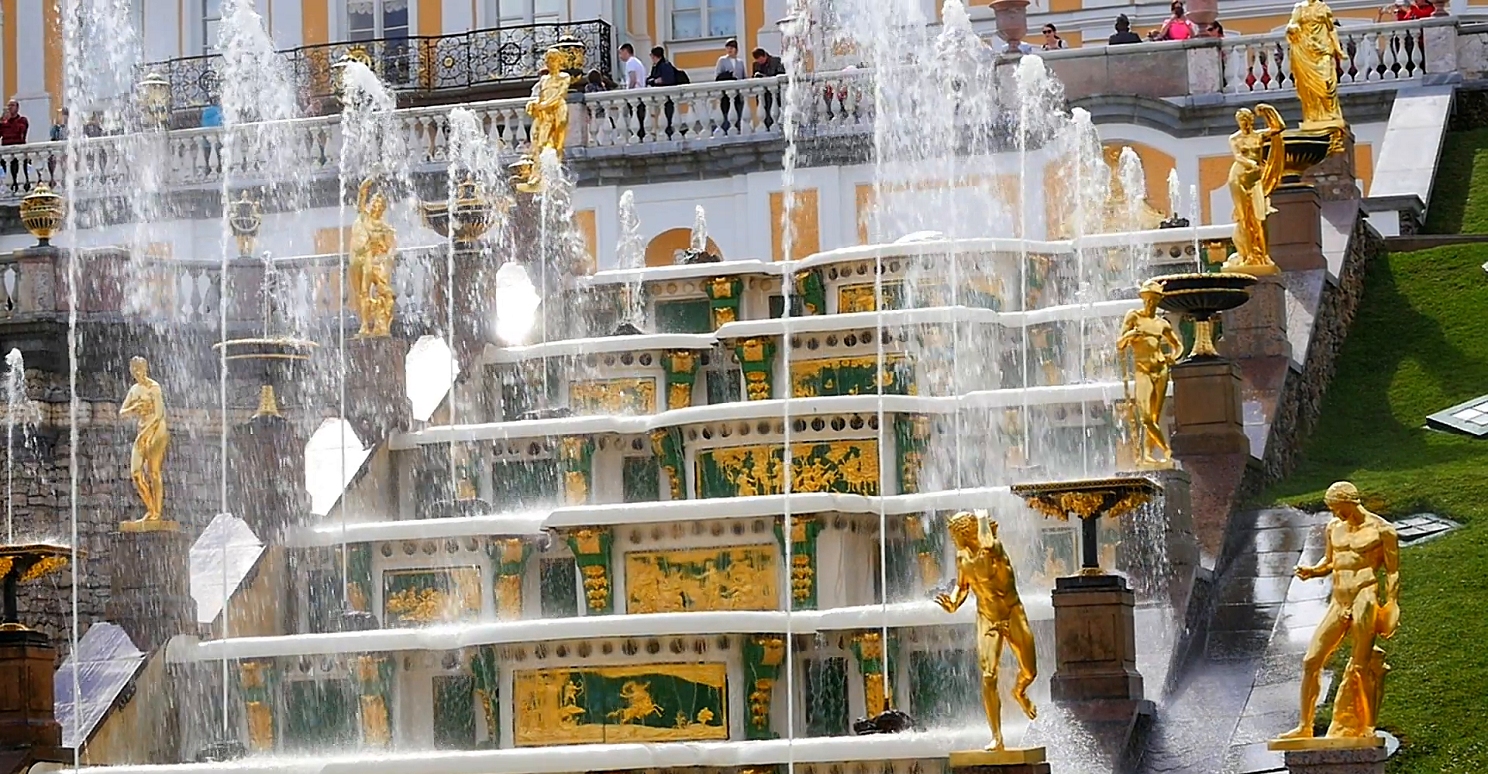 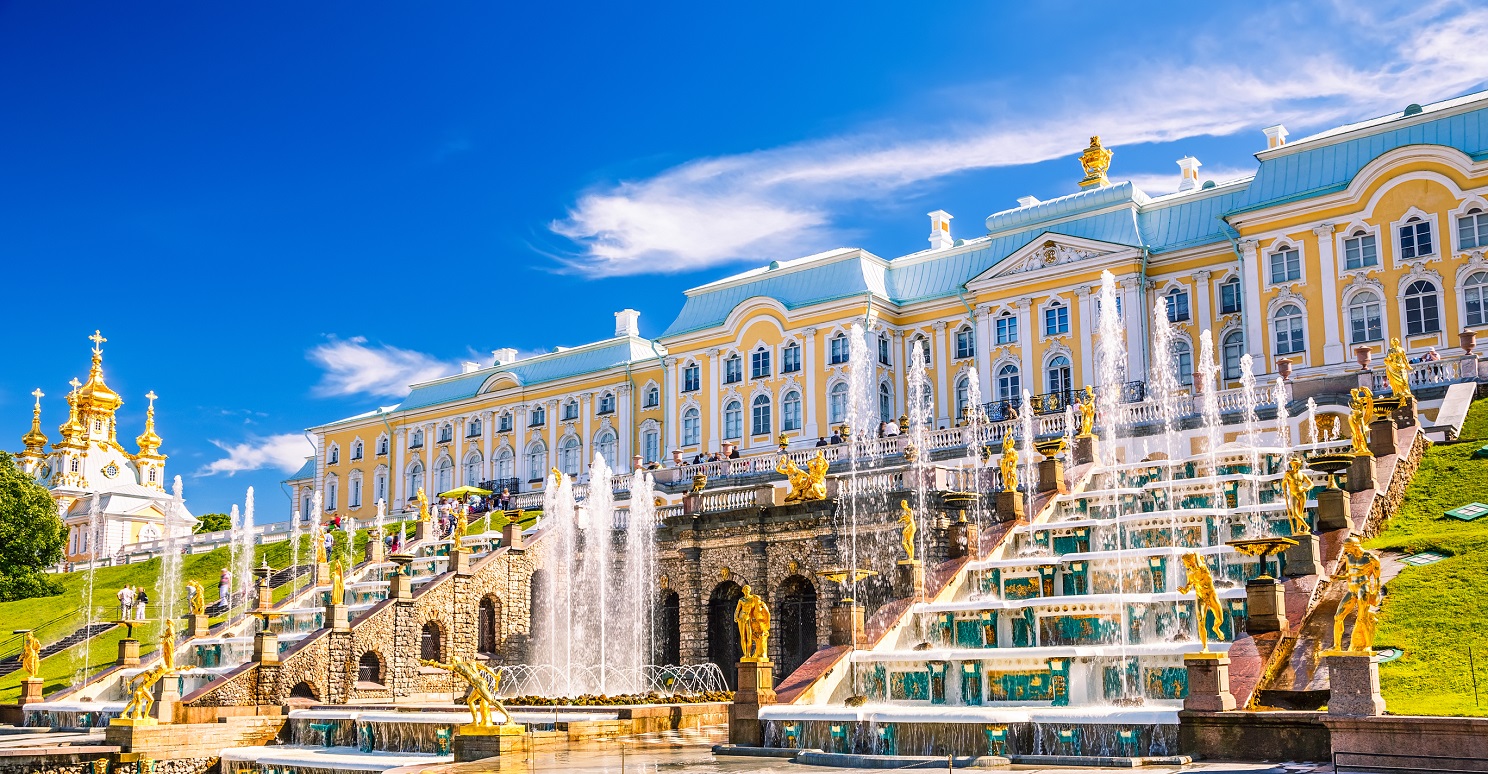 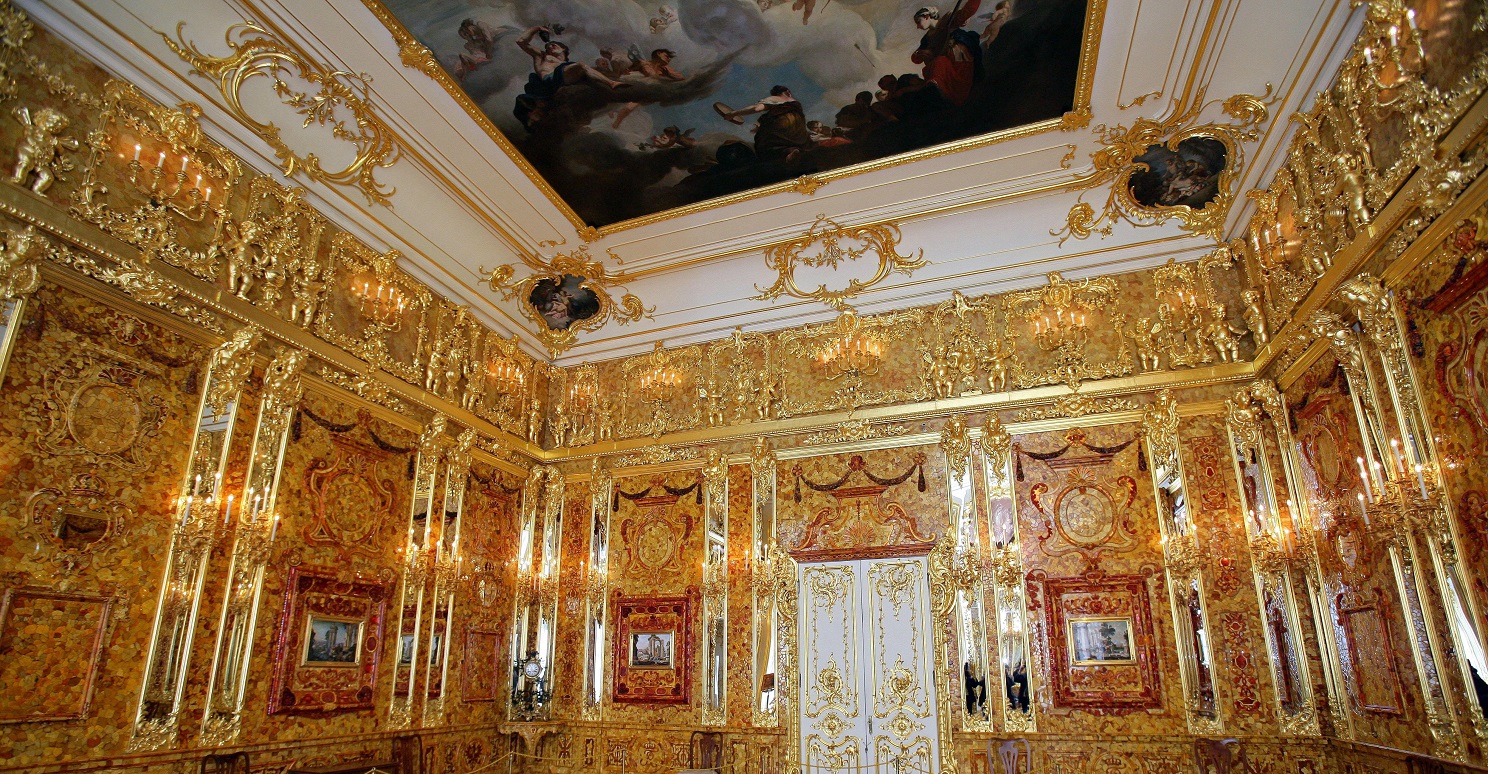 Have a two days stay in the North Capital of Russia: 2-Day Tour in St Petersburg with an English-speaking private guide is what you need. Be sure you will see everything for what people travel to St Petersburg. And if you have more time for Petersburg voyage, then you are lucky and can afford to just wander around the city center or order my even more detailed excursion with a private guide.

First day program contains a private city tour and inside excursions to the State Hermitage Museum, Faberge museum as well as visits to Peter and Paul Fortress, St Isaac’s Cathedral, and Spilled Blood Church. I will meet you in the lobby of your hotel or any other place that you choose during the discussion of the upcoming two days in St Petersburg by email or messenger. I can provide a private car with a driver for the entire tour, or get around on foot using public transport or taxis as needed.

Second of two day tour will be about trip to the former summer residential areas of Imperial family in St Petersburg – Peterhof and Tsarskoye Selo. After coming back from the suburbs, let’s also have a boat trip on St Petersburg’s rivers and canals. The city is unofficially called the Venice of the North, due to its location on 42 islands. On the granite embankments of the Neva and canals, you will view magnificent palaces and mansions that belonged to the royal family and aristocracy.

During the night hours, raising drawbridges allow the movement of large commercial ships from the Gulf of Finland to Lake Ladoga. If you decide, river cruise can take place in the night time (after 1:00 am) under the bridges raised. Saint Petersburg by night is truly wonderful and magical!

The State Hermitage museum is among the greatest museums worldwide alongside with the Prado Museum in Madrid, the Louvre in Paris, the National Gallery and the British Museum in London. The collection consists app. 3 M exhibits. Western European paintings have earned worldwide fame, because the collection's pieces of art date to the 13th century up to the 20th century, which means 7 throughout centuries all together. Among the most well-known pieces are works by Titian, da Vinci, Michelangelo, Raphael, Raphael, Rubens, El Greco, Velázguez, Rembrandt; painting in the impressionism and post-impressionism styles. Among European sculptures, there are masterpieces by Michelangelo, Falconet, Canova, Robin and many other outstanding artists.

St Isaac’s Cathedral was named after reverend Isaac the Dalmatian, a Byzantium monk who lived in the 4th century. The fourth and last version of the church is considered as an architectural masterpiece of the 19th century, that was built in 1858 by the design proposed by the French architecture, August de Montferrand. Its construction took approximately 40 years, and including the interior design cost the treasury  around 24 million rub. In total, there are 112 monolithic columns of varying sizes in the cathedral and over 350 sculptures. The dome's gilding required around 150 kilograms (331 lbs.) of gold. The area of the ceiling painting of the main dome is 800 m2, and the total area of mosaics is 530 m2.

The Cathedral of Resurrection of Christ is a Russian architectural monument that represents romantic nationalism (19th-20th centuries). It was founded and constructed where the Emperor Alexander II was deadly wounded in the assassination attempt in 1881. Thereby, the cathedral is often called the Temple of the Savior on Spilled Blood. Its most significant and special feature is outstanding mosaic. The area with mosaic is more than 7000 square meters, so it is one of the hugest in Europe.

Peter and Paul fortress In 1703 Peter the Great decided to build a fortress that would have all technological advancements. This island called Hare Island (from Finnish "Enisaari") and situated in the delta of Neva was picked as a spot of fortress foundation. Thereby, the further construction of Sankt Petersburg (German manner) was initiated. It honored Apostle Peter, the guardian angel of Russian tsar and Russia. The fortress name spread on the city that founded and quickly grew around it. The fortress's name came from the name of the cathedral, located right in its center, which, in turn, was called after the saints Paul and Peter and lately became a place where Russians Emperors starting from Peter the Great were buried.

Peterhof is often called the Russian Versailles. It is an incredible display of gold, bronze, marble and water. The total area of The Great Palace with the Upper Garden and Great Cascade, and the Lower Park with the Hermitage, Marley Palaces, Monplaisir is 117.5 hectares (290 acres). You can see over 150 fountains that form an outstanding complex, one and only for its scale, beauty and power of watery shows. The Great Palace of Peterhof is very beautiful. The whole complex represents a great architectural monument protected by UNESCO.

Tsarskoye Selo (Pushkin city) Beautiful, very cozy and green, this city in the suburban area of St Petersburg was named after Alexander Pushkin in 1937. The poet studied there at the Lyceum of Tsarskoye Selo. Interestingly, for about two centuries this town was a summer residential mansion of the Russian Royal Family. The three-story Catherine Palace now run in an almost unbroken line for over 300 meters. There you can visit the Amber Room, the richest chamber of Catherine Palace. When the Nazis broke into Pushkin, their specialists removed the amber panels from the room's walls and ceiling and moved them to Königsberg. The recreation of the Amber Room lasted for 24 years. It was completed in 2003 as a symbolic present to the 300th anniversary of Saint Petersburg.

During the two-day St Petersburg tour, you will see the most spectacular highlights of St. Petersburg and suburbs

During the two-day St Petersburg tour, you will visit the most significant museums of St. Petersburg and suburbs

We could not have had better guidance around St Petersberg. Anna brought the history alive with her stories and her knowledge of the architecture, political history and Russian dynasty. We felt very safe and she was so helpful with getting tickets, timing of visits and taxis. We both feel we have learned so much about this beautiful and interesting city. Thank you Anna.

My daughter and I have enjoyed a most wonderful 3 day visit to St Petersburg. We engaged the services of Anna for a 2 day private tour and we couldn’t have been happier. To start with she is friendly, warm and accomodating and her knowledge is outstanding. Anna also helped us with restaurant and retail recommendations all of which were spot on. As first timers to Russia we wanted to make the most of our time and thanks to Anna we accomplished more then we ever hoped to. I highly recommend using Anna if your are considering a private tour. 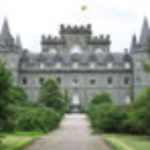 We arrived in St Petersburg on a cruise ship and Anna arranged a great 2 day trip of the city for us. She communicated with us in advance to agree what our tour would involve and all timings, and gave us useful advice. When we arrived, she was there on time to meet us and start our tour. It was an action packed couple of days and Anna was full of information about all the places we were visiting. We were whisked to the front of the queue at each place we went to so no standing in line! And on our final day she had us back exactly when she said she would do we were back on board on plenty of time for the ship leaving. For anyone visiting St Petersburg I would recommend Anna as your guide, she was excellent! 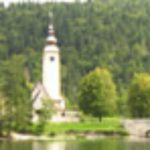 I spent a fantastic 2 days seeing the sights of beautiful St Petersburg with Anna as my private guide. The tour was very well organised and managed to cram in all the things I wanted to do in my short time there. There was no waiting in line to get into any of the attractions as Anna had pre booked the tickets and we were able to skip the long queues. She was very accommodating to fit in all the things I wanted to see in my time in St Petersburg including transport options. Anna was always on time with meeting me in the morning and including at midnight when we did the open bridges tour. It was a very informative 2 days and there was not a question I asked she was unable to answer. Her knowledge of the city and history of Russia is second to none and extremely impressive!! Anna is an absolute professional, very friendly and easy to communicate with. It was a pleasure to explore St Petersburg with someone who is passionate about their city and I recommend her services while visiting!! 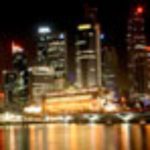 We spent two fantastic days in St. Petersburg and had the great pleasure to have Anna as our private guide. She planned our visits to all fantastic places and arranged all tickets in advance. Somehow she always got us among the first in line. Anna has a great knowledge about history, buildings and all worth knowing about the city and the life in Russia. We can really recommend Anna if you want to explore St. Petersburg. Best regards 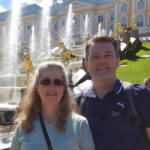 Fantastic tour Anna, we cant wait to come again! Looks like we might be doing 2 trips to russia next year. So excited 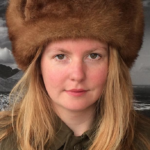 We got to St. Petersburg for a couple of days, wanted to watch something special from russian history. Our guide Ann suggested to get to Pushkin City. It was really fun!!! We heard lots of things! Amber room is something special! Ann thanks for interesting tour.