Also known as the Engineering Castle

Home » What to see » Mikhailovsky Castle

Mikhailovsky Castle (Saint Michael’s Castle) is among the largest architectural monuments of the 18th century. It is the only palace building in Russia, created in the romantic classicism style.

It is located on the former place of the Empress’s Elizaveta Petrovna Summer Palace and surrounded by the Fontanka and Moyka Rivers. The Emperor Pavel I ordered to disassemble after his mother’s (Catherine II) death. The overall plan and first drafts of the Castle belonged to Pavel. The working process started already in 1784, and it took almost twelve years for the Emperor to design and construct the Castle. Gatchina was among the possible locations of the Castle.

The Castle was founded in 1797. The construction took place under the supervision of architect Vincenzo Brenna, who also remade the initial design of the Castle and created artistic interiors. On the day of Saint Michael the Archangel in 1800, the Castle was solemnly sanctified, but the inner construction works went on till March 1801. 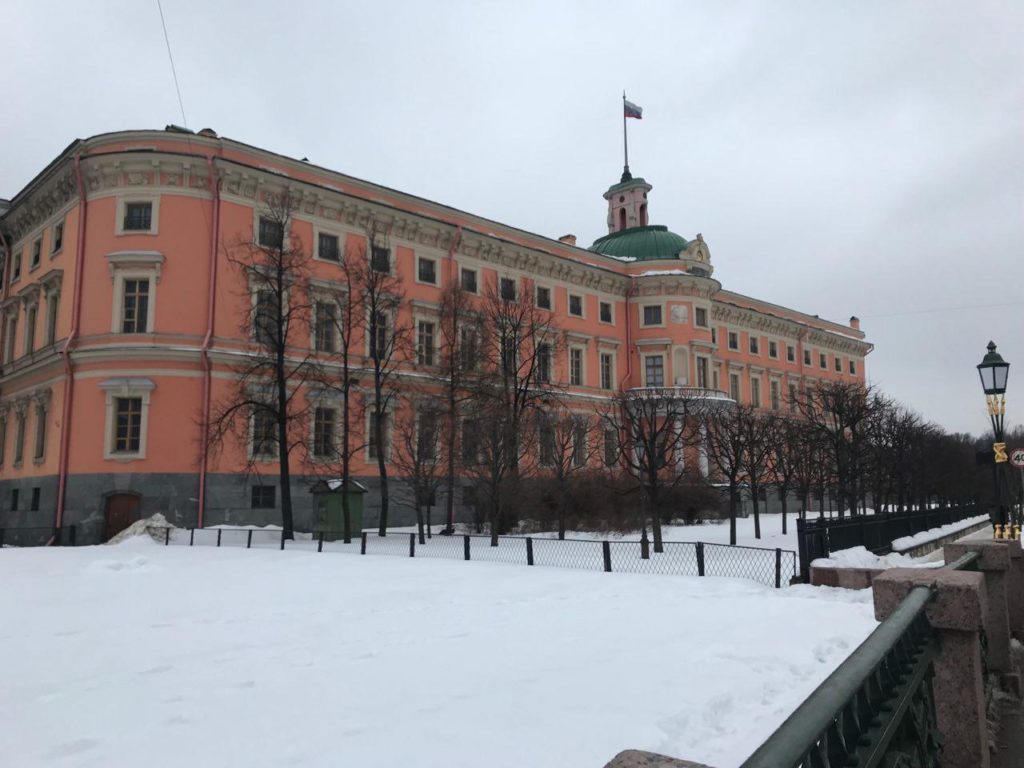 Mikhailovsky Castle was the Imperial residence only for forty days. At night on March 11-12, 1801 the Emperor Pavel I was murdered in his room, becoming the victim of some conspiracy. Soon after that event, all the art valuables were moved from the Castle, and its parade chambers were set up for various departments and given as apartments.

In the beginning of the 1820s, the building was transferred to the Main Engineering School, and on February 1823 it got a new name – the Engineering Castle. Nicholas I was a patron of the School, and after his death, it started to be called as Nicholas’s Engineering Academy and School. Lots of outstanding Russian historical and cultural figures were the School graduates and teachers, such as Fyodor Dostoevsky, Ivan Sechenov, Pavel Yablochkov. 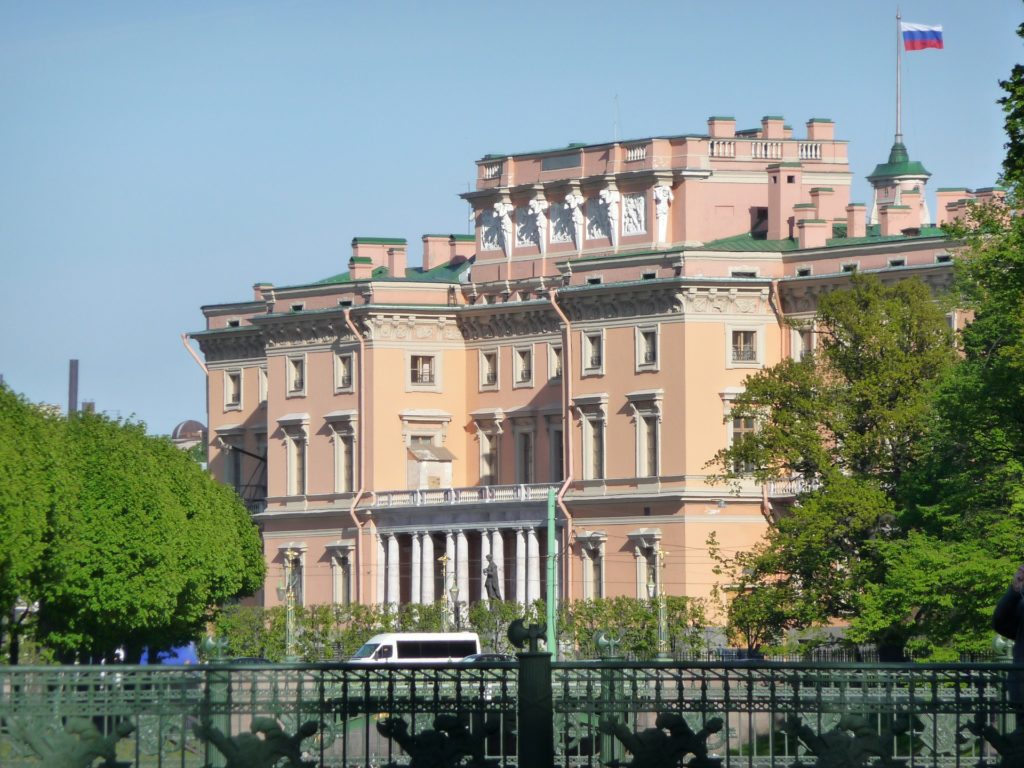 The Castle had changed a lot from its initial look. As for several centuries it served for military and educational needs, it was rebuilt accordingly. Especially during the Soviet times, the whole ensemble was reconstructed.

In 1991, Mikhailovsky Castle became a part of the architectural complex of the State Russian Museum. Nowadays in the restored halls of the Castle you can view the permanent interactive exposition “Saga of The Romanovs”. Other temporary exhibitions as well as the original sculptural composition from the Summer Garden are in the Castle. In the yard of the Castle, you’ll the monument to Pavel I, founded in 2003. In front of the Castle there is a monument to Peter the Great placed already in 1800.

St Michael's Castle is a part of my private tours: