The oldest park in Saint Petersburg

Home » What to see » In the city » Summer Garden

The famous garden of St Petersburg is one of the symbols of the city, located in the place where Fontanka river flows out of Neva. It’s a monumental park founded in 1704 by the order of Peter the Great. 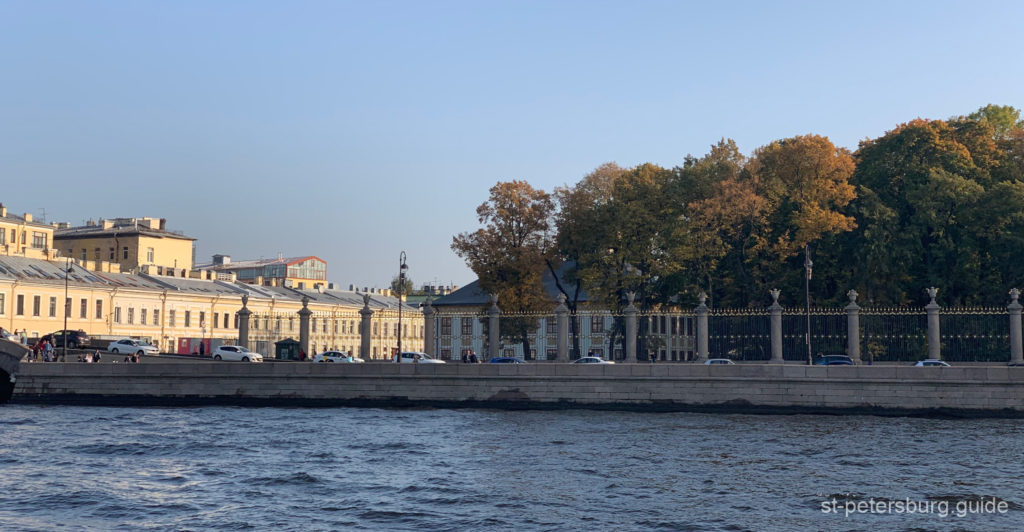 The tsar dreamt of his personal Versailles and the garden was initially drawn by him. Peter was the one to plan the layout of the garden, having everything in strict symmetry – paths, fountains, trees, canals and buildings. There were palaces, one small and another – a large one, greenhouses, an aviary and gardens. Fountains were especially important for the tsar, there were 50 of them.

Summer garden is surrounded by water. At first this location did not have solid grounds, so there was lots of preliminary work done of drying the grounds and bringing lots of soil from the outside. Famous architects and horticulturists participated in creating the garden. It was supposed to become a place of rest, where city and suburban features go together.

The northern part adjoined to Peter’s palace was called the First Summer Garden. According to Trezzini’s project, that is where a small Palace of Peter the Great was built. Actually the palace is still there. The southern part, from the canal to Moyka, was the Second Garden, and a part to the south of the river was called the Third Summer Garden. The latter one is currently known as the Mikhailovsky garden and the territory around Saint Michael’s Castle.

The central gallery, most beautiful and decorated, was adorned by 12 paired marble columns, while the path was covered with black and white marble tiles. In 1720 there was also an antique statue of Venera, later called Venera Tauride, that was the first ancient sculpture of a naked woman in Russia. It was guarded around the clock, because St Petersburg residents were embarrassed by “a naked woman with  white face” so they tried to dress her. Nowadays you can see Venera in the State Hermitage Museum. 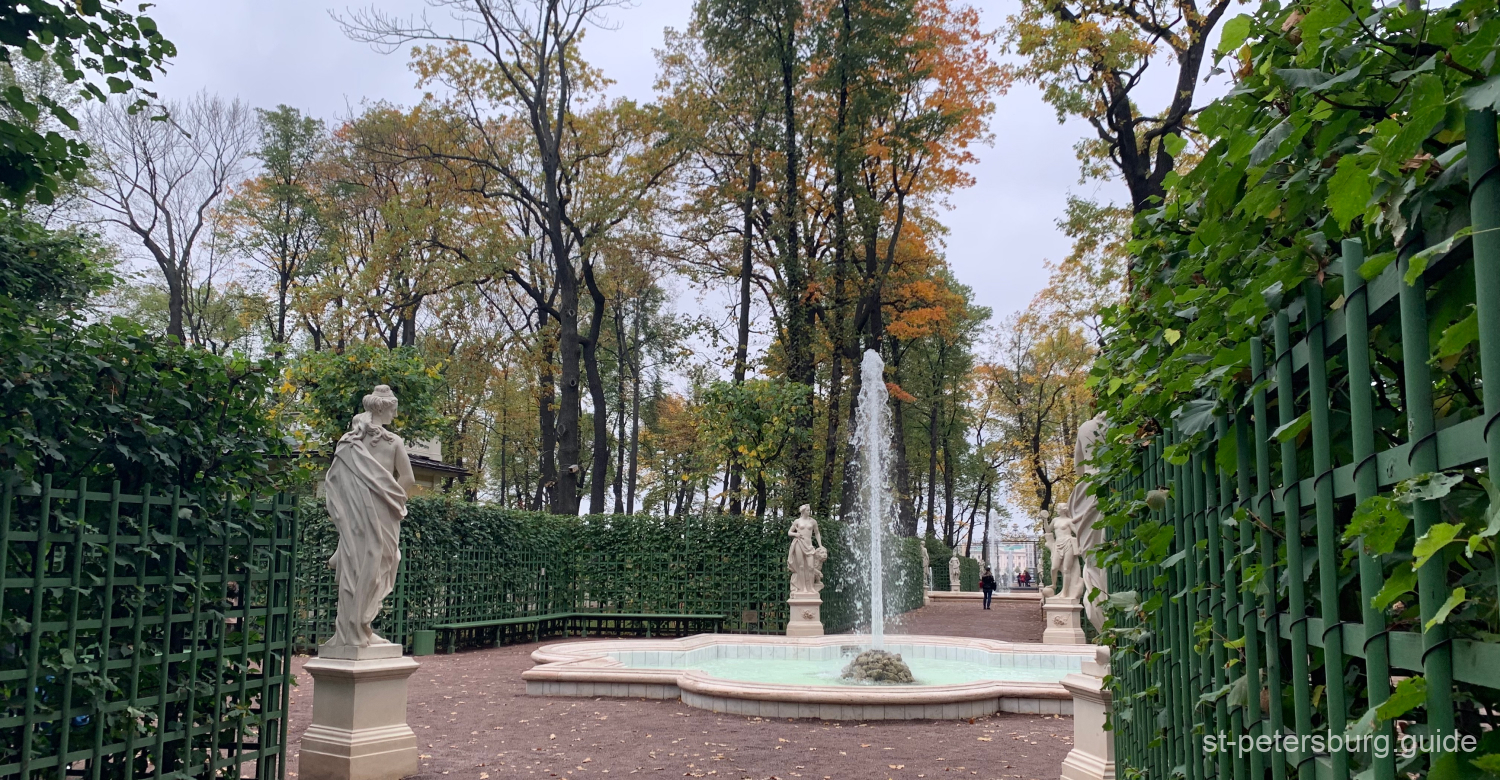 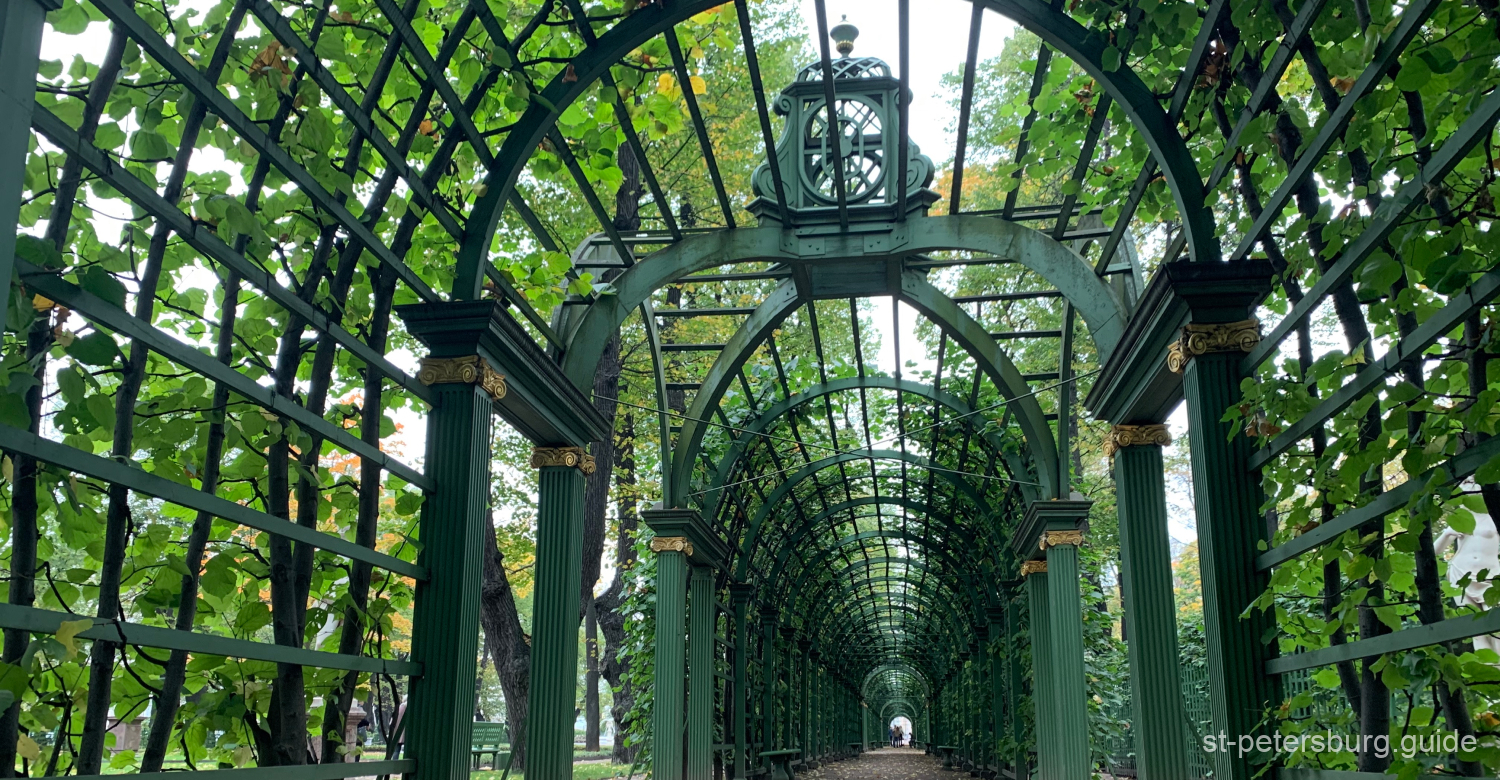 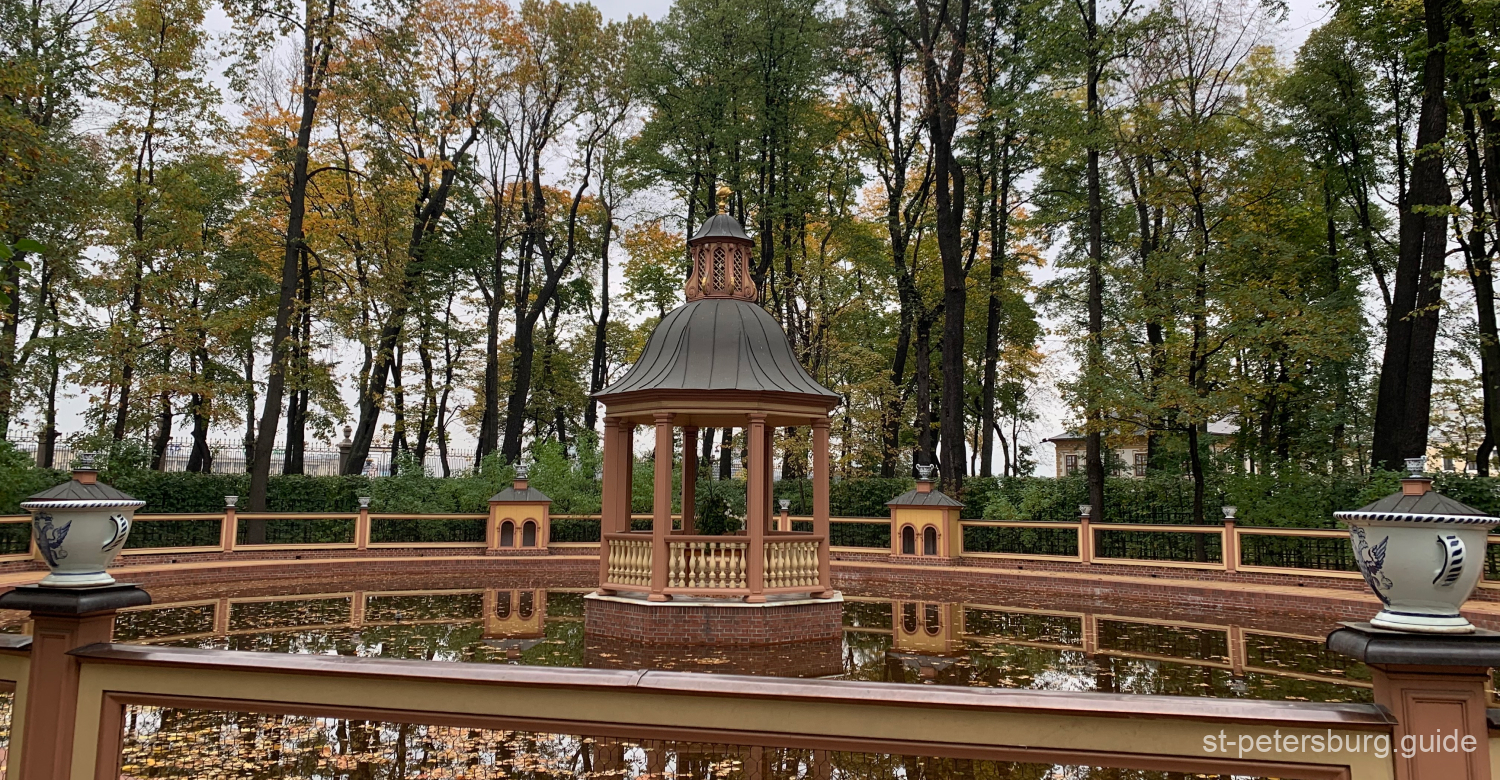 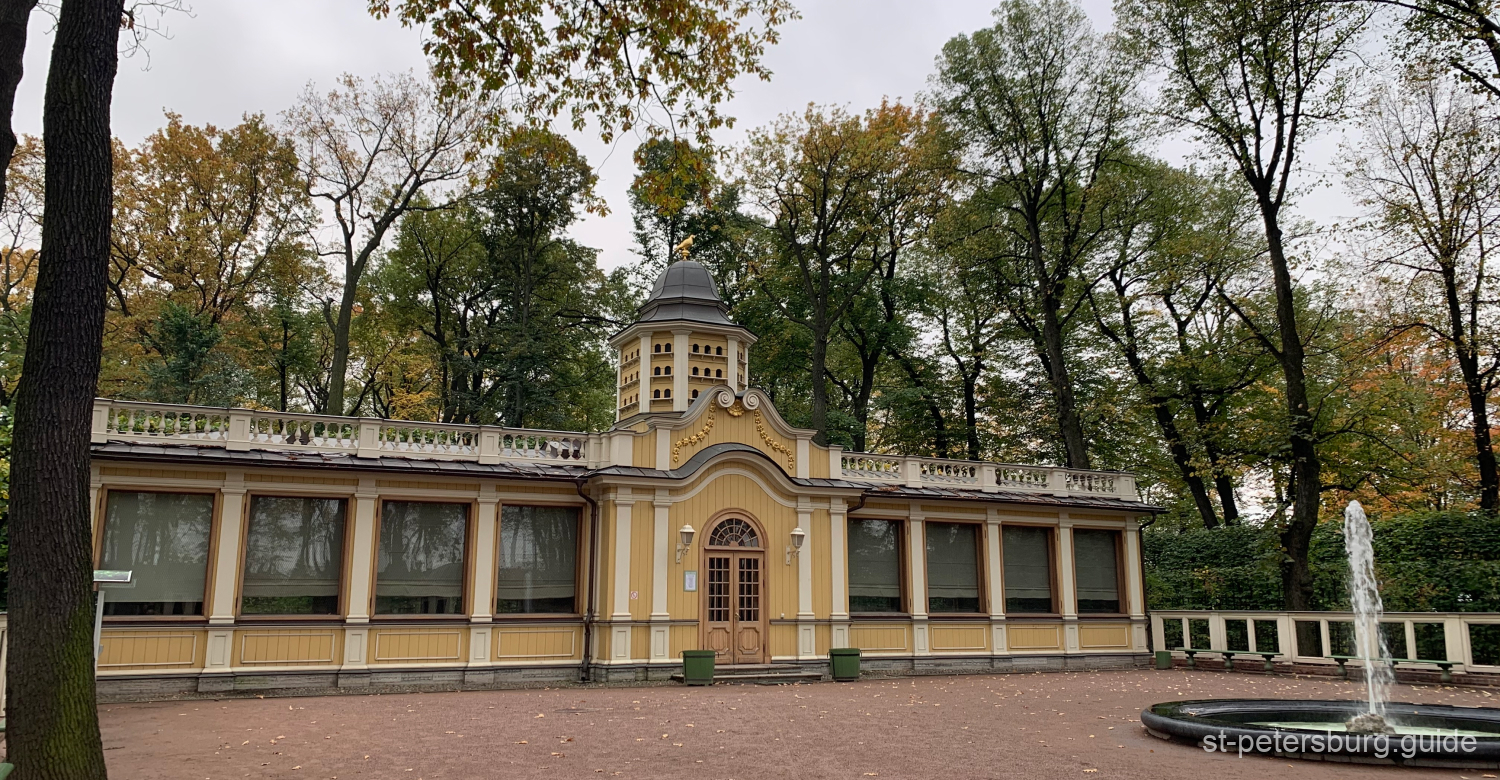 Fountains were established on the four parts of the garden. They were the first fountains in Russia, very beautiful and unique.The fountains were, of course, smaller than in Peterhof, but they were really making the garden more lively and attractive.

In 1725 there were 20 fountains, and by 1736 — over 50. In order for them to work a special canal was dug through, while a steam machine was used to pump water from Fontanka. Almost all fountains situated on the territory of the garden had their names. Unfortunately, less than ten are known. Most popular among them is Tsaritryn (Queen’s) fountain named about Catherine I who met her guests there.

Sadly, the strong flood of 1777 destroyed the fountains, lots of statues were lost and destroyed, as well as the labyrinth. Imperial summer residence was moved to the countryside, and Catherine decided not to reconstruct them.

During the reconstruction and capital renovation of Summer garden (2009-2011), only 8 out of 50 fountains were recreated. This was possible thanks to the archaeological findings and historical materials. The 9th fountain “Lacosta”, particularly its construction, is in the museum.

The main feature of the Summer garden were and still are its sculptures. Out of 91 sculptures 90 are copies. That was done to protect the originals from being destroyed by the linden juice coming from the trees.

Copies are made of marble chips with resin that make sculptures and busts look exactly like the originals. If you want to compare the copies to the original, go watch the sculptural composition “Peace and Victory” (original). You can see when turning left from the main entrance on Neva.

The rest of original works are stored in the Engineer’s Castle. They went through reconstruction, as practically each of them was missing either an ear or a nose, or a finger. 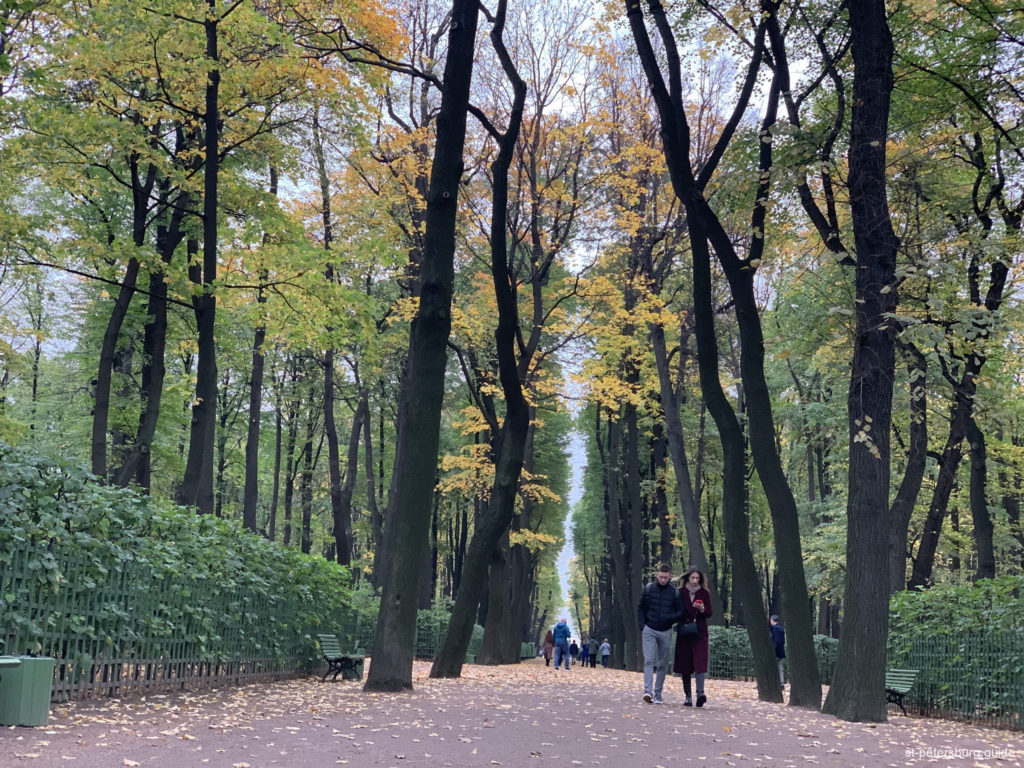 In the Summer garden you can also see a Coffee House, designed by Carlo Rossi and located at the Grotto, and a Tea House by Ludwig Charlemagne. Opposite to the Tea House you’ll see a statue of the great Russian writer Ilya Krylov, created by the sculptor Pyotr Klodt.

The fence of the Summer garden is another artistic masterpiece that was designed by Yury Felten. The project took 14 years from 1773 to 1786. The fence includes 36 granite columns with vases and urns that are connected by the metal lattice with golden details. There you can see a memorial plaque stating the place where in 1866 the revolutionist Karakozov shot Alexander II. 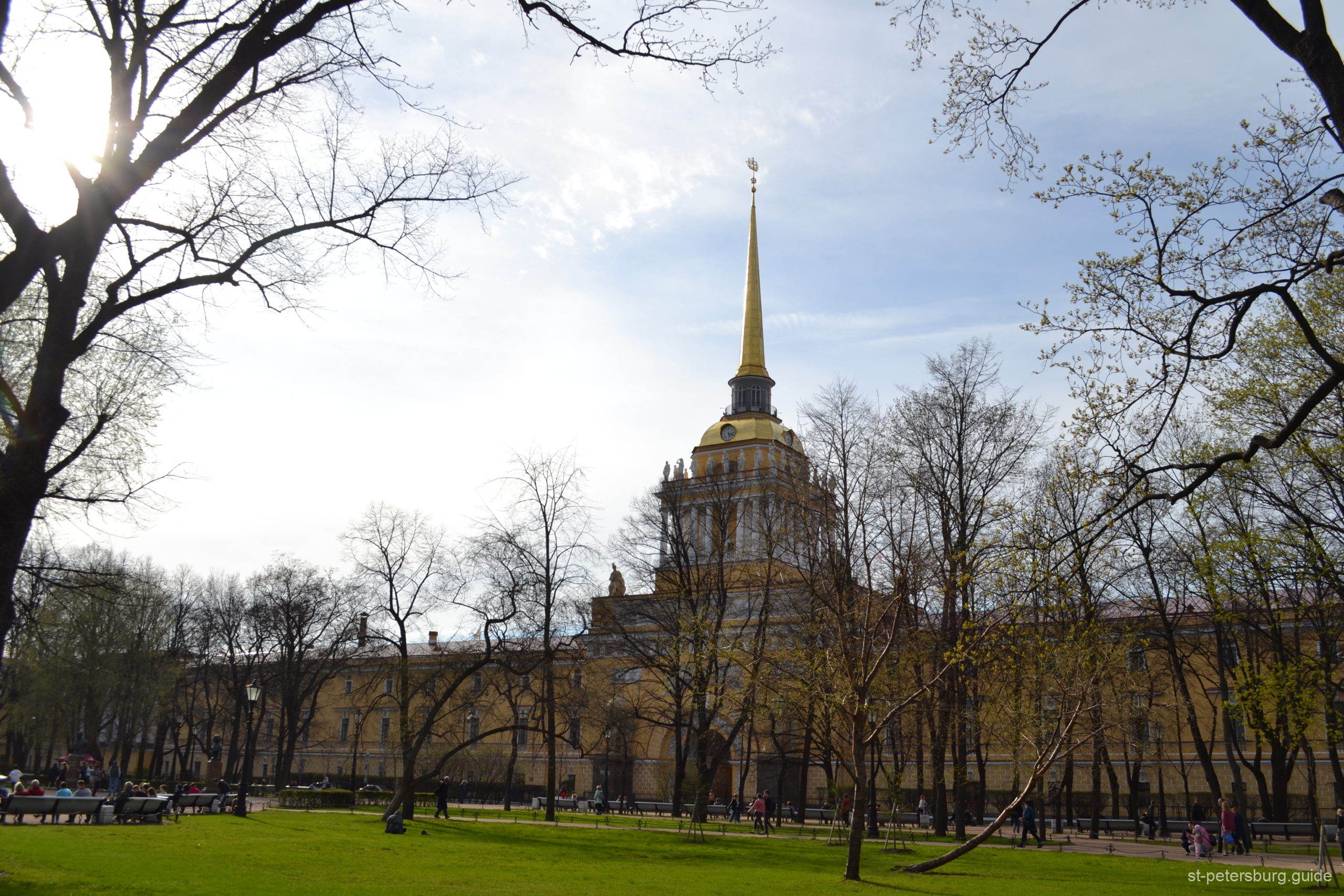 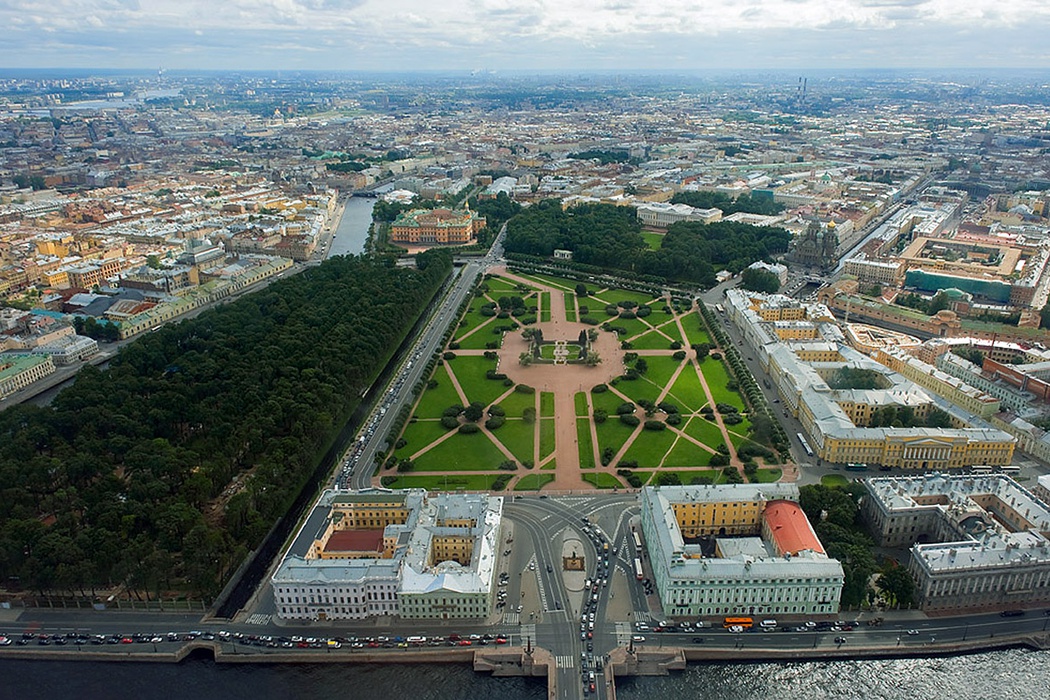 Summer Garden is a part of my private tours: