Home » What to see » In the suburbs » Oranienbaum

The palace and park ensemble “Oranienbaum” is located in the city of Lomonosov, so named in Soviet times in honor of the great Russian scientist Mikhail Lomonosov. It is located on the southern coast of the Gulf of Finland, 40 km from St. Petersburg near Peterhof. In addition to the ensemble, the pre-revolutionary name of the Oranienbaum locality is also the railway station of the city.

The construction of the Grand Palace for Prince Menshikov in Oranienbaum was completed in 1727, but the happy owner could enjoy his luxurious suburban residence for a short time, as soon after the death of his patrons, Emperor Peter 1 and then his wife Empress Catherine 1 fell into disgrace and was exiled to Siberia. The once richest and most powerful Russian nobleman was deprived of property and titles and ended his days in a small shack in poverty and disease.

The Menshikov Palace in Oranienbaum (now Lomonosov) is one of the few architectural monuments of the first decades of the 18th century in the so-called Petrine Baroque style that has survived to its present day in its original form. The main building of the palace is two-story. One-story wings unfurled by an arc adjoin it on both sides. They end with high pavilions – Church and Japanese. To the pavilions on the south side adjoin the outbuildings – the Freylinsky and the Kitchen, which limit themselves to the Main Courtyard (kurdoner). In front of the northern facade of the Grand Palace is a regular Lower Garden. It is located on a slope formed by a high ridge of the coastal part of the Gulf of Finland, covering an area of ​​4.8 hectares. 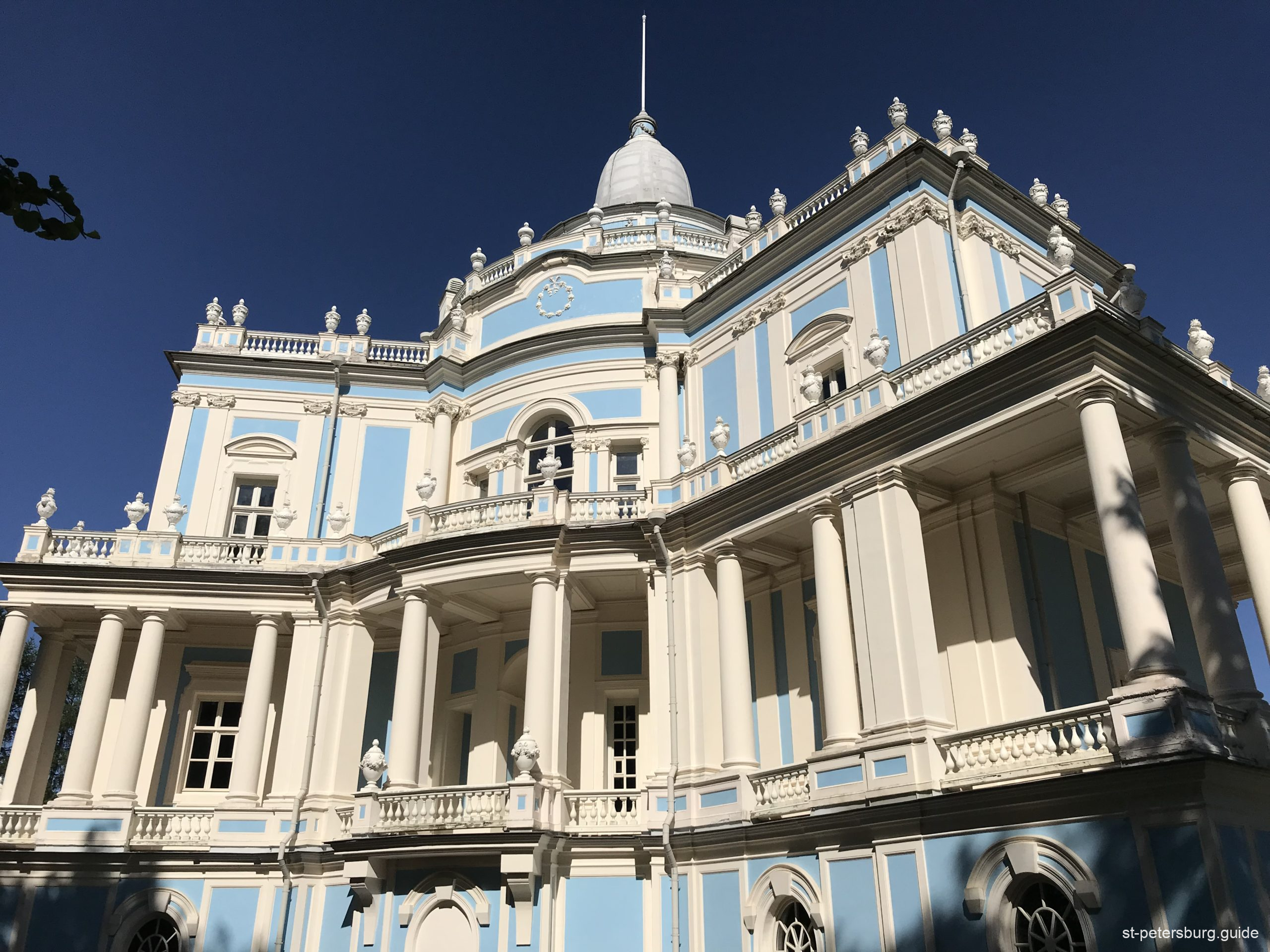 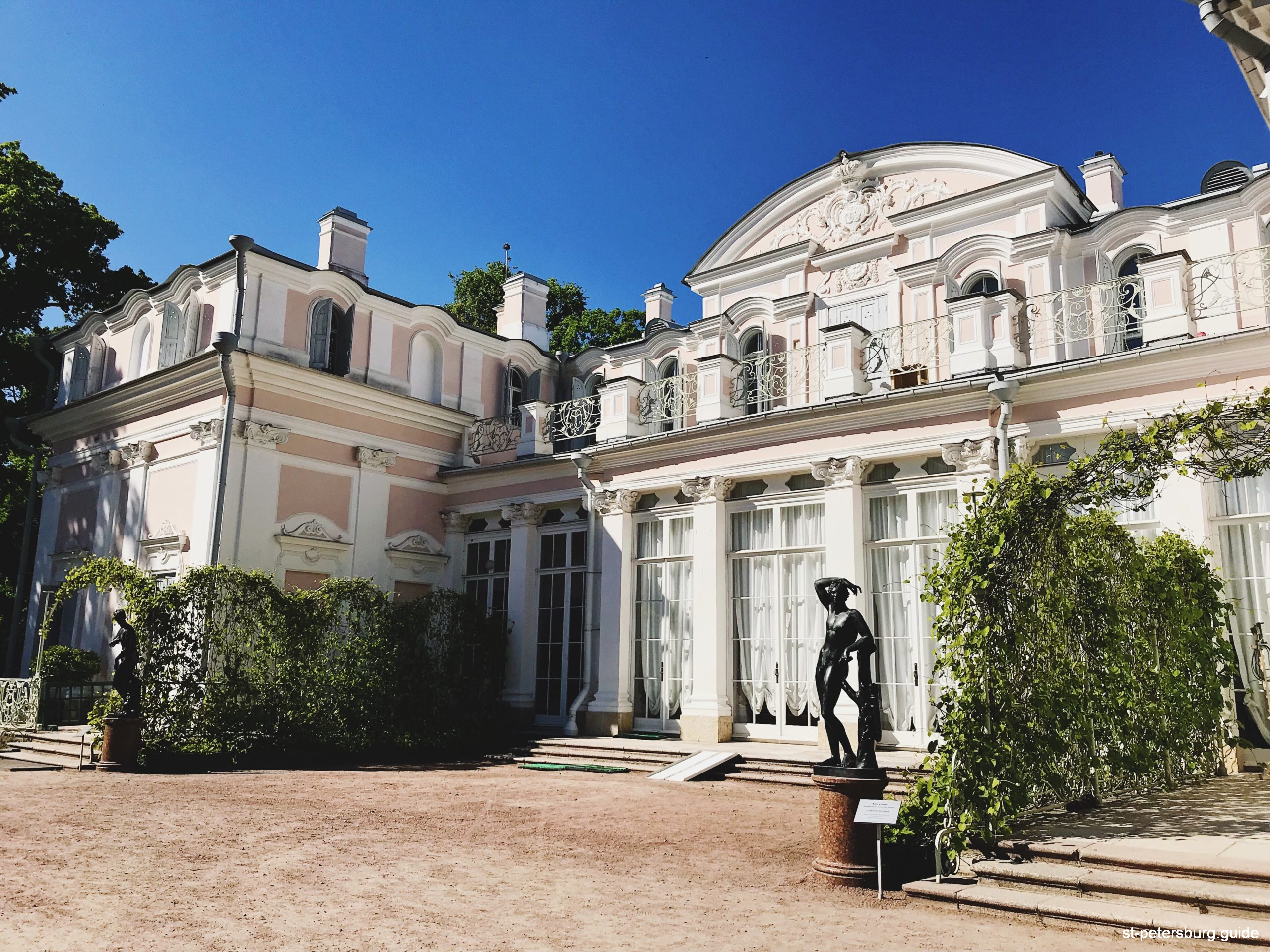 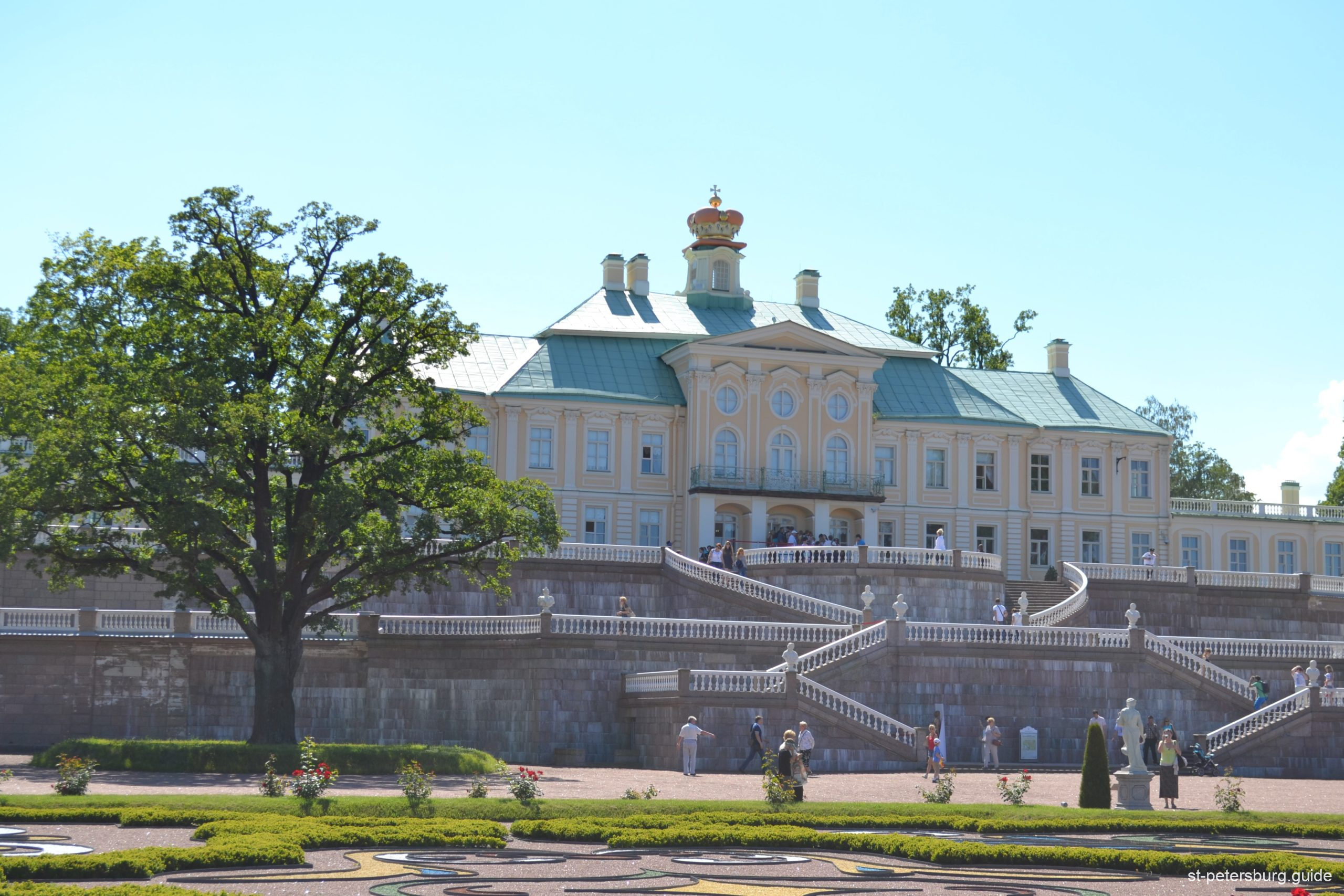 In addition to the ensemble of the Grand Palace, the Oranienbaum complex also includes the Peterstadt ensemble and the Own Dacha ensemble, located in the Upper Park with a river and ponds on an area of ​​160 hectares behind the southern facade of the palace. They were built after the former Menshikov estate was taken into possession of the crown and became the imperial residence. Of particular interest is the Chinese palace built for Catherine 2 with completely magnificent and unique interiors in the Rococo style. As, for example, the Bugles room, the walls of which are decorated with panels drawn from thousands of tiny glass beads and landscapes embroidered on them with chenille. Created in the second half of the 18th century, they came to us almost in its original form. 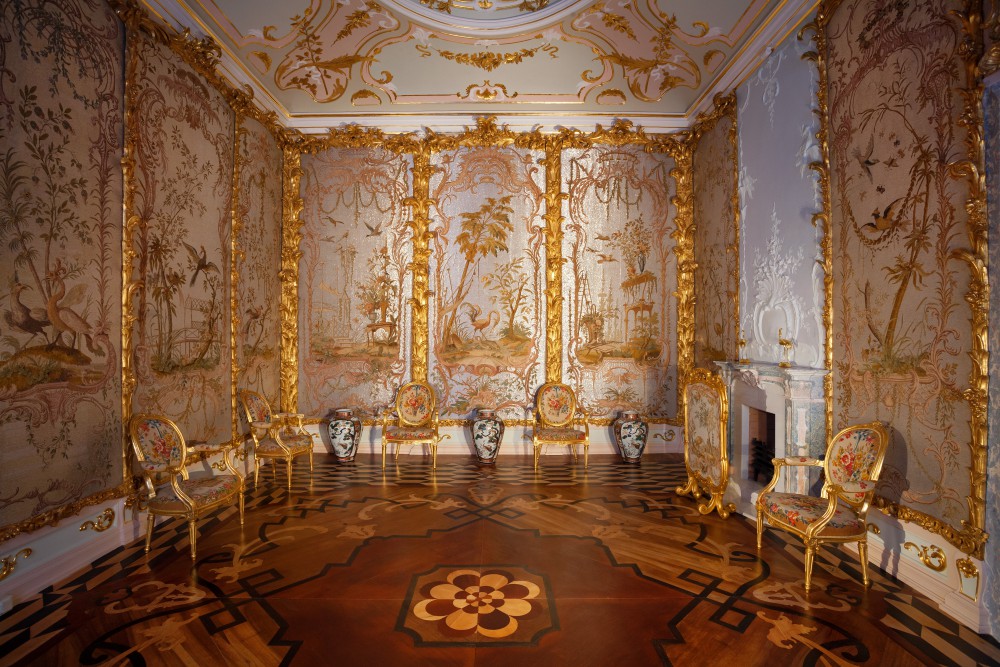 Cabinet in the Chinese Palace, Oranienbaum. Photo taken from the website >

Oranienbaum is the only one of the suburbs that during the years of World War II was not destroyed by the Nazi invaders. Damaged, but not destroyed during the war years, the palaces-museums and parks of the city of Lomonosov preserved in all their authenticity and originality the decoration of the 18th century. Therefore, they are of great artistic value as genuine architectural monuments, introducing us to the history and art of the past.

A visit to Oranienbaum will be a great addition to my next tours:

Peterhof city. Grand Palace and Parks
Peterhof is the «world’s capital of fountains», a tremendous extravaganza…

Pushkin city (The Tsarskoye selo). Catherine Palace
Immersed in greenery, friendly and cozy, this city - a… 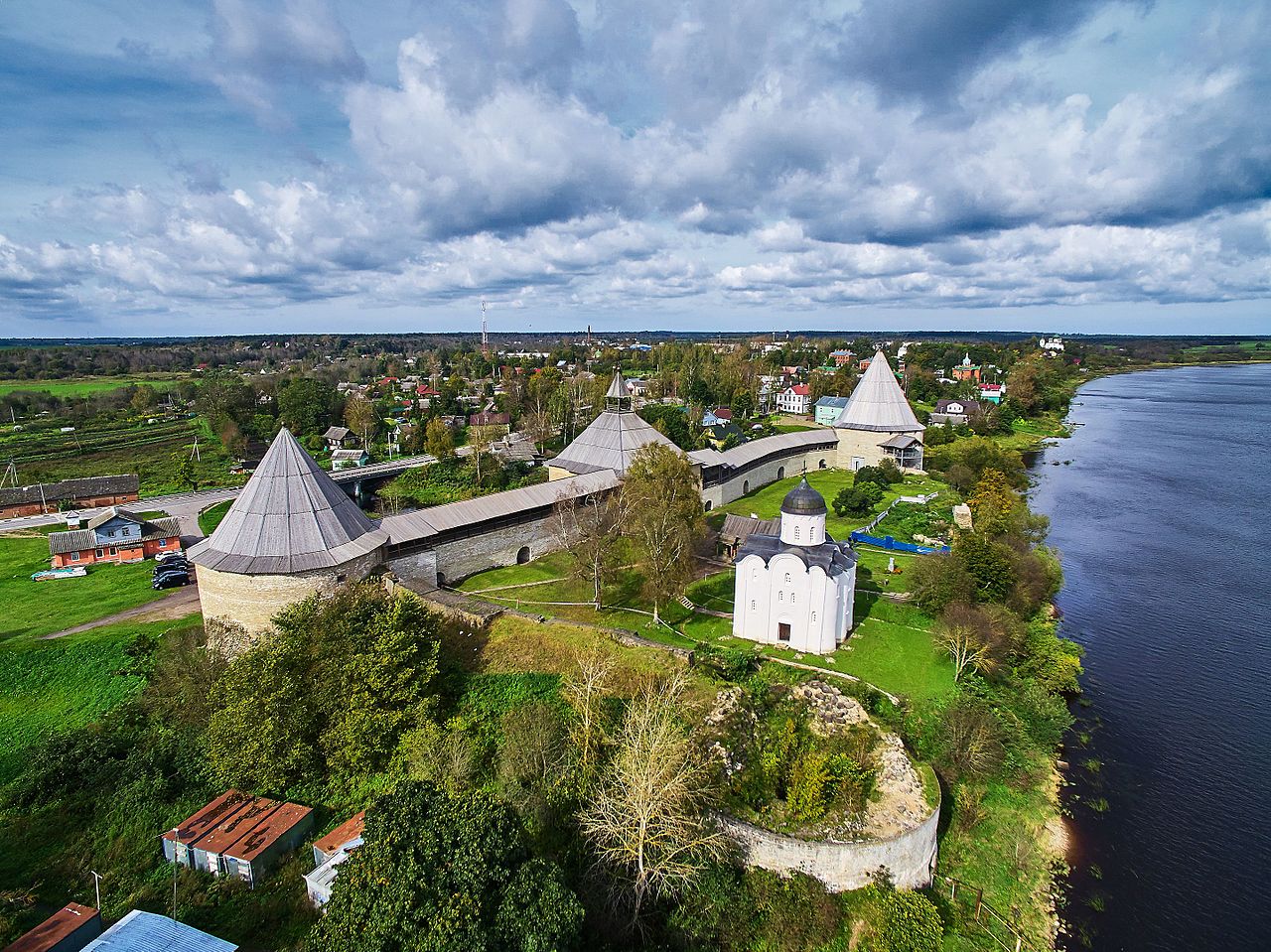