Headquarters of the Bolsheviks and Lenin

Home » What to see » Smolny Institute

European culture that started to establish in Russia in the end of the 18th century, brought lots of novelty in the life of Russian people. During the times of Peter the Great, there were the first schools for girls. That was the first step towards female education in the country. The real breakthrough took place during the reign of Catherine the Great, when she ordered to establish the Smolny Institute for Noble Maidens in Saint Petersburg. The first higher education institution for women in Russia opened on May 16, 1764.

The creation of such an entity belonged to Ivan Betsky, a public figure, an educator and Empress’s servant. Catherine actively participates in the institute’s life. She invested in its operations, visited the institute a lot and had long conversations with pupils. The Empress wanted the graduates of the Smolny Institute to be role models for all women in the country.

Smolny accepted girls from noble, but not rich families at the age of 6. They were from Russia and other countries, such as Sweden and Georgia. The education took 12 years. Within this period, pupils could not leave the institution either on their own, or at the request of the guardian. Thus, Catherine wanted to limit the influence of outside environment on the education process of students. In fact, it was not easy to get in the institute. It was necessary to pass Russian and French tests and has good religious education. The main criterion was still the origins of an applicant.

Students had uniform, regime and lots of studies. Despite strict rules, girls took part in the social life, for instance, they visited theatres, exhibitions and holidays in the Palace. After graduation, girls had almost 100% guarantee of getting employed.

After Catherine’s death, Smolny Institute was guarded by Maria Feodorovna, the wife of Pavel I. She changed a lot in Smolny. Girls could enter the institution at the age of 8 and studied for  years. The timetable was changed so to have hourly lessons, and twice a year students had exams. The students were grouped according to their academic results. Instead of becoming perfect maids of honor, girls were taught to be great wifes.

The Smolny Institute for Noble Maidens was closed in 1917. In October it moved to Novocherkassk, and the last graduation took place in February 1919 already there. In summer the Institute left Russia and continued its operations in Serbia. 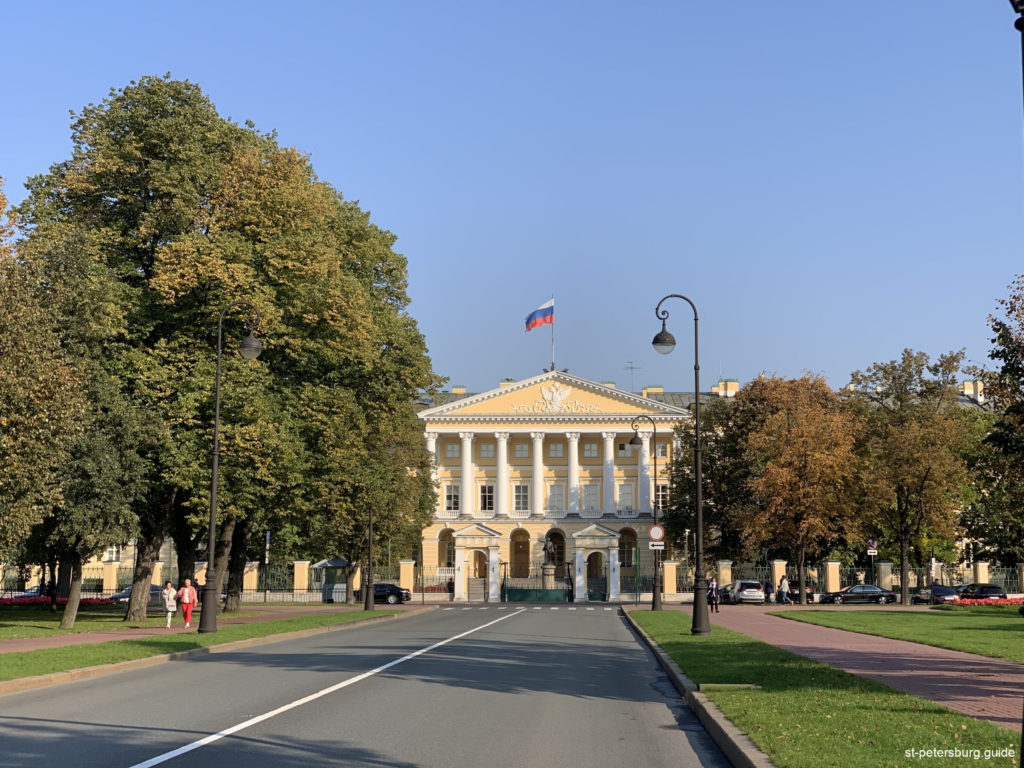 Architect Giacomo Antonio Domenico Quarenghi designed a special building in 1806, which was a part of the Smolny Cathedral. It is  a historical and architectural monument of classicism, a museum and a residence of Saint Petersburg governor. The building is especially known for its key role in the events of the October revolution of 1917.

The facade of the building was meant to be monumental, clear and simple, though solemn thanks to a 8-column portico with an arch at the entrance. The dominant inner part is a white hall where all the balls and official events took place. 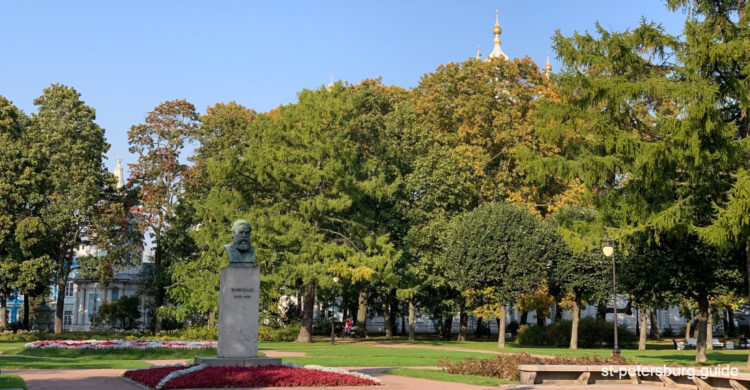 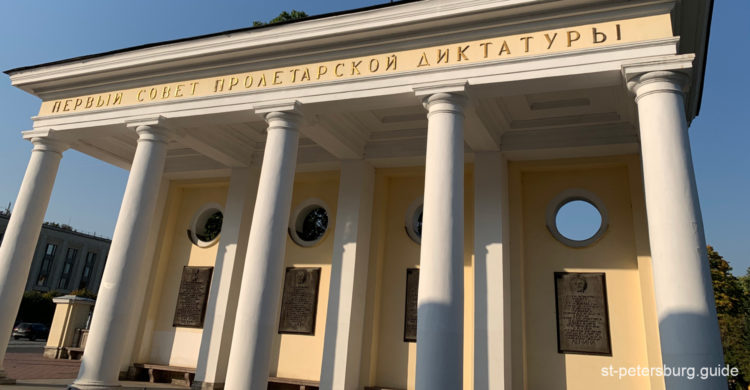 As the institute moved to Novocherkassk, the Smolny building got empty. It became the headquarters of the Bolsheviks. Until the capital was moved back to Moscow, Smolny was the government unit and Lenin’s headquarters.

To highlight the importance of Smolny in the revolutionary events, it was refurbished. Monument to Lenin, as well as bronze busts of Karl Marx and Friedrich Engels were established on the territory of the complex. From 1918 to 1991, the building was occupied by the Leningrad city council.

From 1996, the building of a former institute serves as an official residence of Saint Petersburg governor. There are several museum exhibitions that illustrate the story of the building, open for public visits.