Or Peter the Great Bridge

One of the most tremendous engineering constructions of Saint Petersburg, Bolsheokhtinsky bridge is often compared with the Eiffel tower thanks to its metal, look-a-like bracing and elements.

Nowadays it is a popular transportation and pedestrian bridge that connects the historical region Okhta with the city centre. From the Northern side of the Bolsheokhtinsky bridge you’ll see Smolny Cathedral. In general, the bridge itself and the view from it are very beautiful, thus, attract a lot of attention. It is a drawbridge with a rising middle span.

The idea to build a crossing across the Neva river close to the Okhta river was discussed several times. Nicolas I included the construction process in the city development plan in the beginning of the 19th century. However, due to some financial problems, the offer was postponed. In 1860 another try to establish a crossing was made, but then it was impossible to agree on the actual location of the bridge.

Seven years later, the State Council agreed to place a bridge so it connected Smolny Cathedral and  the Kreiton Shipyard. In 1901, an international construction contest was announced, but none of 16 contestants were actually chosen. An out-of-competition design by G. Krivoshein and V. Apyshkov was approved. However, it had to be updated, a raising span was the one in the middle. 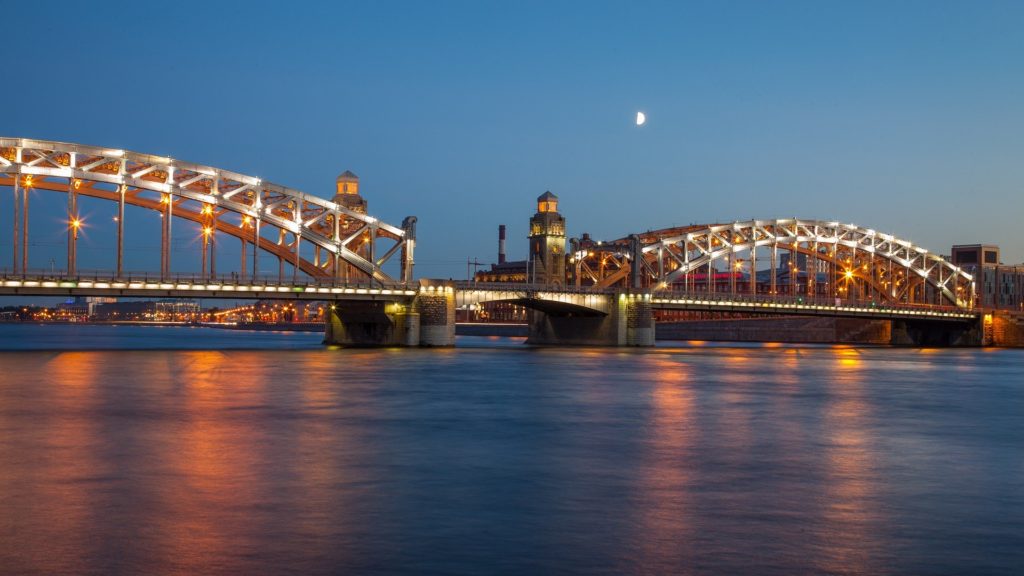 A solemn bridge laying took place in 1909. It related to the 200th anniversary of the Battle of Poltava. Thereby, it was suggested to call the bridge in the name of Peter the Great.

After its official opening in 1911, a part of insignificant construction works took place for about 2 years. They were led by a Polish company. A unique raising mechanism was assembled on the Saint Petersburg steel plant.

Since 1990, the Bolsheokhtinsky bridge is under the protection of the government as one of the objects of the cultural heritage of Russia. It has a regional status of importance.

The Bolsheokhtinsky bridge is 336m long and 26,5m wide. The mass of the metal constructions is almost 9 tones.

Its first name was the Bridge of Peter the Great. This name is written on the arch of the bridge, which initially caused some misunderstanding. People thought that the original name of the bridge was returned, however, it just was adorned so during the reconstruction in the 1990s.

There is a pedestrian area on the bridge. On the northern part of it, there is an observation deck. On the left side of the bridge there is a descent to water. The stairs on the right side were removed in 1983 after the construction of the road.

The southern part of the Bolsheokhtinsky bridge is decorated with two identical towers-lighthouses. They are 36 m high. The towers are accompanied with half-towers, decorated with pointed half-tents. 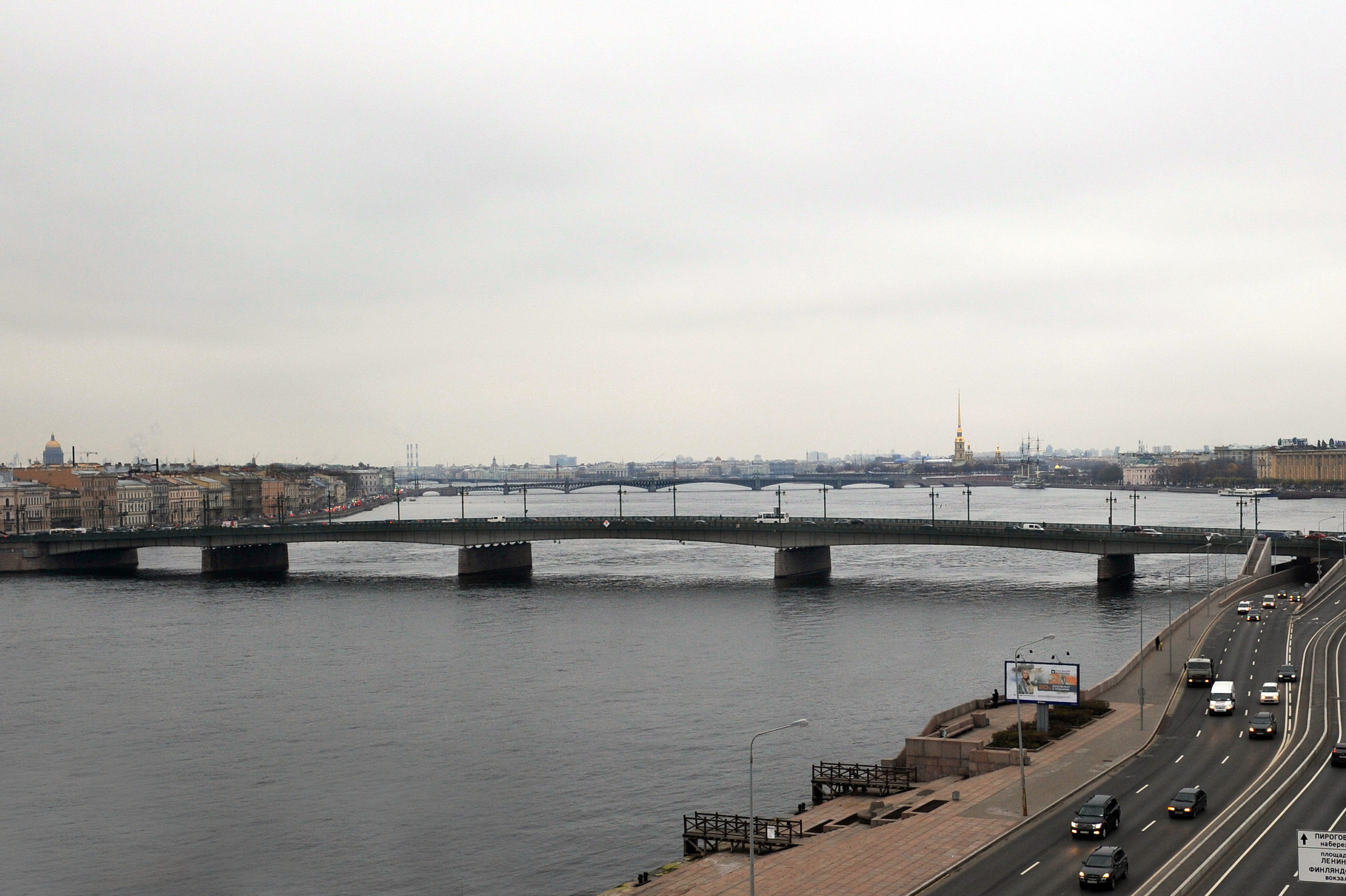 Bolsheokhtinsky bridge is a part of my private tours:

Also, you can customize a tour or book inside excursion to a close-by attraction.